Let Us Introduce You: Mark Reinking 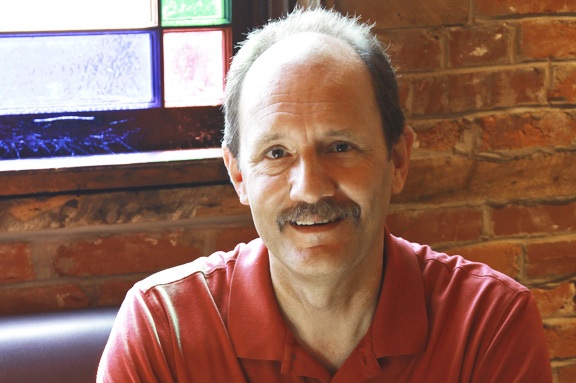 Working toward a master’s  degree in biology at Ohio State University, Reinking was identifying plants in an ecological study of an abandoned limestone quarry when one puzzled him.

“I showed it to my advisor who was a botanist by training. He couldn’t identify it, and he knew every plant in the state of Ohio. We knew something weird was going on,” Reinking said.

The quarry contained two species of the same genus. The plants were close enough genetically that they hybridized, creating a new species called Juncus x Stuckeyi.

“The colloquial name is Stuckey’s Rush. This was my advisor’s name who suggested I name the plant after him,” Reinking said.
After working as a high school teacher and coach for seven years, Reinking became intrigued by sports injuries and decided to pursue athletic training and physical therapy.

“Much of what we do in the rehab of athletes is teaching. It’s teaching about movement and position,” Reinking said.
After practicing as a physical therapist and athletic trainer for several years, Reinking came to SLU as a faculty member, becoming department chairman in 2007. To him,  SLU was more than merely a job opportunity.

“One reason for coming to SLU back in 1999 was the sense of community I felt at SLU – a community of students, staff and faculty. I continue to feel that way today,” Reinking said.

Reinking said that he Jesuit mission of service aligned with his ideals of physical therapy.

“Our professions are to serve. That’s just what we do,” Reinking said. “Professionally, I see ‘men and women for others’ as my job in serving people in pain, people who are injured, people who have disease, and helping them in their recovery.”

Reinking’s particular research interest is in injuries related to running. He collaborates with other faculty from SLU to develop models to predict injury risk factors.

In addition to research and teaching, as chairman, Reinking is pursuing a vision to build nationally recognized programs in the Department of Physical Therapy and Athletic Training.

Though the Physical Therapy Department originated 77 years ago and Athletic Training was added in 2007, Reink- ing said he has equal concern for the growth and development of both programs.

“Through the years, we have grown as a program in our reputation. We have some nationally-recognized scholars in our faculty,” Reinking said.

Outside of scholarship, Reinking plays guitar at his church and cycles. He said he plans to participate in an upcoming 150-mile ride that will raise awareness for multiple sclerosis. Whether he is biking, researching or developing academic programs, Reinking’s life centers around the ideals of the Jesuit mission.

“Life, to me, is more joyful when it is spent in service rather than spent on self. [SLU] is a good fit. It’s a place where it’s more than being an academic,” Reinking said. “There’s a human side that I truly appreciate.”