Let Us Introduce You: Luke Ducey 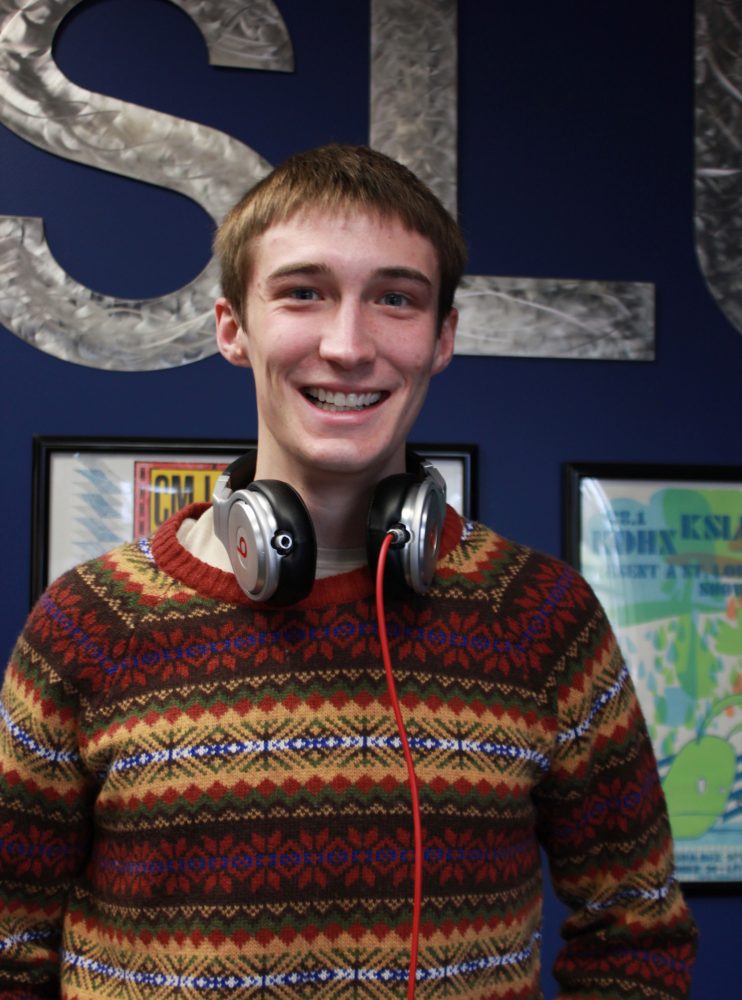 Junior Luke Ducey wears pink pants every Friday. While this is a regular occurrence now, the tradition began because of a simple misunderstanding.
“I was talking to this girl in KSLU on a Friday and I was wearing pink pants,” Ducey said. “Then I saw her the next Friday and I was wearing pink pants again and she was like, ‘Oh, I get it! Pink Pants Friday!’ And I was like, ‘Oh…yeah…’” and it just kind of stuck.”
Ducey has a different color for every day of the week, but most recently, he’s been rocking his bright blue jeans to show his support for the Billiken basketball team. He’s been to every home game this year.
While Pink Pants Friday was born in the studio of KSLU, the recurring pants-themed day is not the only frequent activity Ducey participates in, thanks to the Saint Louis University radio station. He has been a disc jockey there since his freshman year and currently serves as KSLU’s event director, following in the footsteps of his older sister, Leah, who held the same position until she graduated in 2011.
“I have a radio show every Sunday and I play like an alternative, indie music kind of show,” Ducey said. “My parents are my No. 1 fans, though, so I do play some oldies for them, as well as the occasional rap song.”
Last year, Ducey also began a Minecraft talk show on Mondays during which he and some friends would discuss the game on air.
His favorite part of KSLU so far, however, has been the people he’s met while working there.
“It’s really fun to walk around campus and see people from KSLU who appreciate music just as much as I do,” Ducey said. “It’s really easy and free to join and a lot of people on campus don’t know that you can walk into KSLU and hang out in there. We have a TV, you get to meet people and you get to borrow CDs. It’s pretty cool.”
Though Ducey spends a lot of time with the radio station, he is studying a field quite far removed from music. He is majoring in geology, a subject he has been interested in since he was young.
“A long time ago, we had this creek that went by my house in Tolono, Ill., and my parents, my sister and I would all go down to this creek and take out rocks for the rock bed or use them for landscaping. I had a fascination with them,” Ducey said. “My dad also used to be jeweler. I’ve just liked rocks ever since.”
When not studying rocks, Ducey also spends his time at his internship with Allied Marketing, promoting movies and going to free screenings in the St. Louis area. He also uses his free time to play baseball, basketball and go biking in Forest Park.
“I also play a lot of Settlers of Catan,” Ducey said. “I got the board game like a month ago an we’ve already played over 30 games.”
Tune into Ducey’s radio show every Sunday from 1-2 p.m. and feel free to join him in celebrating Pink Pants Friday.
“I’m trying to get Pink Pants Friday trending,” Ducey said.