Let Us Introduce You: Jessica Perolio 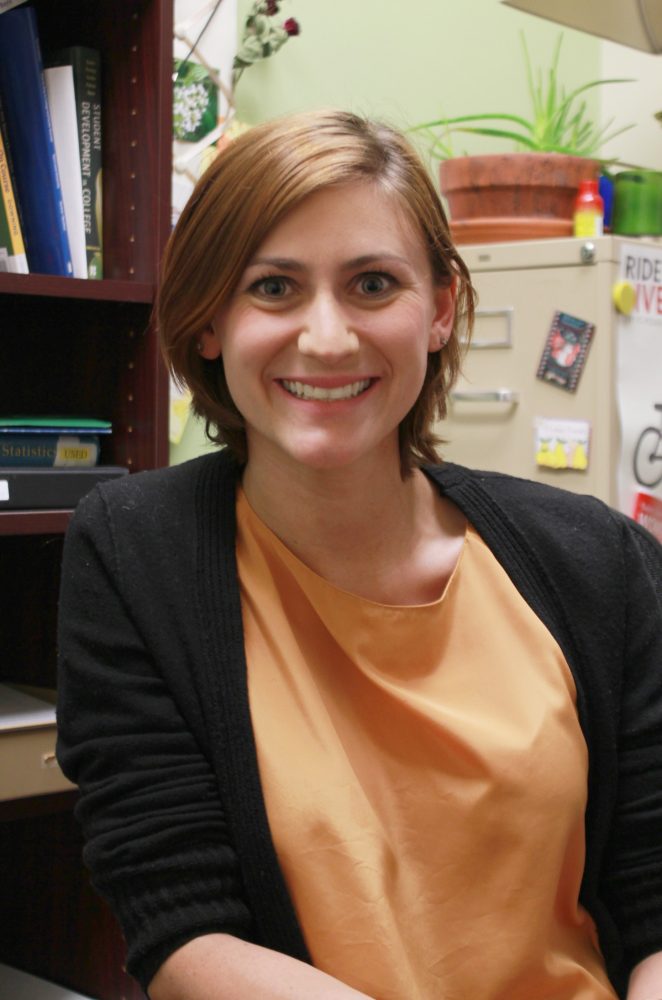 Jessica Perolio, program director of Academic Support and Writing Services, came to Saint Louis University for a graduate degree in English, but she stayed for the people she found here.

“My favorite part of this is definitely the people I work with,” Perolio said, “The writing consultants are such an energetic, passionate, hilarious group of people. We have so much fun. They’re always so engaging and are seriously devoted to working with students.”

Perolio, who is in the last semester of her doctorate work in higher education at SLU, came into her role on campus after working in the writing center as a graduate student. She took on the job because she really enjoyed the individualized, one-on-one attention she was able to give students who came to her for writing advice. Since taking the job, she has seen the writing service not only grow in way of clients and staff, but also in the diversity of services they offer.

“We are a lively office,” Perolio said. “We train to consult in writing across disciplines, so we have thousands of students using our services every year.”

Perolio not only manages the staff of writing consultants, but also hosts workshops in writing on campus and teaches a class in the English department specifically on writing consultations.

After she gets her doctorate degree, Perolio said she hopes to continue to work in higher education programming, service and administration. Though she is leaving her job in Academic Support and Writing Services at the end of the academic year, she will be staying at SLU as the assistant director of the honors program beginning next fall.

“I will probably just take opportunities as they come to me and walk through doors as they open,” Perolio said.

Her favorite part of SLU so far has been the variety of students she has encountered here.

“A SLU student is a really interesting person to work with because I’ve never seen a campus with students so committed to service and this idea of social justice,” Perolio said. “Between the students and the staff, that’s why I’m staying here.”

Beyond improving the writing abilities of SLU students, Perolio said she really enjoys running. She has participated in several marathons, half marathons and other races.

“You can always find me in Tower Grove or Forest Park logging miles,” Perolio said.

In her spare time, Perolio enjoys being outdoors, either camping, hiking or rock climbing. She also likes spending time with her friends, hanging out with her two poodles, Scout and Libby, traveling to different wilderness locations and drinking really good coffee.

“I really like coffee,” Perolio said. “I think my favorite coffee shop right now is Sump, which just opened up on Cherokee Street.”