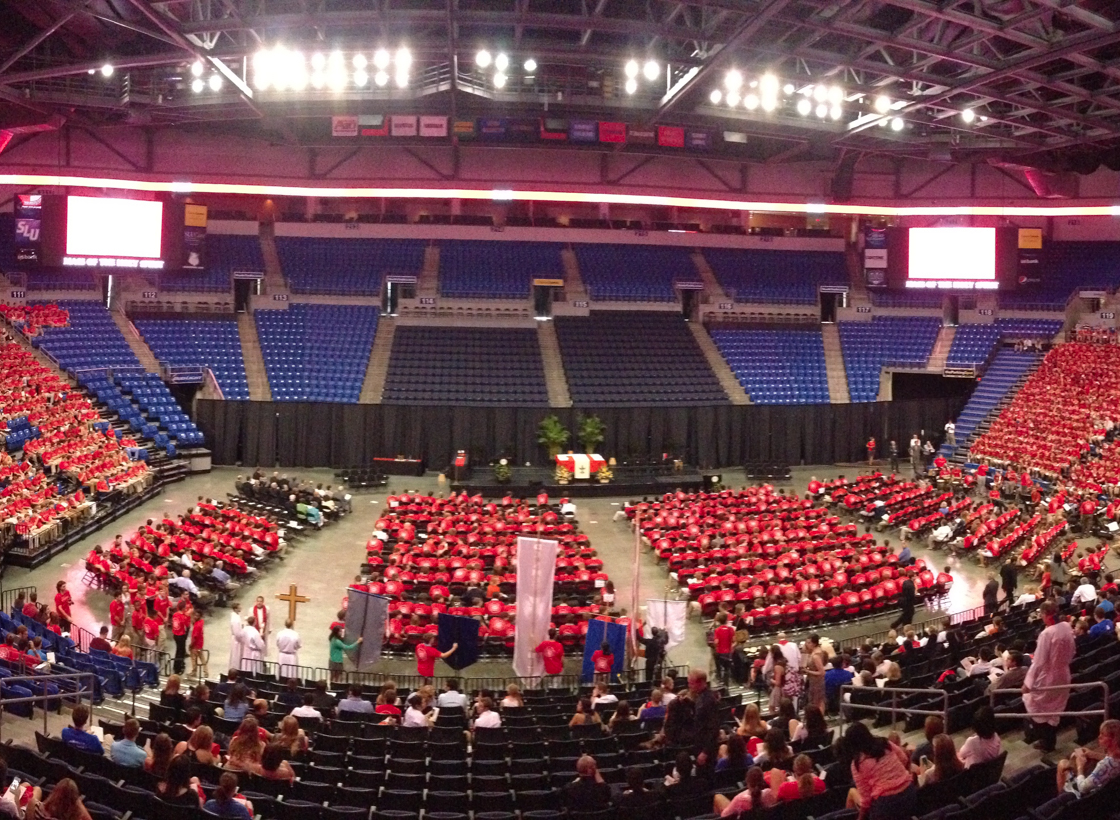 Mass: Students and faculty gather for the Mass of the Holy Spirit at Chaifetz Arena. Max Hammond/ Contributor 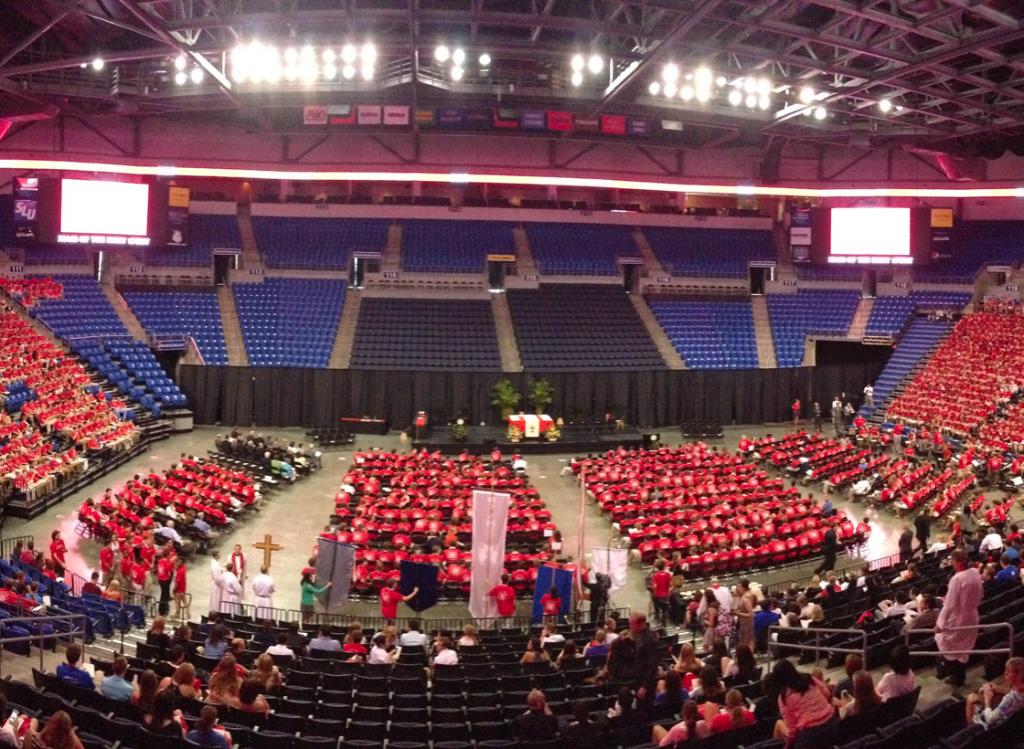 Mass: Students and faculty gather for the Mass of the Holy Spirit at Chaifetz Arena.Max Hammond/ Contributor

Chaifetz Arena turned from blue to red last Thursday as students, faculty, and fellow St. Louisians dressed in red t-shirts and gathered under one roof for a unique experience. SLU and St. Louis area Jesuit high schools ushered in a new academic year with an enthusiastic turnout to the Mass of the Holy Spirit.

When one thinks of Chaifetz Arena, Billiken athletics and concerts are typically the first things that come to mind. The morning of Aug. 28, however, ushered in a new occasion for the arena, as harmonious voices replaced screaming students and an orchestra replaced amplifiers and mixers. The Mass of the Holy Spirit brought a whole new game to St. Louis. It was one of prayer, worship, and compassion within a diverse community in order to achieve the same goal of inspiration.

“Jesuit high schools [and] colleges have been celebrating the Mass of the Holy Spirit at the beginning of the school year for centuries,” said Dr. Geoff Miller, an assistant professor of Biblical studies here at SLU. Miller reminds us that the motivation is for Catholics, and more specifically Jesuits, to “call on the Holy Spirit to help inspire us”.

This Mass has a history that started almost half a millennium ago in 1548 when the first Jesuit school opened in Messina, Italy. Though this Mass is celebrated by a majority of Catholics later on in the year, Jesuit tradition is unique in that it has always called for this Mass to be celebrated at the start of any school year. It serves the ideology behind every Jesuit school that revolves around furthering academic excellence and charitable works with the help of spiritual guidance.

This year’s Mass represented a milestone for the area’s Jesuit community, as it marked the first time that senior students and faculty from all four major Jesuit educational institutions in St. Louis were present. These schools included SLU, as well as all three of the major Jesuit high schools in the area, De Smet Jesuit High School, Loyola Academy and St. Louis University High School. Reverend Paul Stark, the vice president of Mission and Ministry here at SLU, considered this a “momentous” occasion for the unification of the Jesuit community. Stark continued in congratulating the senior students and faculty at these institutions for their efforts in planning the Mass.

The Aug. 28 Mass strengthened the sense of shared tradition between the student bodies of St. Louis Jesuit schools, as well as of the St. Louis community itself. Members of the faith were able to sing and be together to celebrate divine inspiration and ultimately express the genuine message of the Mass; that eventually one must let go of their differences and come together for a bigger purpose. To reinforce this idea, the prayer calling to the Holy Spirit was given in eight different languages, each presented by a different student. From traditional Latin to modern German, each prayer was unique.

With high energy levels and a sense of community, the Mass of the Holy Spirit set a hopeful and positive tone for the school year. It was an experience that participants can cherish until next year’s celebratory mass.

As SLU closes in on its bicentennial, the Mass highlighted the school’s commitment to its faith.