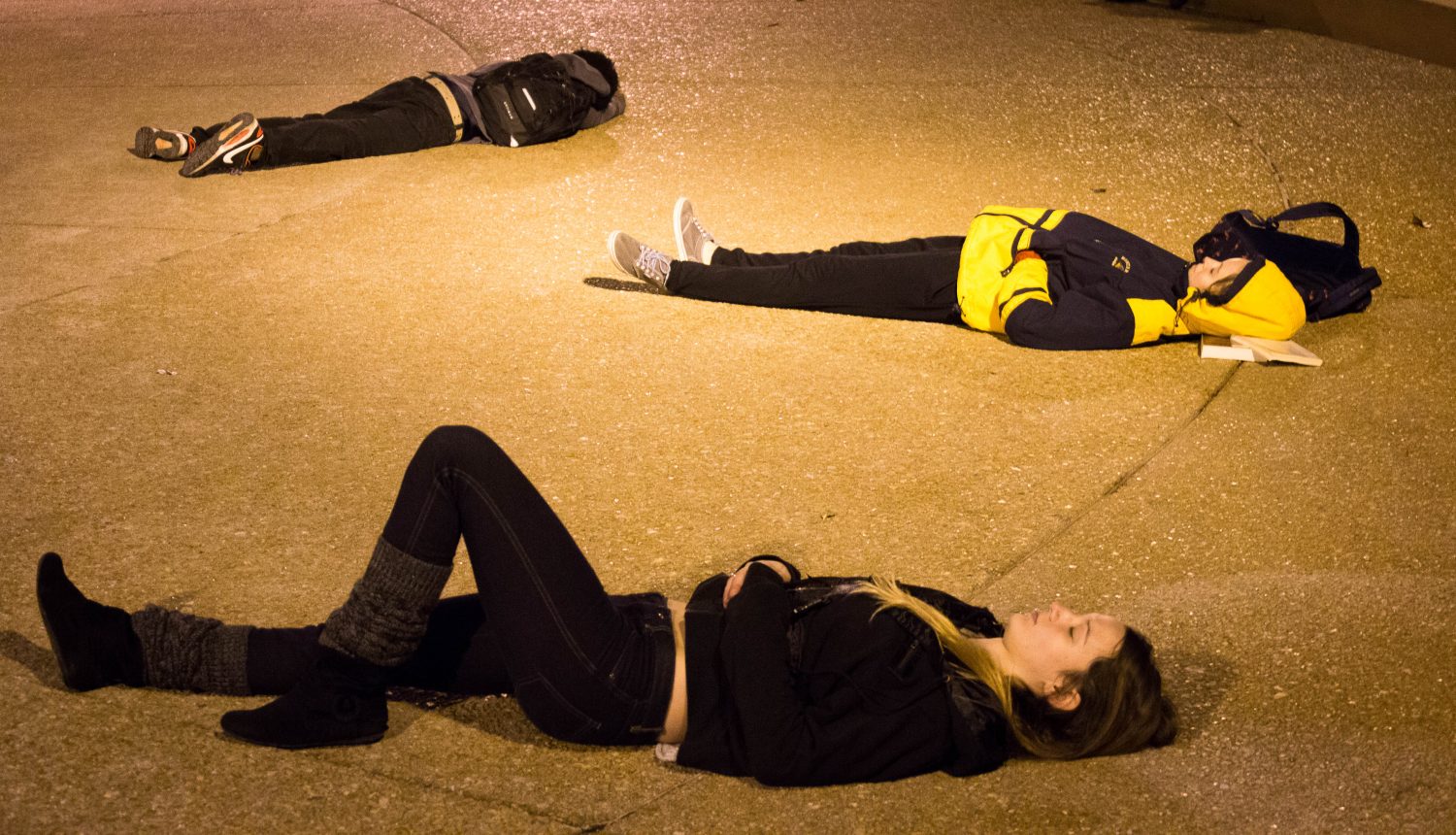 In September, only weeks removed from the events in Ferguson, Mo., Saint Louis University President Dr. Fred Pestello expressed his belief that SLU had a unique role in steering the St. Louis community to confront and address the societal problems brought to light by the death of Michael Brown.

“I think what’s incumbent upon us is to consider both as a university and as a community, what must be done … to try and address and alleviate some of these problems, realizing that anything that’s very short term or superficial is not going to have a lasting impact. These are problems that require deep and sustained engagement to make progress. But, if anything, it has called our community to thought and action, and I would like to see our University participate in that,” Pestello said in an interview in September.

And now, with the grand jury’s decision to not indict Officer Darren Wilson, Pestello has reiterated the University’s opportunity to once again facilitate dialogue, and he praised SLU’s response to the grand jury decision and the protests that followed it.

“I was heartened that we continued to respond in ways that are consistent with our Jesuit mission and values,” Pestello said in a recent email to the University News. “Many of our students, faculty, and staff joined in prayer, formal conversations and peaceful protesting. I am proud of everyone who is struggling to understand, engaging in conversations on related topics and acting to make a difference.”

SLU has hosted a number of dialogues, peaceful protests, prayer vigils and community events in the months following Michael Brown’s death, and all of these are part of the University’s response to what is widely recognized as a realization of racial social conflict highlighted by the events in Ferguson, and the grand jury’s decision to not indict.

“[Here] you take a case where it’s one case, and it’s standing in for a whole group of problems, and then we fight about the facts of the case, which are not the systemic problems in and of themselves,” said SLU Political Science professor Dr. Morgan Hazelton, who holds a law degree.

But Pestello said that he thinks the peaceful dialogues and prayer vigils hosted by SLU have gone “very well.” In addition, he noted, “we have sought common ground, rather than dwelling on our differences or fueling suspicion and fear … I am enormously proud of how our SLU community has responded during this difficult time for our city and region.”

While peaceful discussion about the facts of the case have been important, campus safety following the grand jury’s decision to not indict has been at the forefront of the SLU administration’s agenda. After protesters — both students and non-students — camped out at SLU in what has become known as “Occupy SLU,” Pestello and the administration moved quickly to understand the situation, from the perspective of both the protesters and those not demonstrating.

“In October,” Pestello said, “I convened a working group that includes community activists, as well as SLU faculty, administrators, staff and students. We have been meeting to discuss an array of issues, including ways we can enhance the ability of minority students to access a SLU education and to be successful once they are enrolled.”

When asked what role SLU can play in the evolving discussions on race relations that have come from the grand jury’s decision to not indict, however, Pestello’s response echoed what he said in September.

“As a premier Jesuit research university, we have an important role to play,” he said. “We must bring to bear the creative, intellectual and economic energy we have at SLU, combined with the compassion that lies at the center of our faith, to join with others in leading St. Louis to a better place … Our collective response as a region can and should serve as a model for addressing the entrenched problems that have surfaced.”