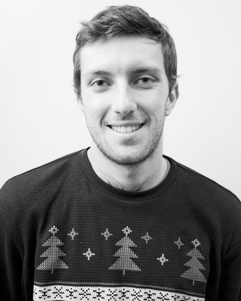 The main goal of the OccupySLU protests that occurred back in October — or indeed, of any protest — is to spark conversation. In that regard, it succeeded remarkably.
In fact, the reverberations of the weeklong sit-in are still being heard today.
For those who haven’t heard, SLU has commissioned a monument to capture “the spirit and importance of the demonstration and encampment.” This “mutually agreed-upon artwork” was one of the university’s 13 promises listed in the Clock Tower Accords, which ended the protest.

So, in the spirit of open dialogue, people took to the Internet to contribute their thoughts (all comments posted exactly as they appear):
“And we can all meet there annually and defacate on the sculpture. And dump our litter around it. (All to preserve the spirit of the occupy movement, of course)” writes John Breland, a “Top Commenter” on conservative website The College Fix, where the article first appeared.
“Couldn’t be too hard to sculpt a turd,” says commenter “Star” on Moonbattery.com.
“Ted”, on the same site, is evidently excited at the thought of combining his two favorite hobbies: “FINALLY, an EXCELLENT place to take a DUMP while making statement!”
But it’s not all just feces-based insults. Some people contributed possible solutions to systemic social issues like institutional racism and police brutality:
“Why not do what the euros are doing when they turn over parts of their cities to the [muslims] who have made it unsafe for any non [muslims] to be in their hoods” asks user “Tacoma Tuttle,” in one post.
Now before you start throwing accusations of racism, let’s give our friend Mr. Tuttle here the benefit of the doubt; perhaps the ‘euros’ have found a satisfactory solution for all parties.
In a forum post on dawgshed.com, one user contributes his thoughts: “Hope, the only hope I had was hoping the ‘po po’ would shoot the rioters on live TV. I was hoping for an all out war zone where the ‘po po’ took out the rioters like the Chinese did to the protesters in tinenman square. That’s what Iwas hoping for.”
Okay, well this might be a little harder to justify than Tuttle’s muslim-relocation program, but inability to type aside, all he really wants is a tough stance on crime. It’s not like he’s outright calling for genocide, right?
“With every passing day is seems like humans need a real world war and one that does include the entire world and let good battle with sub-human scum like these maggots and muslims and ALL socialists and Communists.
OTHERWISE, there is no end to this constant state of unrest.” Mike, thegatewaypundit.com
… I give up.

Okay, so it’s pretty easy to cherry-pick morons and racists from online comment boards. That’s not a fair way to characterize all opponents to the proposed monument.
The people who really matter, of course, are the ones with money.
A group of alumni are angry that SLU never consulted alumni about the proposed statue, and the group is threatening to withdraw financial support from the university.
Now, it’s true that the school didn’t consult the alumni before commissioning this statue. Nor did they consult anyone before purchasing live palm trees for SLUruba, or the DPS Segways, or any of the countless statues littering SLU’s campus, baring their genitalia for the world to see.
Butch Geissman, former Billiken and founder of Avmats, an aviation company, told the St. Louis Business Journal that SLU’s administrators “picked the side with the protesters” and “don’t care about pissing off the alumni.”
Never mind that the same school that supposedly “picked the side of the protesters” is currently catching flak from the other side for hosting prosecutor Bob McCulloch at an upcoming law school symposium.
“Let’s see if they can replace the millions of dollars of support that they’ll lose,” he said. “Everybody is raging mad.”
Like a playground kickball player on the verge of tears because he didn’t get his way, the alumni are leaving, and they’re taking their ball with them.

“This seems like a blackmail tactic by the protest group,” said Ken Atkins, another alumni and soon-to-be-former donor. “And we could not understand how a private university could go forward with something based on strong-arm tactics.”
That’s strong-arm tactics as in “staging a protest,” not strong-arm tactics as in “a group of wealthy alumni threatening to withhold donations if their demands aren’t met.”
It’s worth mentioning that for all this controversy, the cost, design, and location of the monument have yet to be decided.

This is why I’d like to submit my own design for the monument: in the spirit of Martin Luther King, Jr.’s famous dream, I’d like to see a sculpture of children, of all different races, nationalities, and religions, standing hand-in-hand.
Because that’s how we’re behaving. Like children.