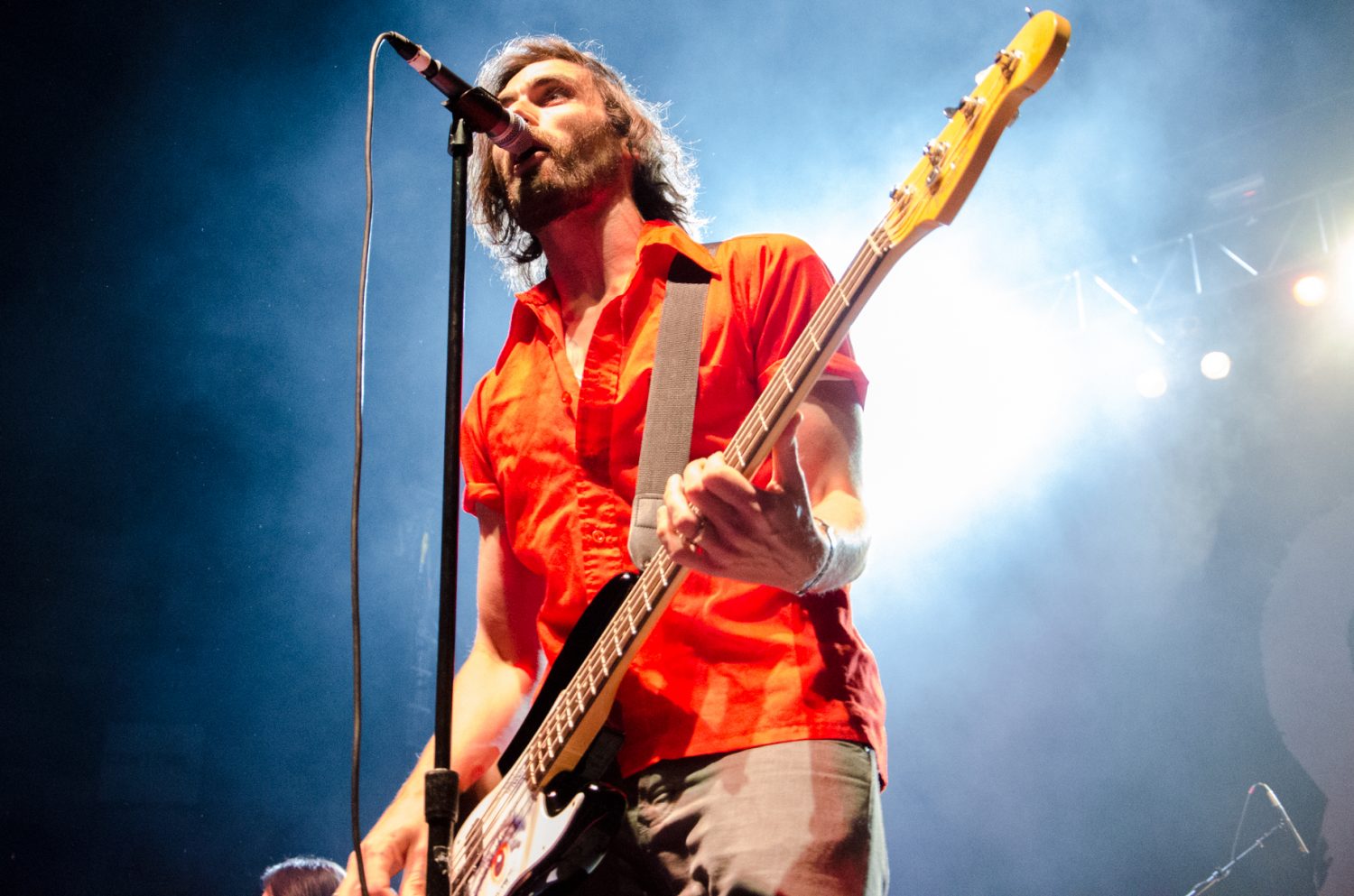 The April 16 All-American Rejects concert at Chaifetz Arena transported the considerable crowd back to the mid-2000s – for many of us, the land of pubescent angst, dark nail polish and heavy, side-swept bangs.

Opening for the All-American Rejects was Taylor Berrett, a young man with an amplified acoustic guitar and a pleasantly raw voice. After singing two original songs, including my personal favorite, “Those Days,” Berrett suffered the misfortune of a snapped guitar string. Attempting to tune down the guitar and play without the string until a stagehand offered to re-string it, Berrett took the mishap in stride, joking with the audience about how it was party to his “worst show ever.” The crowd laughed with him and cheered when he sang an a cappella rendition of one of his songs (his voice was spectacularly in tune, to boot).

Berrett was calm and charismatic, ad-libbing an entire song when a concertgoer demanded he play Lynyrd Skynyrd’s infamously requested “Freebird.” After playing the Beatles’ “Blackbird” with his own jaunty twist, Berrett serenaded the crowd with more originals: “Village,” “To Save Her” and “Whole Heart,” from his debut album “Great Falls,” an album that is just as honest and smile-inducing as Berrett’s on-stage personality. Taylor Berrett is highly worth checking out, I promise.

Then the early 2000s arrived, with guns blazing, as the All-American Rejects (AAR) took the stage. The group immediately brought so much energy that the crowd stormed forward to claim some for itself (I may or may not have almost fallen down multiple times, but that’s aside). Opening with “Dirty Little Secret,” AAR sounded just as we all remember: “rock” enough to be worshipped by angsty teens and just “pop” enough for their parents not to mind too much.

Band members Tyson Ritter (vocals/bass), Nick Wheeler (lead guitar), Mike Kennerty (rhythm guitar) and Chris Gaylor (drums) may have looked a little older than they did in 2008, but they didn’t act like they’d aged at all. Ritter, front-man and everyone’s former crush, didn’t seem to have changed much since we last obsessed over him – apart from longer hair and a wedding ring, of course (our middle school selves would have cried at the thought) – and he romped all over the stage like he’d just downed a six-pack of Red Bull.

Ritter and the band were fountains of energy, even gallantly welcoming onto the stage a young lady celebrating her 21st birthday and singing her a love song. I don’t think Kennerty stopped headbanging for more than three minutes the entire night. The group played all of our other favorites, too – “Move Along,” “It Ends Tonight,” “Gives You Hell” – as well as many songs from their newest album, “Kids in the Street,” which was released in early 2013.

For many, middle school comprises the worst collection of years in their young lives, but AAR’s performance brought those days back with a surprising level of satisfaction – if AAR makes a comeback in popularity, my middle school self and I definitely would not mind.

The All-American Rejects gave the crowd some hell, and it loved every nostalgic minute of it.