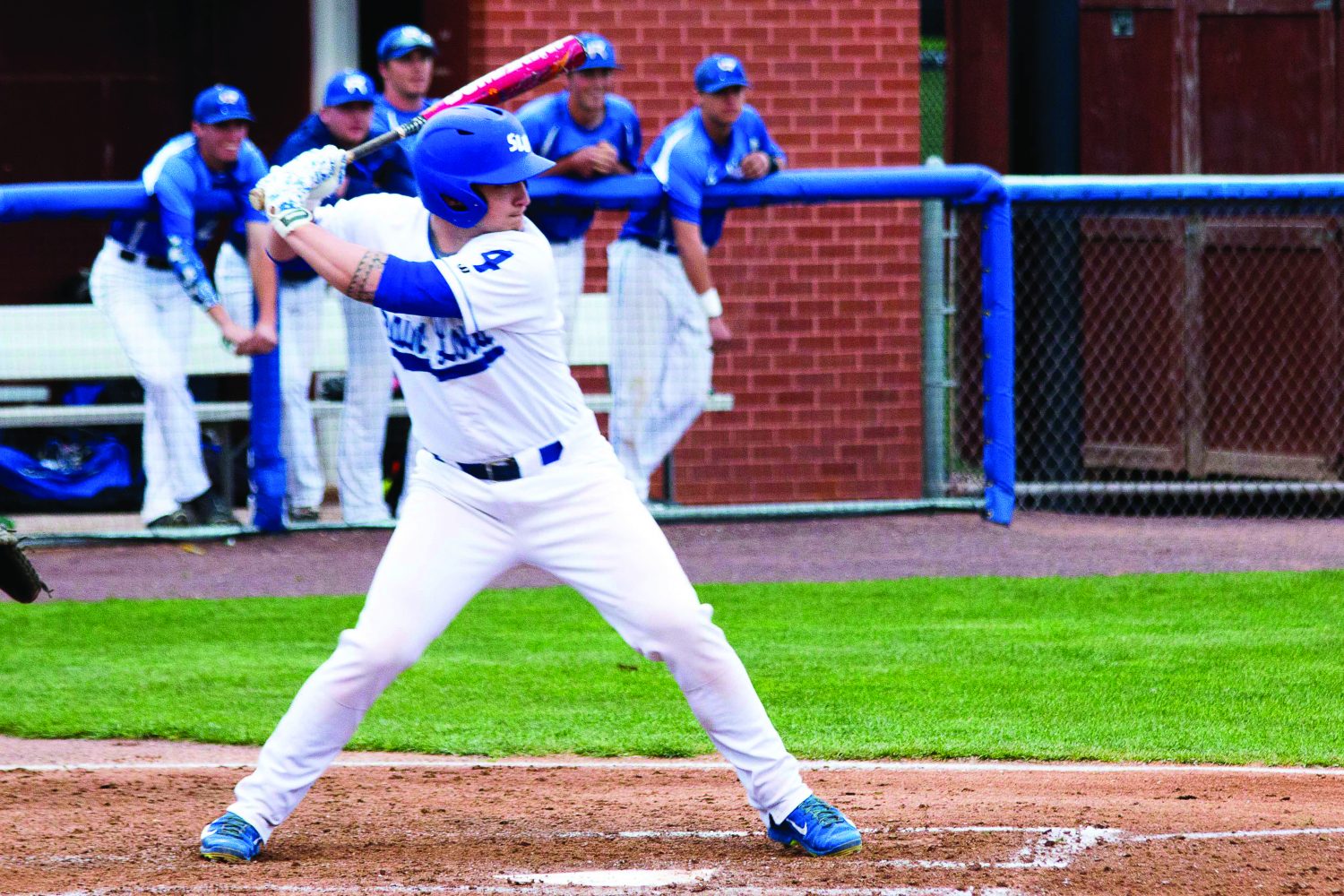 Defeats UMass and SIUE for 28-12 record

Playing at home, the Billiken baseball team continued its winning streak this week with a three-game sweep of Massachusetts, on April 17-18 and a 17-4 thrashing of SIUE on Wednesday, April 22. The victories bring the team’s overall

SLU’s first game against Massachusetts on April 17, was notable for adding another win to senior pitcher Clay Smith’s win streak, which currently stands at 7-0 for the season. In addition to having the second-highest career wins in school history with 22, Smith is currently 11th for single-season victories. In fact, he is one of only 14 pitchers that remain undefeated in NCAA D-I baseball this season.

Smith contributed seven shutout innings against the Minutemen, with no walks and three strikeouts. His stint extended his 13 consecutive innings without allowing a run.

On the offensive side, junior infielder Josh Bunselmeyer got things started with a sacrifice fly in the first, giving the Billikens a 1-0 lead. They maintained this score for four innings before adding five more runs in the sixth. Senior outfielder Danny Murphy hit a three-run homer, his first of the season, while senior catcher Colton Frabasilio landed his 15th double of the season, bringing in two runners. Frabasilio now occupies SLU’s 15th spot in the record books for single-season doubles.

The Billikens carried their success into their double-header the next day with a pair of wins to complete the sweep. Junior Josh Moore led the defense from the mound in game one, throwing six strikeouts over his eight scoreless innings. Sophomore Brett Shimanovsky finished the shutout in the ninth, retiring one batter and giving up only a single hit. Neither of the two lefties allowed a single walk during the game.

SLU’s sole run was courtesy of Murphy’s RBI single in the fourth, which gave the Billikens a 1-0 victory.

However, Massachusetts responded accordingly and the two teams traded runs in the early innings. By the end of the third inning, the game was tied up at 4-4. But, the Billikens managed to break away in the fourth with a seven-run rally. The Minutemen answered with three runs in the top of the fifth, but it was not enough to prevent SLU from tacking on two more, en route to a 13-7 victory.

Junior catcher Jake Henson had a strong showing at the plate, with two runs and an RBI in his 3-4 performance. Junior infielder Braxton Martinez went 2-4 with a double, two runs and two RBIs, while Sniatynski earned a run and three RBIs.

From the mound, freshman Luke Sommerfeld earned the win in relief. Sommerfeld pitched three scoreless innings, throwing four strikeouts while allowing one hit and no walks.

In Edwardsville, Illinois, on Wednesday, the Billikens tallied a season-high 17 runs against SIUE.

SLU kicked off early with five runs in the second inning. Martinez led off with a home run, his fourth of the year. Following him was freshman shortstop Alex King, senior first baseman Mike Vigiliarolo, Frabasilio and Henson, who each contributed a single RBI.

SIUE cut SLU’s lead to 5-3 in the fourth, but the Billikens responded the following inning with an impressive nine runs, the most in a single inning this season. They earned the first run after four consecutive walks, followed by three RBI singles. Two Cougar errors and a two-run single by freshman catcher James Morisano completed the Billiken rally.

An RBI double from Morisano in the seventh gave SLU its tenth run. The Cougars added a single run to their count in the eighth, but it was not enough to turn the tide. Two more runs in the final inning gave the Billikens a 17-4 victory.

For his performance against UMass, Murphy was named the A-10 Conference Player of the Week. This was his first weekly accolade and SLU’s eighth for the season.

Fresh off an injury, Murphy averaged .778 in the three-game series, with three runs, six RBIs, a double, a steal and his first homer of the season.

Several other Billikens stand out. Vigliarolo is nearing several school records; he is one of 12 Billikens with 20 career home runs, second all-time with 53 career doubles, seventh in RBIs with 139 and secnond all-time with 256 career hits.

Meanwhile, on the mound,  Smith’s career ERA of 2.95 is the fourth best in SLU history. In addition, he boasts 23 career wins , the second most in school history, and 224 career strikeouts, the eighth most.

Conference play continues this upcoming weekend in the Bronx, New York, with a three-game series against Fordham. The Billikens will head to Charleston, Illinois, the following Tuesday, April 28, for a contest with Eastern Illinois.