Is baseball our pastime? 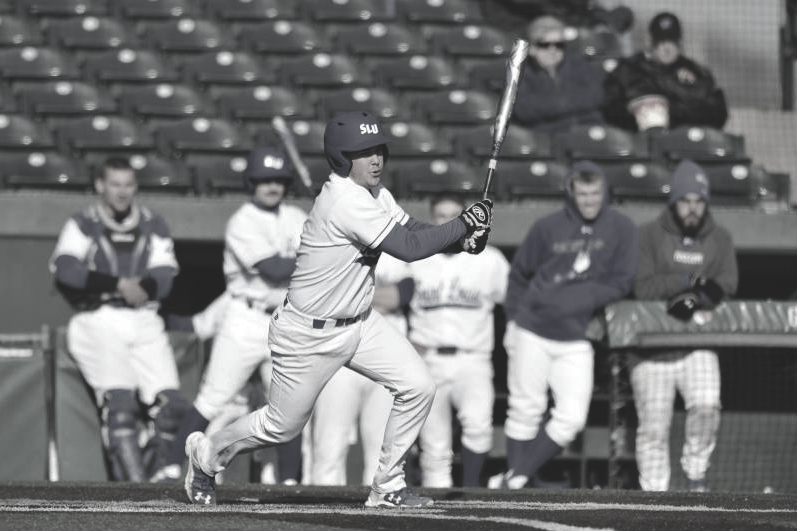 On April 3, a San Francisco Chronicle article stated that baseball, our national pastime, was past its time.

The article cites statistics saying that Americans are twice as likely to say the National Football League (NFL) is their favorite professional sports league over Major League Baseball (MLB). In addition, television ratings for NFL games are more widely dispersed for football whereas baseball is more concentrated to the city its being played.

In a surprisingly more contentious debate than the editorial, “Distancing from death penalty,” above, we attempted to ask that question ourselves.

First, for the baseball haters: One editor described baseball as a “lazy man’s sport,” which we think is an excellent way to start this apparently heated debate.

Some of us argued that baseball is not a sport that is popular across the world – besides the U.S., it is mostly limited to a few Latin American and East Asian countries – and isn’t even popular amongst large swaths of our populations.

Sporting events like the Super Bowl dominate the World Series, and the World Cup, Stanley Cup and the NCAA and the National Basketball Association (NBA) championships are often on par with that of the World Series.

Finally, some of us just think baseball is a boring sport.

For the lovers of baseball, there is a higher baseline knowledge regarding the rules of baseball, mostly on the basis that so many people, boys and girls, play the game growing up.

Baseball is also the ultimate spectator sport, whether you need to grab a beer, work on homework or take a nap, baseball will likely be there for you when you get back (or wake up).

One editor also argued that baseball unites neighborhoods and cities, from little league all the way to the major leagues.

Perhaps the most important reason that baseball should be proudly labeled as the country’s pastime is its history. Many MLB stadiums are iconic parts of American history. Whereas very few people will remember the Edward Jones Dome or Minnesota’s Metrodome, Chicago’s Wrigley Field, Boston’s Fenway Park and even the old Busch Memorial Stadium evoked a sense of shared memory. Baseball also has its roots in the United States and has a long history here.

While we all could agree on the history of baseball, where will the future take us?

Football is indisputably the most popular sport in the United States, but a renewed public suspicion regarding the dangers of the game may lead people to other, non-contact sports.

While soccer is the fastest-growing sport in the U.S., with new TV deals for Major League Soccer (MLS) and more people playing, we all could agree that soccer was not going to be as dominant as it is in many other parts of the world.

Ultimately, what caused us to agree was an understanding of the word pastime. None of us can agree on the most popular or best sport, but our national pastime, now and into the near future, is and will be baseball.