‘Occupy SLU’ anniversary reminds us all that ‘love, compassion, concern, respect for others’ define SLU 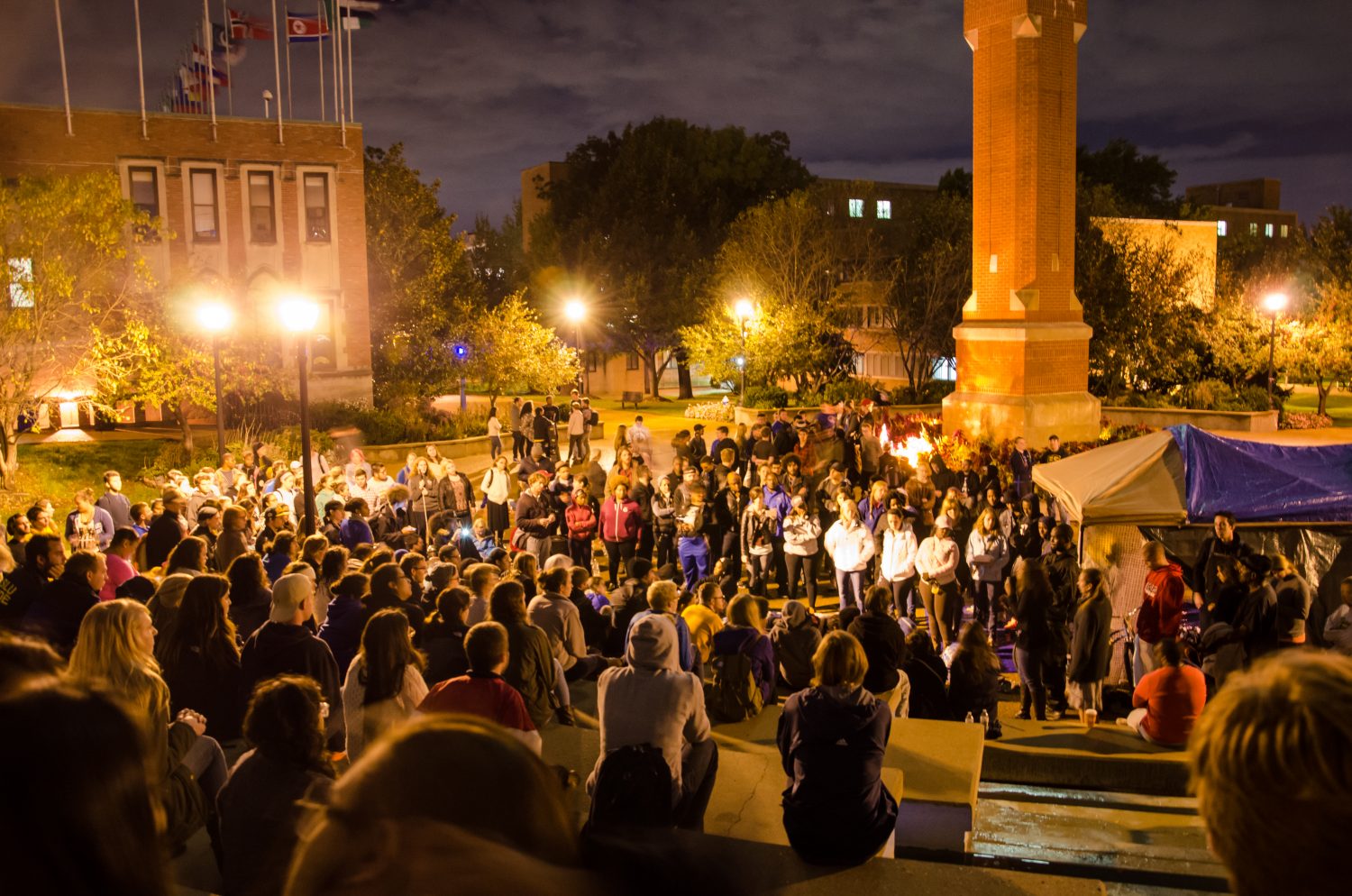 As we begin the month of October, I am sure that I am not alone in reflecting upon the momentous events that transpired on our campus one year ago. October 2014, my fourth month as president of Saint Louis University, was one of the most exciting and most challenging of my professional life.

The month began with a magnificent celebration of SLU. Those festivities culminated on Oct. 3 with a grand presidential inauguration that drew thousands to Chaifetz Arena. Everyone marveled at the bold and pioneering spirit that has driven Saint Louis University since its founding in 1818. The many “firsts” of which we are so proud were noted, and those gathered rallied around our noble mission. I heard from scores of faculty, staff, students, alumni, friends, parents and partners about the immense pride they have for this Jesuit university and its work. I was filled with joy.

Five days later, my joy turned to sorrow for a member of our SLU community whom I had come to know. On Oct. 8, the son of longtime employee VonDerrit Myers, Sr., was killed in a police-involved shooting in the Shaw neighborhood. Just a few months earlier, Von and his facilities co-workers helped Fran and me move into our new home.

The shooting precipitated several nights of vigils and protests. These activities culminated with a march toward the SLU campus during the overnight hours of Oct. 13. The protesters, many of whom were our students, walked north on Grand Boulevard and turned on to our campus. They stopped at the Clock Tower, where Von spoke about his loss. Other protesters talked about racial injustice and economic isolation. By morning, approximately two-dozen young people, SLU students and their allies, had pitched tents, tables and chairs.

Reaction to what protest organizers called “Occupy SLU” was immediate and intense. Conveyed by email, phone calls and social media, the response covered the entire range of feelings and emotions. University staff and I heard from some who were confused, puzzled or curious; others were angry, enraged or fearful; yet others were supportive, pleased or encouraged; and some were simply hateful. We received strong encouragement to let the encampment proceed. We also received impassioned calls to end it swiftly — and forcefully. In all my years as a university administrator, I had never faced such a divisive, difficult situation, and I know that many of you here on campus felt the same.

My administrative colleagues and I gathered with faculty, staff and student leaders and considered our course of action. Together, we reflected upon SLU’s cherished values and noble mission, which we had celebrated during the inauguration just 10 days prior. Despite pressure to act forcefully against the protesters, we felt compelled to let our values guide our demeanor, decisions and path forward.

In our struggle that first day to understand the objectives of the protesters, we in the administration were not alone. The first night of the encampment, more than 500 students, along with several Jesuits, members of the faculty, staff, alumni and neighbors, gathered at the Clock Tower for a “teach in.” We heard about the personal pain and societal ills that were at the center of the protesters’ concerns. Our guiding motto at that point was “listen and learn.”

We quickly discovered that encampment leadership was shared among several protesters, each with slightly different priority issues. Collectively, they made no set demands, which only stymied our initial attempts to reach a resolution. It took several days to come together.

When, on Thursday, we finally met in the formal setting of a conference room — SLU activist students, faculty, administrators, staff and a single community organizer — it did not take long for all of us at the table to find common ground around shared objectives. During that meeting and a second meeting on Friday, we calmly, collaboratively and respectfully crafted what we now call the Clock Tower Accords.

The Accords peacefully ended the encampment, clarifying urgent issues and steps toward their resolution. Thanks particularly to those who came together last fall around that conference table, we have been making steady progress on these important issues of access, community engagement, justice and discrimination. Our new Special Assistant to the President for Diversity and Community Engagement, Dr. Jonathan Smith, now leads this effort. He will soon communicate with you about our progress on the Accords, as well as on other issues related to diversity more generally at SLU.

And while we, as individual members of the University, certainly and appropriately continue to have different views on a broad range of difficult issues, during the past year, we have grown stronger and far more united than in recent memory. Through this process, we have come to realize that we can engage difficult issues and navigate through unusual circumstances. We better understand who we are as a university and as thoughtful and unique persons within it. It is imperative that we continue our conversations on race and diversity, create new opportunities for understanding, deepen our respect for each other and work to address our challenges — on and off campus.

I learned a lot about SLU last fall.

One of the most powerful lessons came from witnessing how magnificently, generously and prudently the members of the SLU community rose to a crisis. I observed phones being staffed at all hours; faculty and staff hanging around the Clock Tower day and night, engaging in conversations and periodically easing tensions; SLU innovators working to ease concerns, like those who quickly created around-the-clock webcams; critical staff, like the dedicated professionals in the Department of Public Safety, who took on double shifts as requested; and individuals helping in any number of ways right through the final discussions at the Clock Tower and the dismantling of the encampment. I came to realize that the high eloquence of the inaugural celebrations is also something that is lived and acted upon on this campus in daily life. Love, compassion, concern, respect for others — at SLU, these are not simply idle words used at ceremonies.

As we begin this October, let us be guided by the inspiring words of our beloved and admired Jesuit Pope, Francis:

“Before all else, the Gospel invites us to respond to the God of love who saves us, to see God in others and to go forth from ourselves to seek the good of others. Under no circumstance can this invitation be obscured! All of the virtues are at the service of this response of love.” (The Joy of the Gospel: Evangelii Gaudium).