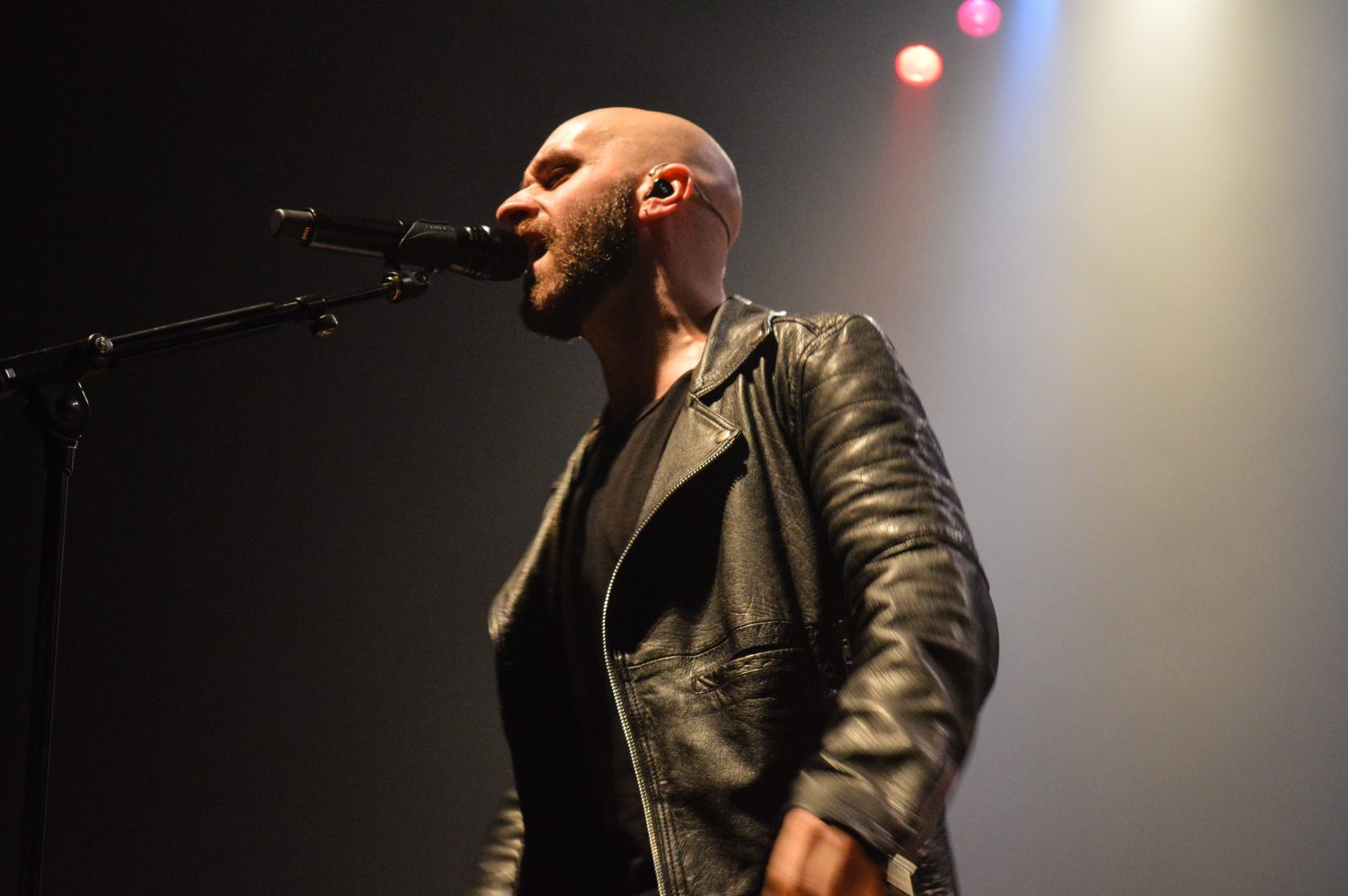 It’s a generally accepted rule that most impressive things are just not as impressive the second time around (law of diminishing returns and all that), but this was definitely not the case with seeing the X Ambassadors for the second time. I had the good fortune to stumble upon the X Ambassadors, an indie band from New York, in 2014. And, as fervent followers of my reviews (aka my mom) may know, I covered them when they opened for Canadian singer, Lights. Now, a little over a year later, the X Ambassadors are not opening, but headlining at larger venues, such as the Pageant.  And, like my wardrobe or a fine wine, they have only gotten better with time.

Opening for the X Ambassadors on Dec. 1 at the Pageant was Saint Motel, an upbeat fellow indie group who—like the X Ambassadors—feature a saxophone along with more traditional band instruments like guitars and drums. They began their set with “Feed Me Now,” a song that sounds like a hipster beach party and makes you want to boogie—no, not dance, boogie. Their set continued on in this cheerful way, with a sugary sort of energy that was at once cool, relaxed and full of pep. The set culminated with “My Type,” a funky, upbeat, crowd-favorite with a driving saxophone riff—arguably Saint Motel’s most popular song.  Bottom-line: they are a quirky band with a vintage kind of style (which is, like, so in right now) and a youthful energy to bring that style to life—I highly recommend taking a listen.

And, now, enter X Ambassadors. Starting their set with “Loveless,” a tragically buoyant song featuring passionate Sam Harris (lead singer) belting out each word with raw perfection. This perfection continued during a weighty and haunting “Love Songs Drug Songs” and a jungle-esque “Fear” (a song that sounds so much better live than on the CD) and really came to a head during “Unsteady.” Given a beautiful opening piano interlude by keyboardist Casey Harris (yes, he and Sam Harris are brothers), “Unsteady” fluttered into the room like a dream. A slower, quieter song than the previous two, “Unsteady” caused the entire venue to fall under the same spell; the room was peaceful and full of yearning, out. Closing out their set was “Jungle,” a powerhouse of a song with all the energy of an atom bomb. After screaming them into an encore (a practice which is almost always successful, so try it out, people!), the X Ambassadors completed the evening with “Lowlife”—a song dedicated to all the scumbags out there, Sam Harris told the crowd with a wink.

Each song was captivating in its own right—each one individual, but all unified by emotional poignancy. When asked about the songwriting process and, particularly, in determining when a song is finally finished, Sam Harris responded, “A song is right…when you can step away from it and come back to it and it still gives you that chill on the back of your neck.” I’m sure the crowd at the Pageant agreed that their set was as “right” as it could possibly be.

I left the Pageant satisfied (meaning there was a smile on my face that rivaled the Cheshire cat’s) and, as I said before, 50 shades of impressed. They have changed and grown and, as Sam Harris said, “[Our] goals are always changing. Now it’s more about…making sure we can stay relevant and continue to do this for years and years to come.” It may have been my second time seeing the X Ambassadors live, but, if everything goes as planned, I certainly hope that it won’t be the last.