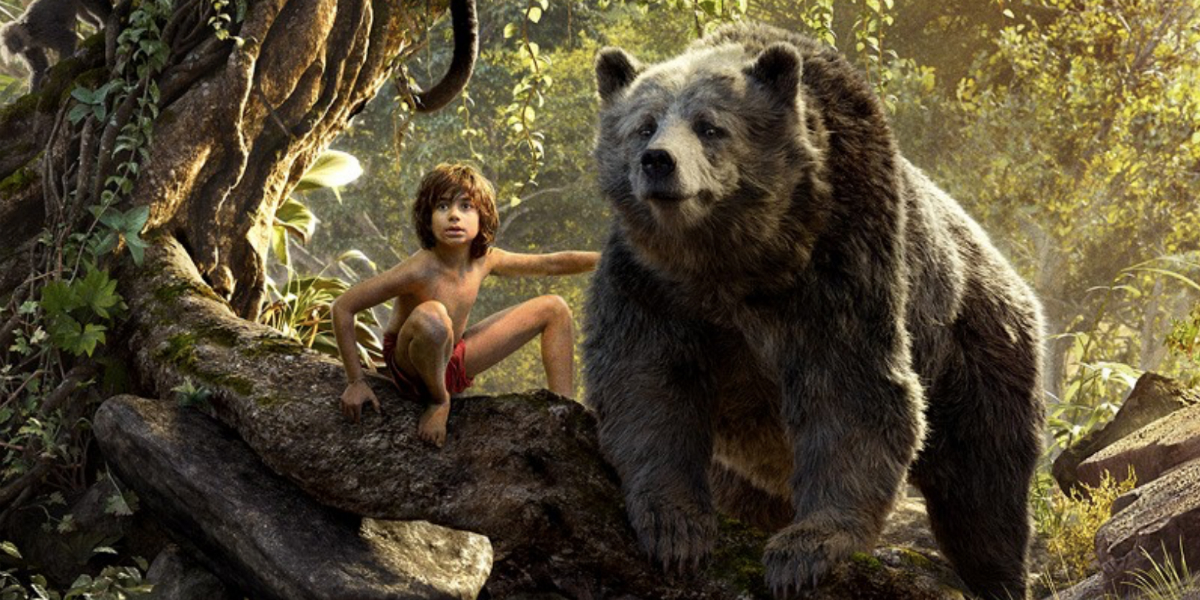 Jon Favreau (“Chef”) excels in his newest film, the live-action retelling of Disney’s “The Jungle Book,” with the screenplay written by Justin Marks. Keeping with the heartwarming story of Mowgli, the man-cub, as he proves his loyalty to his land – the jungle – Favreau successfully weaves in a different tone for a more mature audience.

Keeping the story true to the original animated Disney adaptation based on Rudyard Kipling’s book, the film begins as Mowgli (Neel Sethi) races through the jungle in an attempt to prove himself as a wolf to Bagheera, the black panther who brought Mowgli to the jungle from the land of man.  We then learn that Mowgli is raised by the Indian wolf Raksha (Lupita Nyong’o) and her pack, led by Akela (Giancarlo Esposito). In a seemingly-peaceful environment, fear roars when a Bengal tiger, Shere Khan (Idris Elba), comes to drink the water from the Peace Rock during a drought. He threatens to kill the man-cub after the Water Truce, because of his previous confrontation with man. Before that happens, Bagheera thinks that it is best if Mowgli goes back to the human village. On their journey back, they face Shere Khan, who injures Bagheera as Mowgli escapes with the water buffaloes. Before Mowgli finds Bagheera again, he meets Kaa (Scarlett Johansson), who draws him in and hypnotizes him, showing him the relationship between man and the jungle, explaining to him the complexity of the “red flower.” Kaa then advances to attempt to consume Mowgli, but she is impeded by the Himalayan brown bear, Baloo (Bill Murray), who saves Mowgli. What begins as a simple quid-pro-quo relationship, from which Baloo gets honey when Mowgli uses his “man tricks,” turns into the bear becoming his guardian until Bagheera returns. After Bagheera gets back, all three of them face King Louie (Christopher Walken), the Bornean orangutan, who is eagerly in search of the “red flower,” so that he can gain power over the jungle. After all these struggles, Mowgli proves to show that his “man tricks” are not useless and is now ready to face Shere Khan.

The biggest highlight of this film – one that also portrays the largest contrast against the original 1967 animated musical – is the graphics. The graphics in this film are so advanced and visually brilliant that all the animals seem incredibly realistic, which in turn make many of the battles between animals very lifelike. The amount of detail can especially be seen in one particular moment where Mowgli, Bagheera and Baloo go to see King Louie in his dwelling, which is almost built like a Hindu temple. Along with that, the live-action film is true to the animated film, as it brings back the classic tracks, “I Wan’na Be Like You” and “The Bare Necessities.” These tracks are complemented by the phenomenal background score that really sets the darker tone for the film.

The visuals definitely came to life because of the magnificent casting choices. Each actor’s voice was so significant that it flawlessly fit with the animated animal. Three actors that really stood out were: Neel Sethi as Mowgli, Bill Murray as Baloo, and Idris Elba as Bagheera, who impeccably performed after his previous hit, Disney’s “Zootopia.” Sethi excellently played the innocent, but brave Mowgli in his debut film. Murray shined in providing the audience with comic relief through his many one-liners.

With the striking visuals and strong casting of the film, Favreau deftly weaves the story of the jungle with a gloomier tone. If you have grown up alongside the lovely tale of “The Jungle Book,” this realistic and raw version with all the other “bare necessities” from the original film is a fascinating interpretation that you wouldn’t want to miss.