DC’s Rebirth is the best thing to happen to comics 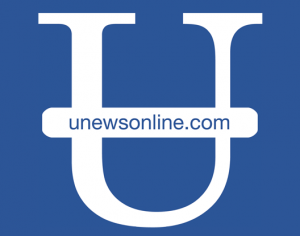 In my previous article, I discussed the beginnings of DC Comics’ Rebirth event and explained where some of the stories were headed. As I’ve been hearing the insane amount of praise the event has received, I’ve come to the realization that Rebirth was probably a very smart decision from both a business and creative standpoint. Disclaimer before I continue and earn the ire of rabidly devoted Marvel fans: I appreciate the medium of comic books as a whole, and have both praises for and issues with DC and Marvel. Even so, I am still more partial to DC. Much of the online praise for the Rebirth event stems from the juxtaposition of the Watchmen with the mainstream DC continuity, and I was very shocked and excited to see this at the end of Rebirth, with the reveal of Dr. Manhattan. This is actually a very effective inclusion from a narrative perspective, but first, a little comic history lesson.

The series “Watchmen” was published as a limited-edition series in 1986, a time when comic sales had been on a decline. The distinctively dark and cynical tone of Watchmen, and its deep exploration of ethics and psychology, propelled its rise to legendary status as the top-selling graphic novel of all time, and even onto Time’s list of the 100 Best-Selling Novels of All Time. Noting the success of this experiment in comic writing, the creative team at DC began to gradually write a darker tone into mainline DC comics, until eventually its distinct hope and optimism was all but extinguished. The New 52 initiative, despite its initial acclaim, saw a sharp decline in sales by perpetuating this. Naturally, the creative team decided it was time for a reset.

And here we are now. Here we are at the greatest event to have ever happened in the comic world. Coincidentally, 1986 was also the year that Wally West became the Flash after Barry Allen’s death in “Crisis on Infinite Earths.” Wally is a very optimistic and cheery character, a stark contrast to the grim outlook of the Watchmen. His time as the Flash is what many comic fans remember most, and they were understandably upset with his sudden absence from the New 52. In the Rebirth story, Wally tells Barry there will be a war coming “between hope and despair.” And how perfect of an allegory is that: to have two universes representative of these ideas colliding? Besides, the marketing has been extremely effective for Rebirth, with sales absolutely destroying the horridly convoluted mess that is Marvel’s current comics publishing. Instead of interrupting stories that fans love and further deepening a multiverse that is already impossible to navigate without expert knowledge, DC is putting fantastic authors and artists on a few beloved storylines, and doing wonders by blending the core initial continuity of the New 52 with the classic stories that fans love. They are also making their new titles easy to pick up and read right away, requiring only some outside knowledge of New 52 events to fully understand what is occurring. I definitely was happy with this, since this is the first time I’ve seriously collected comics.

Although the final battle with the Watchmen may be coming along slower than the lines move at Gries some days, clues are becoming more apparent in several titles. The most recent issue of “Titans” featured the futuristic magician Abra Kadabra, who claimed to be the one who cast Wally West out of time. He said the new timeline was “his handiwork,” likely referring to Dr. Manhattan himself.

Also, the stories are amazing and just pure fun, and they ooze feels and delightful throwbacks. Batman, Nightwing and company fight mad science monsters during a hurricane. Superman, Superboy and Krypto the Superdog are trapped on a dinosaur-infested Pacific island that has seen some serious WWII action. Green Arrow and Black Canary finally have a day to enjoy as lovers again. Wonder Woman smashes the patriarchy in all her gay glory, Aquaman proves his worth as a hero time and again, Flash continues to speed past his critics’ expectations, the Suicide Squad makes us all forget their bland film and all of this will bring a hammer down on Marvel with a force that would humble Thor.

The Spider-Man-Deadpool train that Marvel’s still riding can’t carry on forever. Marvel had better watch out before DC takes back the throne that rightfully belongs to it and establishes itself as ruler of the medium that turns ideas into legends: where millions of children have their imaginations sparked, and millions of adults return to revisit old friends.

DC will hold this throne, at least until Marvel gets good stories again and the next DC Extended Universe film flops with critics. Those are always possibilities.