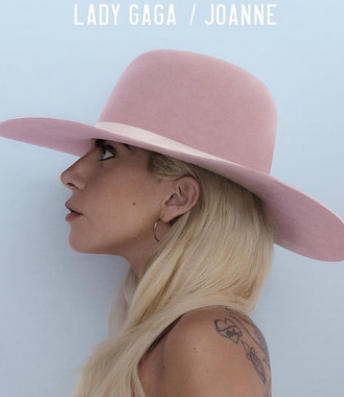 Lady Gaga has had more than a few stages in her pop career. From leaving NYU’s prestigious Tisch School of the Arts, to bursting onto the scene with “The Fame” and the subsequent “The Fame Monster” to her more recent “Cheek to Cheek” collaboration with jazz legend Tony Bennett, she has had quite the history.

Throughout each phase, it has felt as if Gaga was revolutionizing pop music. She never has settled for being a run-of-the-mill artist, always striving to shock and awe through her performances and persona.

Who could forget the eccentric theatrics of Gaga’s performance of “Paparazzi” at the 2009 MTV VMAs? Or the infamous meat dress she debuted at the following year’s awards? Or more recently, her stirring tribute to “The Sound of Music” at the 2015 Oscar awards? The examples of Gaga shocking consumers of pop music and media are countless.

Which is why it is the most Gaga move possible, three years removed from her last solo album, to shock in a new way. Her trick? Not doing any crazy stunts, simply letting the music speak. With “Joanne,” which was released on Oct. 21, Gaga gives the listener a sample platter of what her career has been so far, and lets them guess where she will go from here.

There are stadium-ready anthems that come in the form of opener “Diamond Heart” and first single “Perfect Illusion.” On each of these, Gaga belts like no tomorrow over a pulsating beat — the perfect formula for a song prime to become a favorite for any and every social gathering. Both songs sound as if they are continuations of early Gaga songs, when she was only beginning the solidification of her stadium status.

The listener also comes across country-tinged ballads, the most daring direction Gaga takes on this album. “Sinner’s Prayer” and title track “Joanne” serve as two of these newly directed tracks. Trading in her usual piano for an acoustic guitar, the results are not as great as one might expect. Hearing Gaga’s voice over a slide guitar doesn’t feel natural at all. The pure strength of her voice overpowers the acoustic instruments in a way that is much less successful than when Gaga teams up with a grand piano.

The one song that prominently features an acoustic successfully is “Grigio Girls,” a tribute to wine nights with her friends that help put the reality of her friend’s battle with cancer on hold for a night. The chorus of “On the Pinot, Pinot Grigio girls, Pour your heart out, Watch your blues turn gold” might be one of the catchiest of the year.

If Gaga finds a way to ditch the twang sound while keeping the acoustic and songs like “Grigio,” many fans will surely learn to welcome this sound to her music.

All of these songs pale in comparison to where Gaga shines, the ballads with Gaga and her piano front and center. This has always been where she has shined the brightest in her career, because it showcases her raw musicianship while differentiating herself from every other pop star in music.

Rather than stripping down existing songs of hers as she has done in the past with “The Edge of Glory” and “Born This Way,” we get the piano-driven version of these songs from the get-go.

What is most exciting is within these songs there is quite a variety. “Million Reasons” is a fragile telling of a failing relationship where Gaga sings as if her life depends on every line, belting out “I’ve got a hundred million reasons to walk away, but baby I just need one good one to stay.”

In addition, Gaga gives us “Angel Down,” a sombering tune in which Gaga offers a tribute to Trayvon Martin and the Black Lives Matter movement. The beauty and grace in Gaga’s voice as she pleas “Where are our Leaders? I’d rather save an angel down” is breathtaking. Again distinguishing herself from her pop peers, Gaga is able to evoke emotion that others simply cannot.

“Just Another Day” is a bouncing tune reminiscent of vintage yet eclectic sounds of The Beatles and David Bowie. It hops along through the verses and choruses until a lighthearted musical interlude featuring Mark Ronson on a Moog synthesizer and Brian Newman on trumpet, stretching what one might have expected to hear. These expectations are once again expanded on “Hey Girl,” Gaga’s collaboration with Florence Welch of Florence + the Machine and one of the best songs on the album.

Listening to the song is equivalent to being put into a dreamlike trance, with a piano grounding the song but a swirling of synthesizers, trippy drums, and an echoing duet acting to distort that grounding.

So let your inner “little monster” out and give “Joanne” a listen. It has a bit of each part of Gaga that listeners have grown to love, and does almost all of it in a way no other pop star can. Lady Gaga started much of how pop music is perceived today and has proven once again that she is still on top.