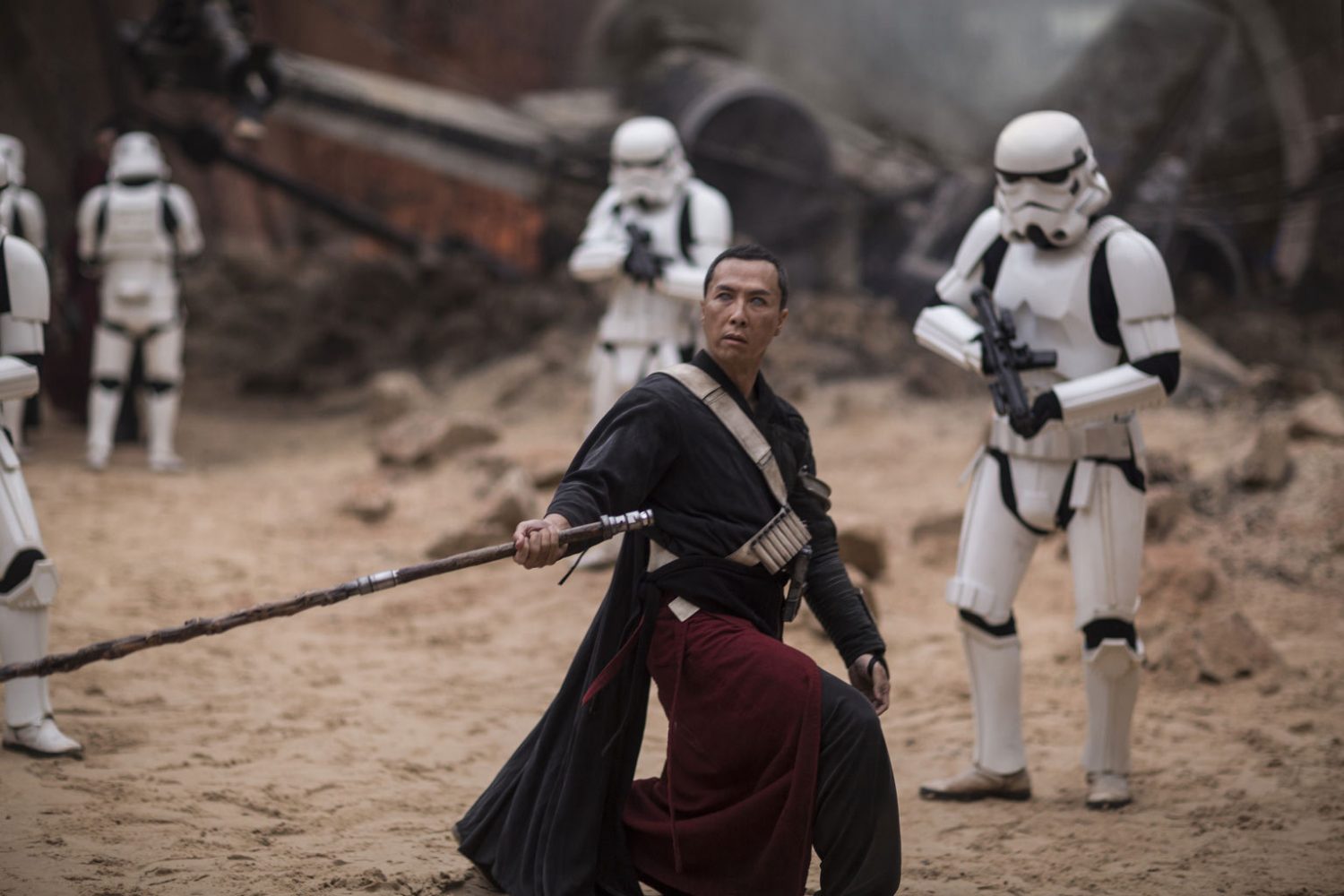 Another Star Wars movie has come out, and it was everything I, and many critics asked for, and so much more. “Rogue One: A Star Wars Story” is the first of a group of Star Wars anthology films that are set to be released every two years in “off” years of the installments of the sequel trilogy, ensuring there will be a new Star Wars movie every year until at least 2020! The film follows the rebellious and independent Jyn Erso, whose father Galen has been drafted by the Empire to help build the Death Star.

After being “rescued” from an Imperial labor camp, Jyn is taken by Rebel Alliance intelligence officer Cassian Andor and the reprogrammed Imperial security droid K2-SO to collect a defecting Imperial pilot named Bodhi Rook from the extremist Saw Gerrera. Along with the blind mystic Chirrut Imwe and his friend Baze Malbus, they must attempt to steal the plans to the Death Star for the Rebel Alliance from the head of the project, Director Orson Krennic.

Rogue One explained many aspects of the Star Wars films, while also adding new dimensions to the Star Wars universe as a whole. Darth Vader’s return was well executed, and it was indeed a pleasant surprise to see a young Princess Leia and the Imperial Governor Tarkin again, albeit restored by CGI. Several Rebel pilots were inserted seamlessly from lost footage, including Red Leader and Gold Leader from Episode IV and a few female X-Wing pilots who were originally cut from Episode VI. It was also interesting to see the cutthroat hierarchy of the Empire, with the aristocratic Tarkin’s belittling of Krennic and Vader’s throat-hugging motivation showcasing the tough life of a working-man-level bureaucrat.

Quite a few elements of the film also tie it to the Star Wars TV universe. Saw Gerrera first appeared as a minor character on the TV show “Star Wars: The Clone Wars” in its final season, where he was trained by Anakin Skywalker, his Padawan Ahsoka Tano, and Obi-Wan Kenobi to liberate his home planet of Onderon. The droid Chopper from the TV show “Star Wars: Rebels” makes an appearance at the Rebel base on Yavin IV, and the ship The Ghost, whose crew are the main characters of the show, appears in the final battle over the planet Scarif, where the plans are housed.

Rogue One was also a very good film from a purely cinematic perspective. The special effects were very believable and effectively placed, and Darth Vader’s brutal slaughter of some Rebel troopers at the end of the film played just like a horror movie, right down to the fog on the windows of the narrow ship hallways and his crimson lightsaber blade being one of the only light sources. The film also adheres very well to its label as a gritty war movie, with the guerrilla tactics of the Rebels clashing with the mechanized might of the Empire in an awesome and thrilling visual spectacle. In particular, the camera angles that showcase the tremendous size of the AT-AT walkers as compared to the Rebel soldiers, and even the Rebel ships, enforce the gravity of the situation.

The racially diverse cast also gives a chance for more Star Wars fans to have relatable heroes, with two Chinese men, a Latino man, and several women taking active roles in the Rebel cause. Diversity has never been Star Wars’s strong suit, but its few leading minority and female characters, like Lando Calrissian, Princess Leia, Padme Amidala, and Mace Windu, were well fleshed out and compelling, and Chirrut Imwe, Baze Malbus, Cassian Andor, Mon Mothma, and Jyn Erso have definitely joined these ranks. It was very clear which roles each of the members of the Rebel crew were supposed to play, with Jyn’s jaded cynicism, Cassian’s soldier mentality, Chirrut and Baze’s odd couple banter, and K2-SO’s endless biting sarcasm making them all both memorable and familiar. It was also surprisingly welcome to hear music composed by someone other than John Williams comprising the soundtrack, as it felt just like Star Wars, yet perfectly normal for a standalone film. I, as someone eager to learn more about the Star Wars universe, was glad to see that the writers took the time to name each planet featured in the film for audience convenience. Do go see “Rogue One” if by some miracle you still haven’t. Or, if you’re a nerd like me, you can see it multiple times. Either way, you won’t be disappointed, even if you’re not a Star Wars fan. Perhaps Chirrut’s mantra will even become what helps you survive the semester: “The Force is with me, and I am one with the Force.”