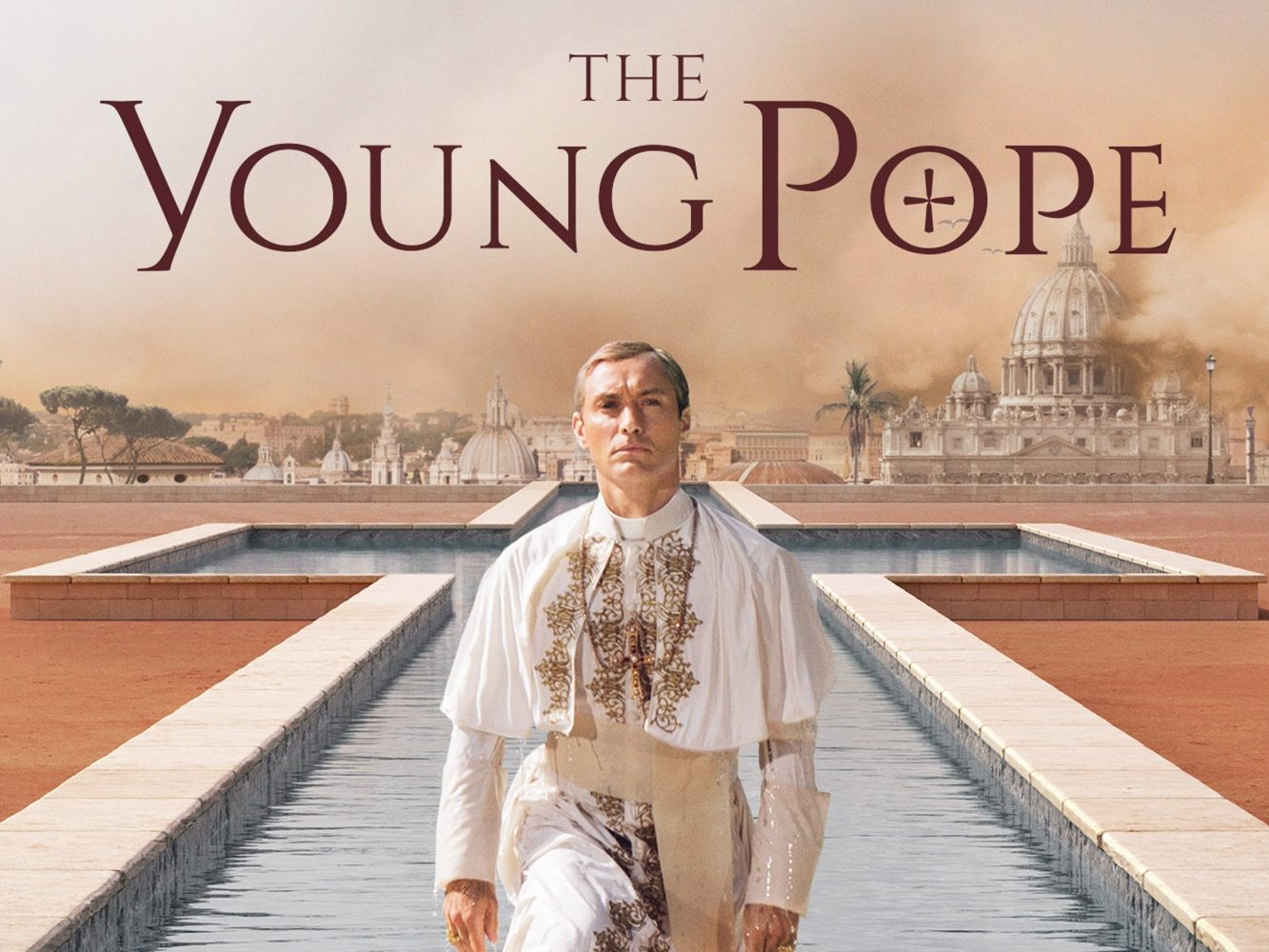 In need of a new binge-worthy HBO mini-series series after “Game of Thrones” or “Westworld”? “The Young Pope”, starring Jude Law as the revolutionary protagonist is an electric new series worth your attention.

With a fantastic cast including Jude Law, Diane Keaton, and others, “The Young Pope” is both captivating and bizarre even from the opening credits. With all the overarching themes of Christianity and faith, the series does not pull punches, is surprisingly dark at times and quite funny overall.

“The Young Pope” centers on  Law’s character Lenny Belardo, or Pope Pius XIII (‘your holiness’), the first American Pope in the Catholic church, and his mysterious past and path to the popedom.

The political intrigue of being the leader of the Roman Catholic Church is explored in great detail and is one of the stranger aspects of the church, with wily cardinals (ie. Voiello) trying to out think and overstep Belardo throughout the series, and Belardo balancing them out on his own quest for truth.

What makes the show really fun is Law’s portrayal of Lenny Belardo, and his great chemistry with Diane Keaton, who plays Sister Mary, and the rest of the fantastic cast. Sister Mary is a nun and mentor of Belardo’s, and she gets selected to be a member of his small council at the beginning of the show, indicating their close relationship.

In fact, Sister Mary and Lenny have an extended history together, as she raised him from a young age in her orphanage after Belardo’s parents abandoned him.

Thus, the relationship between Belardo and Sister Mary is that of a mother and son, which feels organic in this fictional world of politics and church intrigue.

Law does a fantastic job displaying extreme condescension, humor and style in the traditionally bland and mundane world of the papacy and Vatican community at large.

Although his responses to church matters are abstract and absurd occasionally, Law’s charisma sells his actions so well that you follow along and even side with him and wish for more of his craziness.

Furthermore, Law does a great job conveying the complex emotion of a pope who struggles deeply not only with faith and leading a church of over one billion people, but also with the personal ramifications and problems he has with human connection, likely a result of being abandoned by his parents at such a young age.

Another real standout among the cast is Silvio Orlando’s character, Cardinal Voiello, the Cardinal Secretary of State and main conspirator against Belardo initially.

Orlando is a cunning cardinal who prefers to rule the Vatican behind the scenes, forcing many tense confrontations between himself and Belardo.

Belardo’s and Voiello’s individual quests for power are magnetic on the screen, as each tries to supercede the other with each move, creating a political and religious battle royale. Overall, “The Young Pope” is a refreshing HBO original that can intrigue all audiences—religious or not. It touches on many human issues, such as doubt, faith, desire and failure in very interesting and enchanting ways.

Jude Law’s performance is especially commendable and his complex nature as Pope and entertainer is a thrill to view.