Trump’s America: It could be worse 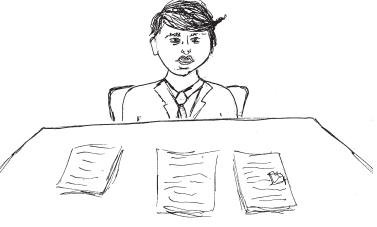 Despite much trepidation, the few weeks of President Donald Trump’s administration that have transpired have been mostly positive for the country as a whole. The stock market is at new highs, unemployment and inflation are lower and protest movements have drawn many people into political discourse.

Although the stock market could change course and protests could fizzle, life for most people remains the same. Changes in the economy are not necessarily under the president’s control, and the unemployment numbers, which Trump earlier lambasted as being fabricated, are no exception. The stock market has likely rallied because of expectations of deregulation, which could result in growth of the economy, but it could also result in the same catastrophe that caused the housing crisis.

But such deregulation has not yet come to pass. For now, let us focus on the pushback the president’s administration has received from organizations and people across the country. The Women’s March on Washington brought hundreds of thousands of protesters to Washington, and many more marched across the world. Saturday Night Live, as we detailed in last week’s issue, has become a force against Trump, mocking his every move. The American Civil Liberties Union, which fights to protect the rights of Americans in the court system, has received almost $80 million in online donations since Trump’s election. State governments, such as that of California Governor Jerry Brown, have demonstrated intentions to resist the new administration. Republicans hold majorities in both houses in Congress, but the Democrats’ protests ensure the Republican agenda will not pass without a fight. As James Madison said, “Ambition must be made to counteract ambition.” From outside government and from within, anti-Trump forces are establishing a counter effort.

With hope comes early signs of darker days ahead, however. Sean Spicer, the administration’s press secretary, took a hard line against the press. Trump’s campaign manager and now his counselor, Kellyanne Conway, advertised Ivanka Trump’s clothing line on live television, which is a possible violation of the Emoluments Clause of the Constitution. The nation’s highest of- five should not be used as a means to make money for the president’s daughter. Trump’s Chief Strategist, Steve Bannon, has been added to the National Security Council, a hugely unprecedented elevation in status of which Bannon is not worthy. U.S. Immigration and Customs Enforcement has begun deporting undocumented immigrants who have not committed serious crimes but that have been caught in the crossfire.

Internationally, the president’s actions have been mixed. Trump hung up on the Australian prime minister, and after a phone call with Trump, the Mexican prime minister cancelled a meeting with the White House. After North Korea launched a test missile that landed in the Sea of Japan, Trump affirmed the U.S.’s commitment to Japan. “America stands behind Japan, its great ally, 100 percent,” he said. In January, Trump authorized a counterterrorism operation in Yemen that cost the life of Navy Seal William “Ryan” Owens and resulted in as many as 30 civilian casualties. Trump called the raid “successful,” yet if Obama had authorized such an attack, Republicans very well may have excoriated him. No such rhetoric was aimed at Trump from his party.

It is yet to be seen whether Republican leadership will break with Trump on some of his less tasteful rhetoric. Republicans could pass laws that contradict Trump’s executive orders, but this might cost the GOP. Republicans have not produced any major legislation yet, so it may be in the best interest of congressional Republicans to keep quiet in order to maintain cooperation and receive the president’s signature.

Most Americans can rest easily, however, knowing that the separation of powers does not appear in danger. The courts suspended Trump’s executive order barring immigration from seven Muslim-majority countries, and Trump’s Supreme Court nominee Neil Gorsuch reprimanded the president’s criticism of the judiciary, calling his comments “demoralizing and disheartening.” Gorsuch was communicating to the executive branch and to the people that he will maintain the separation of powers as a judge and that the judiciary is here to stay as a limiting authority on the chief executive.

The checks and balances that the framers created remain. The economy remains intact. Trump has not overextended the role of the executive branch as of yet; he has issued executive orders at a pace similar to Obama in his first few weeks of of- five. We should never stop protesting against what we see as unprecedented and unjust, but we should also keep in mind that many of the president’s actions, because they are so heavily scrutinized, are not so different than past presidents but receive more attention.