New SLU Hospital will open its doors in 2020 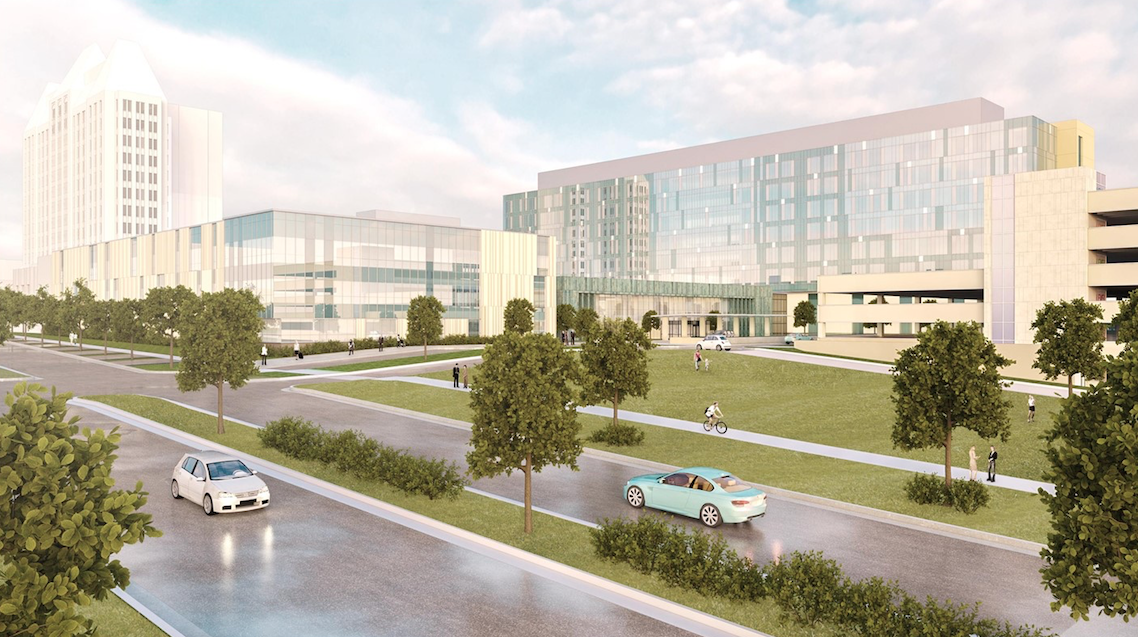 On Wednesday, Feb. 22, SSM Health announced a new SLU Hospital by releasing new images of the establishment. The new SLU Hospital is set to be completed Sept. 1, 2020 with groundbreaking beginning Aug. 31, 2017.

On top of the plans for the hospital, SSM plans to add an additional four-story 200,000-square-foot outpatient facility. Other additions will include a large parking garage and an expanded emergency department with its own parking lot.

The campus of the new Saint Louis University Hospital campus will be located on 15 acres. The location will be next to the current medical facility west of 40/64, off of Grand Boulevard and in between Rutger and Lasalle streets.

The project was on the table since Sept. 1, 2015 when SSM Health acquired ownership of SLU Hospital. SSM Health CEO, William P. Thompson, announced the project as soon as SSM Health assumed ownership. His goal was to construct a new hospital and ambulatory care center that incorporates national best practices in patient-centered design while delivering an improved patient experience.

The project’s construction manager is Alberici Constructors Inc., a decision that was made in April. The project was developed by Lawrence Group in partnership with  Hammel, Green and Abrahamson beginning in January of this year. The development utilized information provided by architects Frank Zilm and Associates, Inc, known as FZA. FZA met with crucial leads of SSM Health SLU Hospital and SLUCare Physician Group last fall, and from that developed a defined project scope.

Saint Louis University Hospital is currently a teaching hospital for the students of Saint Louis University Medical School. Therefore, another important goal of the new facility was to make sure it is conducive to health care education. To accomplish this goal, the design for the new hospital has alcoves big enough to fit 16 people so doctors and residents can huddle around without disrupting traffic by standing in the middle of the hallways.

CEO of SLU Hospital, Kate Becker, also stressed the desire SSM Health has for the new hospital to be more green. Becker felt that is was important to incorporate green space to create a relaxing and healing ambience for the hospital, despite being located in an urban area. Becker feels the current facility lacks this. The green space is also expected to help achieve the academic feel that the project is trying to create. According to Becker, the green space will create an outdoor commons area, a design element that is common on university campuses.

SSM Health acquired SLU hospital in 2015. SSM Health is a Catholic, not-for-profit health system. SSM Health serves the health needs of communities across the Midwest. The current SSM Health Saint Louis University Hospital is a 356-bed quaternary and tertiary hospital. The facility specializes in organ transplants and is home of the Mid-America Stroke Network.  The current facility is also an ACS Level I trauma center for both Missouri and Illinois. Saint Louis University Hospital is also accredited by the Joint Commission and designated as a Primary Stroke Center.