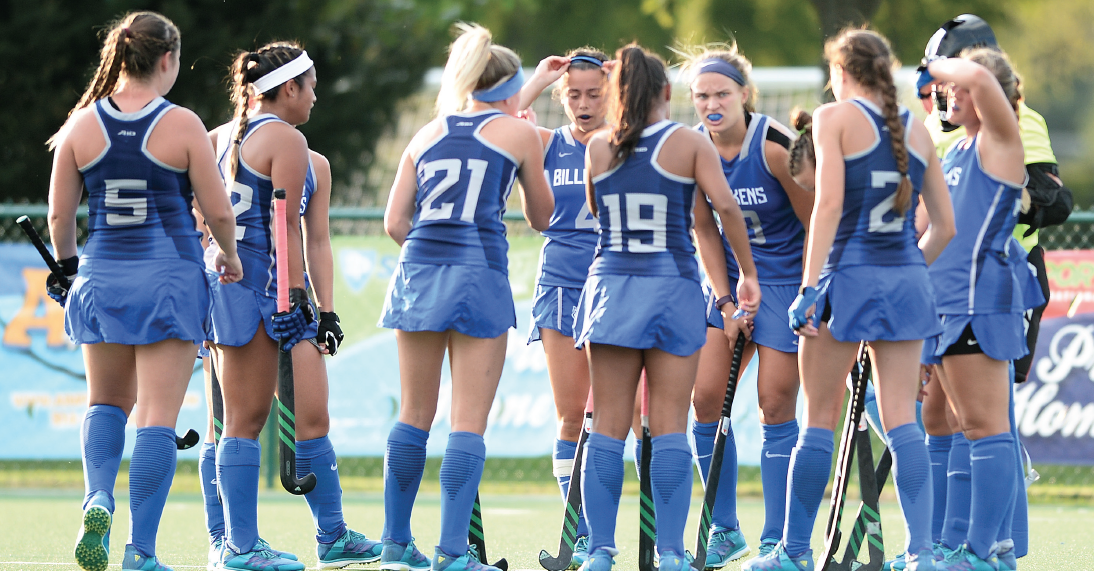 SLU Field Hockey comes up with a game plan after giving up a goal.

SLU’s field hockey team traveled to Philadelphia, Pa. last weekend to open their conference play on the road at St. Joseph’s followed by La Salle.  Going into the weekend, the Billikens held a 3-2 record, but fell to both teams to start conference play 0-2 and falling to 3-4 overall.

At St. Joseph’s, the Bills held the No. 19 Hawks to a 0-0 game at the half but couldn’t hold off the strong attack in the second half. Junior Carly Kissinger took four shots and had SLU’s only two shots on cage in the match. Seniors Katie Moss and Carli Wolfe both also recorded a shot in the game. Freshman Lillian Cossetto played all 70 minutes in the net and recorded seven saves in the contest.

Two days later, the Bills were back in action at La Salle University where they also fell 2-0. The team held a consistent offensive attack, outshooting the Explorers 15-8, but couldn’t find the back of the net. Freshman Julia Bakker lead the offense with four shots that were all on cage. Kissinger and Moss both had three shots and again Cossetto played all 70 minutes.

The Billikens are back in action this Friday at home against conference foe, Richmond, and again on Sunday against Kent State.