Spoon No Longer ‘The Underdog’ 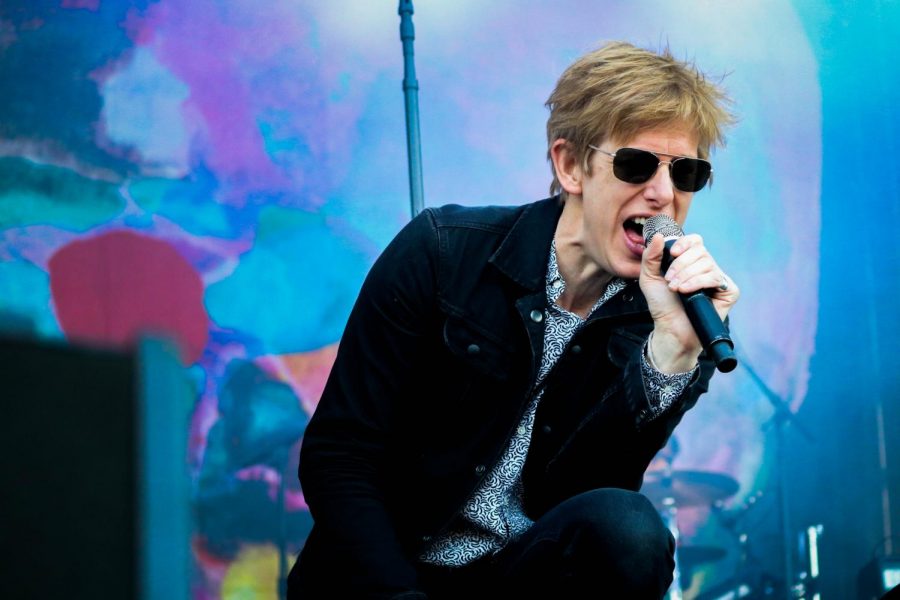 The 1993 indie band, Spoon, dominated the stage Saturday evening at Loufest on the Bud Light state. The band’s 12-song set kept fans interested as they gave variety between old and new songs. Spoon entertained the crowd by switching between their newer electric sound and their trademark sound filled with electrifying guitar.

The lead singer, Britt Daniel, led the band through the set with his energy and charm. It was clear that he has been a solid member of Spoon since the band formed in 1993 by his powerful and confident voice.

Spoon captivated fans of all ages by performing their older songs such as “Got Nuffin” and “Don’t You Evah,” but also gave variety by playing songs from their newest album “Hot Thoughts” which debuted earlier this year.

The indie band made fans proud by absolutely rocking out to some of their biggest hits. They drove fans crazy with an extended intro to their hit song “I Turn My Camera On” and finished “The Underdog” with the keyboardist on top of his piano.

From front row to all the way in the back of lawn, Spoon melted the hearts of hundreds at Loufest. Their classic, festival sound made fans feel right at home at the Bud Light stage.