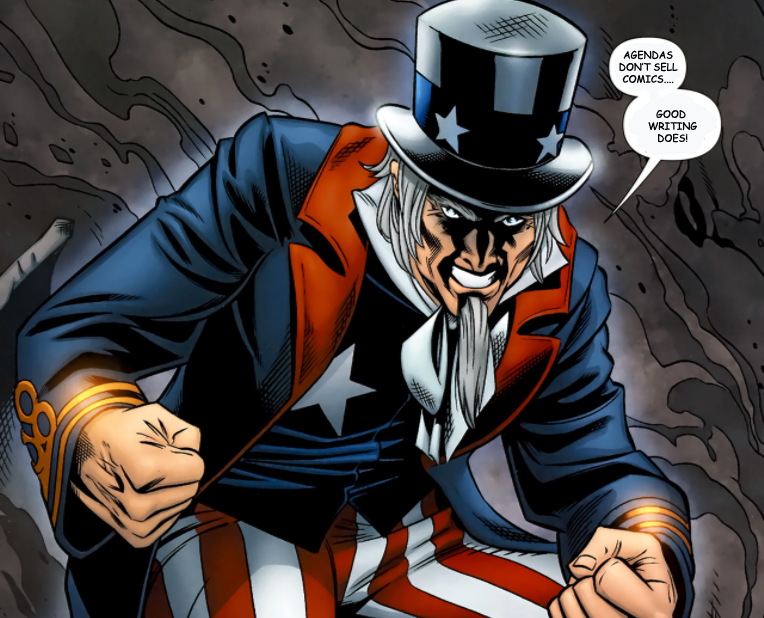 Agendas don’t sell comics, but innovation and respect for fans and source material do. A basic economic principle, the comic book realm included, states that higher profits result from making an appealing product, and part of that stems from intimately knowing the demands of the consumer. That seems to be a hard concept for Marvel Comics to grasp, though, which is odd coming from a company that dominates the superhero film box office just by name alone and has consistently outsold DC for many years. In recent years, Marvel has taken to aggressively churning out several books that reimagine heroes with different identities. As with many ideas that sound good on paper—in this case increasing representation and relatability for increasingly diverse readers—this practice has turned out to be horrid in its execution.

There was once a time when Marvel genuinely paved new ground for diversity in comics, with the creation of such now well-known characters as Storm, Falcon, and Black Panther. In these characters’ early years, they were well-written and sympathetic, with deep mythologies that put them in situations respectful of their characteristics and abilities. Now, a bunch of dull wannabes who have generic and unappealing backstories have taken the helms of many longtime Marvel readers’ most favorite characters. This includes some of the core Avengers lineup like Thor, Iron Man, Hulk, Hawkeye, and even lesser-known characters like Captain Marvel.

If any fan group is extremely slow to change and clings to the characters it loves with an iron grip it is the comic book community. While this is a streak more prevalent in fanatical fans who have stuck with characters they loved for so long, some comic lovers refuse to acknowledge the numerous continuity changes that have taken place in DC and Marvel over the course of their operations. Continuity shifts are often necessary from both a marketing and creative standpoint, to clear up occasionally decades of conflicting backstories and mythologies that can alienate first-time readers.

Also, crisis level events that signal the start of a new era in the comic book world often can provide emotional sendoffs to beloved characters who must be killed off due to declining sales or popularity. These stories can also provide reassurance for fans that their heroes still live on in alternate dimensions and will be seen again when threats sweeping the entire multiverse emerge. For characters without firm support from fans, a fate in a forgotten corner of the multiverse of the comic book realm is often an effective creative decision, as well. Only the most devoted fans can then find them, thus respecting the character’s existence while still maintaining narrative cohesiveness. If DC can do this well, why doesn’t Marvel get off its elitist high horse and actually understand its fans this once?

Most of their ‘revolutionary’ new books star characters who push social justice narratives with choppy writing that could easily be found in the most cringe-worthy parts of Tumblr. Comic fans come from a variety of political persuasions, but only very few will succumb to the pandering by Marvel in comic book stores. With all the reimagining going on of classic characters one would think that the Secret Empire event—in which Captain America is revealed to be a Nazi and helps the Third Reich’s evil science division, Hydra, take over America—would have taken off by storm.

Instead, fans publicly burned copies of the first issue, instead of seeing the deeper meaning: that the idea of America being a nation of hate meshes perfectly with the progressive politics present in so many other books. If Marvel can’t figure out this logical inconsistency, figuring out how to save its comic sales might be impossible. I suppose this is me coming down firmly on the side of DC in terms of my comic preferences, but the company has overall done right where Marvel has done hideously wrong. With the Doomsday Clock event beginning in November, and thus the convergence of the Watchmen and mainstream DC universe that began in May 2016, there is certainly much to anticipate and thereby more time for DC to take back its crown as king of the comics.