Looking ahead to final home-stand 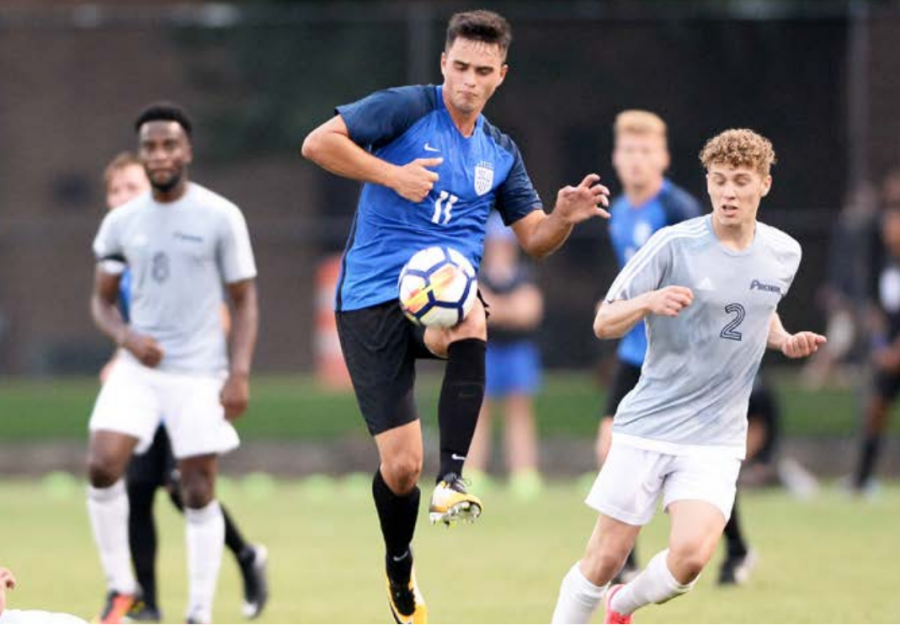 Play kicked off Wednesday, Oct. 4, against Duquesne. The Bills came into the match with a 9-0-0 series record over Duquesne. The record seemed to be slipping through the Billikens’ hands when the first half drew to 0-0. The Bills came alive in the second half when redshirt freshman Keaton Schieffer blasted a volley in from outside the box in the 61st minute. The Bills struck again in the 81st minute on a penalty kick. Junior defender Lennart Hein stepped up to the spot and slid in his fourth penalty of the season, making him the lead goal scorer with five goals. A late insurance goal came from senior midfielder Duncan Corbett, wrapping the scoring at 3-0.

The final leg on the road pitted the Billikens against George Mason. The thrilling match held plenty of goals all coming in the second half. Scoring opened with senior midfielder Patrick Sarr scoring his first career goal in the 57th minute. George Mason equalized, but freshman midfielder Matteo Kidd threw the Bills in the lead with his first career goal as well. Mason equalized again. With overtime looming, George Mason’s goalkeeper attempted to launch the ball upfield for a final play in the last minute. Instead, the ball hit and deflected off sophomore forward, Leo Novaes, and went in over the keeper to win the game for the Bills 3-2.

The Billikens returned home to take on Dayton in a rematch of the A-10 quarterfinal game from last season. Unlike last season’s game that finished in penalties, the score line finished one-sided. The Bills fell down 1-0 in the 26th minute and Dayton put away three more in three minutes from the 38th to 40th minutes. The Bills held off Dayton in the second half: SLU is back at Hermann Stadium on Saturday, Oct. 21, at 7 p.m. where they face off against Davidson in the final regular season home game.