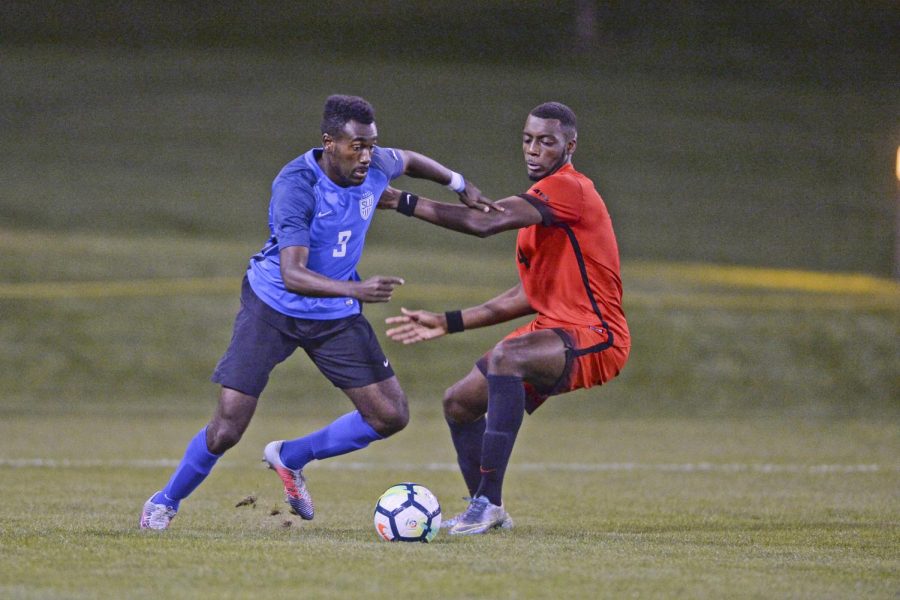 The St. Louis University Men’s Soccer team continued Atlantic-10 play with a Saturday night home game against Davidson on Oct. 21. The match played a full 90 minutes without either team able to break the 0-0 stalemate. Both teams made plenty of scoring opportunities, but ultimately, it was Davidson who broke the draw. A goal in the 96th minute wrapped the game up for a Davidson 1-0 win.

The Billikens postponed A-10 play on Tuesday, Oct. 24, when they traveled to Oklahoma to play against Tulsa. The first half of the match played out scoreless at 0-0. The second half played out much of the same way, and with overtime looming, Tulsa put in a goal going up 1-0 in the 80th minute. The Bills struck back when sophomore midfielder Saadiq Mohammed, drove one in with his head off a service from sophomore forward Leo Novaes. The game went into overtime for all of five minutes until the golden goal was scored. Junior forward Anthony Brown drove a shot into the back of the net from 15 yards out, netting the Bills the win.

Off the thrilling overtime victory, the Bills jumped back into conference play against Jesuit rival, Fordham. The game played to a 0-0 draw at the half, but after rallying for the second half, the Billikens opened the scoring with a goal from senior defender Patrick Sarr. The Bills went up 2-0 after a Fordham own goal. Fordham halved the lead in the dying minutes of the game but were unable to overcome the deficit. The game ended at 2-1, giving the Bills their second two-win streak since exhibition play in August.

The Billikens returned home for senior night in their final regular season game against St. Joseph’s on Nov. 1. The Bills needed everything to play out perfectly around the conference to clinch a championship spot. The stars aligned and the Bills just had to do their part. Scoring broke out in the 38th minute when Sarr headed one in, netting him his third goal of the season and a special senior night. The bills doubled the lead with a goal from Mohammed. The game ended in a 2-0 SLU win.

Heading into A-10 championship play, Head Coach Mike McGinty says, “It’s really about getting our guys back physically and getting them mentally ready for the next challenge.”  The Bills play University of Massachusetts, away, in the A-10 championship quarterfinal on Sunday at noon.