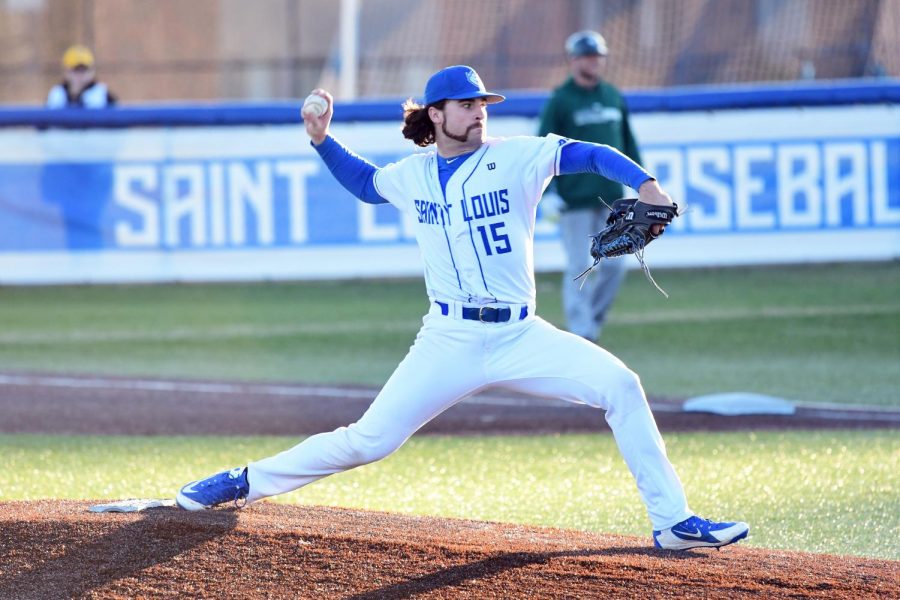 The Billikens opened up the 2018 season with a trip down to Kissimmee, Florida over the Feb. 16 weekend for the Sunshine State Classic. The Bills played four games in the tournament and came out with a 1-3 record, taking a win against Pittsburgh.

The early season tournaments continued Thursday, Feb. 22 when the Bills opened the Irish Alamo Classic with a game against Notre Dame. The game resulted in a 7-3 loss for the Bills who subsequently fell to Purdue and Incarnate Word. The Bills came back home from San Antonio, Texas with four losses making their overall record 1-7.

The Billikens opened a 10-game home stretch that started Friday, March 2 against Chicago State. The Bills played out the three-game series over the weekend that resulted in three wins for the Bills.

The first game of the series took the Bills two innings to win. With three runs in the second inning and four runs in the third inning, the Bills kept the lead largely thanks to a stellar performance from junior pitcher Miller Hogan who held Chicago offense with three shutout innings.

The next two games of the series played out in similar fashion with the Bills outscoring Chicago in both games. The second game saw the Bills take an 8-4 victory thanks to a fifth-inning jolt that saw the Bills tally six runs.

The final game of the series was put to rest with a 4-0 win for the Bills, who put one run on the board in the fourth inning and finished the game up in the eighth with three more runs.

On Wednesday, March 7, the Bills were slated to travel to Illinois to take on SIUE but were unable to play due to the weather. Instead the Bills stayed home for a three-game series beginning March 9 against Oakland. The first game gave the Bills a 9-3 win after going up 2-0 in the third inning with a single from senior shortstop Alex King, that netted him two RBIs. The third finished up 4-0 and from then on the Bills hit five more runs giving them the win.

The next day continued the series with a double header that gave the Bills a six-win streak. The first game resulted in a 6-4 win and more of the same came from the next game with an 8-0 win.

The Billikens continued their home streak with a game against SIUE that resulted in another win (5-2) that lead the Bills to a winning 8-7 record for the season.

The Bills played their last home game of the stretch against Purdue. The Bills came back with a vengeance after falling to Purdue earlier in the season 5-2. The three-game series was a Billiken sweep, taking all three games from Purdue.

The series kicked off with a double header on Saturday, March 17 that saw the Bills overpower Purdue with a 15-1 win in the first game and then an 11-9 comeback in the second. The final game of the series was completed on Sunday with a 7-3 Billiken win, giving them an 11-7 record overall and a 10-0 home record.

The Bills played a Tuesday road game against Iowa. The game stretched close back and forth with the Bills ultimately triumphing 7-6 with two home runs from King and sophomore catcher Ryan Hernandez.

The Billikens open up conference play in their next series at Saint Joseph’s with a 2:00 p.m. start on Friday, March 23.