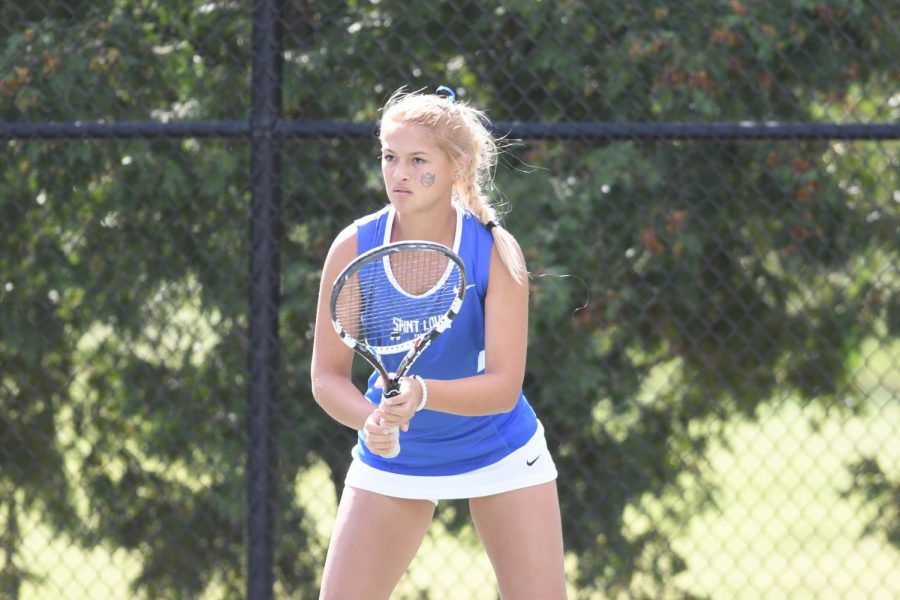 The men’s team traveled to Virginia to compete in back-to-back matches on Thursday and Friday against Richmond and VCU, respectively. Both marked disappointing days for the men as the Bills lost 5-2 against Richmond and 4-0 to VCU. However, the team is now on the upswing following Saturday’s match against Saint Joseph’s in Philadelphia where the Billikens easily defeated their Jesuit brothers to the East 6-1, with especially dominating performances coming from the Nogalski brothers in the doubles matches defeating Tan and Fick of SJU 6-1.

The women had a rollercoaster of a week, with two wins sandwiching a loss against Fordham on Friday in New York. The two wins, however, seemed to come naturally to the women as they steamrolled over Rhode Island 6-1 on Feb. 28 and Saint Joseph’s 5-2 on March 3.

Sophomore Cassie McKenzie was the only player to record all wins in each of her three matches last week. “[The team] has been looking forward to this trip since the beginning of the year, so, every time we went out on the court our mindset was, ‘we are in a beautiful place with our best friends, doing what we love, so let’s make the most of it on and off the court’” said McKenzie.

Overall, both men’s and women’s teams are looking to improve as the season progresses, and are seeking the Atlantic-10 Conference championship in April.