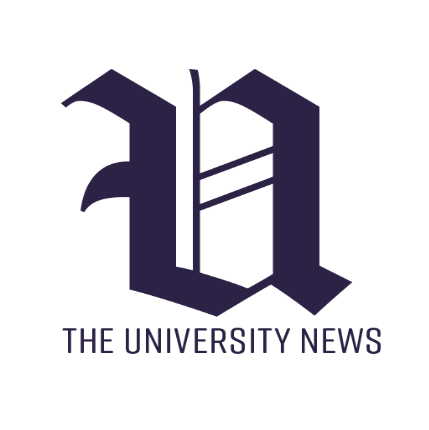 This past year was Saint Louis University’s biggest fundraising year to date, and the most recent gift to the school was a 50-million-dollar donation from Dr. Jeanne and Rex Sinquefield, to help fund the SLU Research Institute, support the Chess Team on campus, and to establish the Sinquefield Center for Applied Economic Research. The donation is the largest in SLU’s history – but is making news for another reason as well, as a few members of the faculty raised concerns with certain parts of the deal.

The donation was announced at the end of August, and according to SLU’s Vice President for Development Shelia Manion, talks with the Sinquefields had started around a year prior. She said that Rick Sinquefield was very excited to give to SLU and help propel the university even higher in national reputation, saying that it was something ‘he had wanted to do for a long time.’

“You could see the pride and joy that he found in being able to do this,” Manion said

According to Manion, this goal of helping SLU and the community around it is a common one shared by many of SLU’s donors, and that actualizing the gifts given by donors isn’t a “one size fits all” system. Manion says that her team are committed to good stewardship of the donors and to making the processes personalized.

“Donors want to be involved, and they want to change the world.” Manion said. “Even though not every department gets the same amount during a fundraising campaign, all of [these announcements] get people’s attentions, and that gets people to think ‘Wow, something is going on there [at SLU]’ and then take a look at donating in their field of interest. [SLU] is a good place to invest, and we need to keep that momentum going.”

Manion says that this is the first time SLU has undertaken a fundraising deal of this scope.
“We haven’t ever been through this kind of fundraising campaign. It will be a learning experience, and there will be bumps along the way, but the best thing about this campaign is that its not going to bricks and mortar, it’s going to programmatic things.”

However, this large gift is not without a bit of controversy.

Two members of the Economics Department at the Chaifetz School of Business, Professor David Rapach and Professor Bonnie Wilson, found that parts of this new fundraising deal with the Sinquefields was in violation of the SLU faculty manual. The Professors wrote two memos to the administration, detailing their concerns.

The first concern was the fact that the donor would have a hand in hiring the director of the center.

“I immediately viewed this as an obvious violation of academic norms of integrity and independence,” said Rapach, “It is wholly inappropriate for a financial donor to have any say in hiring and promotion decisions.”

The potential negative effects of a donor having this type of influence doesn’t stop at hiring, said Rapach.

“It affects the reputation of the institution, and it also affects my reputation [as a researcher]. Does a donor have influence on what research I am doing, or what conclusions I reach?” said Rapach.

Professor Wilson agreed, saying that even though individual researchers at SLU would know if their work was independent, they could not effectively and credibly demonstrate to others that this was true.

Another issue brought forth in the memo was that the Director would hold the title of “Professor of Economics” and be hired by the donor themselves. Rapach and Wilson state that this would grossly violate the faculty manual set forth by SLU.

“The work that I currently do, leads me to be named as a faculty member,” said Wilson, “So they titled this person originally ‘Professor of Economics,’ suggesting that they expected them to be doing work that a faculty member would do. But that would violate the faculty manual, because then the hiring would have to be done by a committee.”

This is not the first time a major US university has entered into an agreement where financial benefactors had influence in the affairs of the university.

Just this year, George Mason University in Washington D.C. was sued by a group of its own students, and it was revealed that the University had entered into an agreement with a benefactor where the donors controlled seats on a committee that chose candidates for a faculty position. Another GM donor was also involved with this type of donation deal, and members of the organization were involved in hiring and admission suggestions, among other things.

These revelations at George Mason, and the outrage from students and the academic community that followed them, make SLU’s most recent agreement all the more surprising, says Rapach and Wilson.

“The question is how and why did this happen in the first place,” said Wilson, “Something is wrong with the way we are proceeding if it got to this point and the only thing that stopped it was Dave and I writing a memo. The solving the letter of the faculty manual does not solve the moral concern of maintaining without question the integrity of the institution.”

“I’m worried about my colleagues and students. Being here is such a great privilege, to do research, teach students, just being a part of the SLU community.” Said Rapach.

Wilson stressed that these same concerns would apply to any gift or donation to SLU.

“These kinds of gifts are extraordinary things, and it’s wonderful that the Sinquefields have done this, which is why it is all the more important that it be done right,” said Wilson, “There has to be a way we can celebrate and honor these benefactors like Dr. Jeanne and Rex Sinquefield and at the same time preserve our integrity.”

Manion declined to comment on the memos but assured that she feels the agreements she helped foster with the Sinquefields will be extremely beneficial for SLU.

“I would never enter into a relationship that had any kind of unethical, immoral, or illegal implications for the University,” said Manion.

For students who would like to read the memos, they are available online at  https://sites.google.com/slu.edu/daverapach. And the press release on the Sinquefield gift is online at https://www.slu.edu/news/2018/august/historic-gift.php