A Conversation with Gryffin

Chandana Kamaraj from The University News sat down with Gryffin, an American DJ, initially known for his remixes of Tove Lo’s “Talking Body,” Maroon 5’s “Animals” and Years & Years “Desire” during weekend two of Austin City Limits. In the press lounge we meet Dan Griffith, with the stage name Gryffin, as the BROCKHAMPTON set plays on TV in the back. 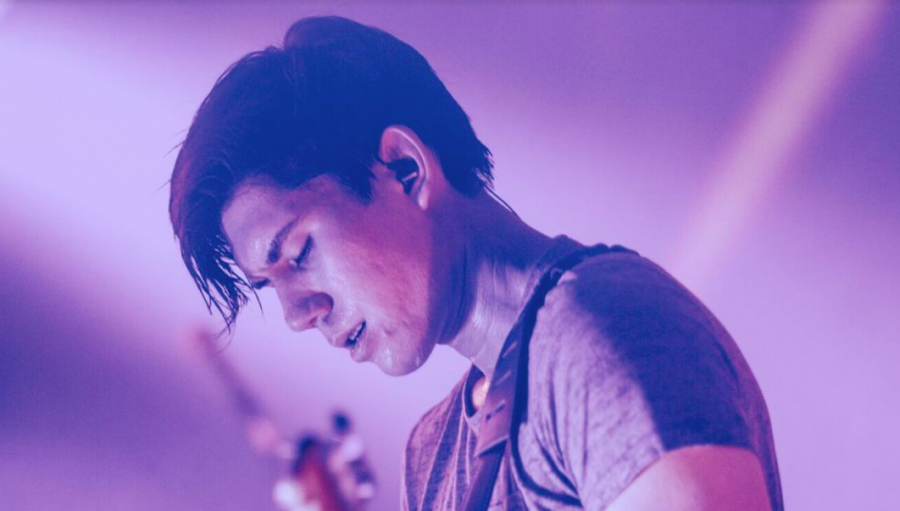 The University News: Is this your first time at ACL?

Gryffin: Yeah. It is.

UN: How are you feeling?

G: It’s awesome. I always kind knew that ACL was a dope festival but until I got here I didn’t realize how big it is and how awesome the vibe is. So, I’m super happy to be here.

UN: Have you performed in Austin before?

G: Yeah I played at SXSW and came again and did the Empire Garage, so the outdoor venue. This is my third time here.

UN: Has it been any different each time?

G: Yeah this time it’s even crazier and SXSW is cool festival but it’s super spread out, so this is 100,000 people in one space so it’s crazier. Everytime I come back to Austin I feel more energy and more fans of my music and it’s really cool because it’s one up the last time. This most recent time has been amazing.

UN: That’s awesome! Okay, so can you clarify what EDM is? I know there are couple of people who just clump it into one sound, so can you tell me the different types of EDM sounds within the genre?

G: There are so subgenres of EDM but if you are trying to classify it as a whole, it is kind of like just the name—Electronic Dance Music. Like fundamentally dance so it makes you want to move and it uses a lot of synthesized digital sound and synthesized drum kits. Within that there are so many different types, but if you want to classify it all together it’s music that’s mad half from the computer so it’s electronic and it makes you move.

UN: So, can you explain a couple of the subgenres? What do you think your type of sound is?

G: Yeah, I think I’m definitely more in the melodic version of it and I do two different types of music. I do melodic house music and I also do what they call future bass.

UN: What is that?

UN: I know you personally from listening to “Desire”, which was in that Zac Efron movie, so I was wondering how do you choose who to remix.

G: It depends. In the beginning, I was doing any remix of a song that just spoke to me on an emotional level and the vocal resonated with me along with the voice. Also it depended on what sounds I could find online. I would look for a capella songs online.

UN: Really? When was that?

G: It was during the end of 2014 beginning of 2015. I was putting music out for free on soundcloud and then record labels started messaging me saying “Hey, will you remix our artists.” That was when I got to remix Tove Lo, Maroon 5 and Years and Years. At that point I was able to be a little more selective, but it terms of what songs I want to remix, if the lyrics speak to me on an emotional level or if I really appreciate what the artist is doing in their career at the moment it makes me more excited and want to remix them. We made the record and weirdly was not even going to put that song out and I actually made the remix and didn’t know if it was good enough or if people will like it and Max Joseph who ended up directing and producing “We Are Your Friends” heard the record at a meeting with Interscope since they were curating the music for that movie and he said, “This is the song. This is the song I want to be the single off of the movie. I know exactly what part of the movie I want to put it in.” They then contacted me and Max told me that he loved the song and asked if he could put it in the movie. At that I was thinking to myself, “well I guess I’ll release the record.” It took off from there and he invited me to the premiere for the movie and I got to meet Zac Efron and Emily Ratajkowski and hang out with all those guys and the song took off so it was a really cool experience.

UN: That’s really cool. So, when it comes to remixing music, when do you think you’re done? Also, what are the limitations of it?

G: When do I think I’m done with a specific remix? Or just a general when am I done with remixes?

UN: Like, when you take up a song and decide that you’re going to remix this song, when do you feel like this is it?

G: It’s honestly hard to say. With music it weird, because with any sort of art form, you can work on it forever and never feel like it’s 100 percent there. At a certain point you have to feel like you’re kind of proud of it and you just have to put it out in the world. I can’t really say exactly when I feel like it’s totally there, but I get a good enough idea when everything melodically fits together and I’m personally connected to it. Once it gets to that level, I’m ready to release it to the world and see what the world thinks. But, it’s always a different process to get to that state of mind.

G: That’s a good question. I do think remixes are limiting in that regard. I think if you crush a remix that can honestly sometimes be better than the original in a weird way. I’m not saying that I’m doing that. I don’t want to put that out there. Sometimes a remix can be a really good fresh take on songs and outdo the original, but I feel like there are limitation though because it isn’t your specific piece of work and what you are known for as an artist. That’s sort of why I have been wanting to move a little bit away from the remixes. I love doing them and I still enjoy and still will do them, but nowadays I am a little bit more focused on my own artist project and translating the sound from my remix days into original music and when I make it, think about what do I want to say on this piece of work today and what I want this original piece to be talking about and how do I want to show it to the world.

UN: Did that help you open up and go through the process differently?

G: It’s definitely different. Yeah. For the remix, you are reimagining a record that was already written and are almost starting at a certain point in the song already as it’s been kinda created from a certain point and you’re just kinda picking it up and taking it to a new world. With an original song, it’s literally like a blank sheet of paper so we think, what do we want the song to be about? It starts from way earlier on. So for the original studd, when people really enjoy it, it means more to me personally because I created this baby from thin air.

UN: Where do you draw from?

G: Everywhere. With songwriters, maybe they have something they want to say and it’s about getting it out of the songwriter and sometimes I’ll come to the session. Maybe something happened in my personal life or an idea of a song comes to me and I think that would be cool to make a song about that. It’s the matter of writing it and getting the lyrics down and getting the message out on paper and lyrically and melodically and then prodicing it out. It kind of comes from everywhere though—my own life, other people’s lives, songwriters lives. It’s just about being open to listening to other people and listening to my own voice and emotions and head.

UN: It’s something else.

UN: So I’m from Saint Louis University, and I actually didn’t listen to English music until I went to college and then it was a whole new experience in terms of music. When did your music experiences start?

G: I’ve been into music my whole life. I played piano classically when I was a kid and in high school I played the guitar in my jam band. But when I got to college, I fell in love with dance music. It was Swedish House Mafia, Deadmau5, Skrillex, and they were all coming out with music that I had never heard before, so that I point I thought the music and the sounds were crazy. I decided that I wanted to see and try to make that on my own and see what it’s like just for fun. When I was studying, I would be in the library and taking a break from studying and working on music.

UN: What was your major?

G: I was Electric Engineering.

UN: What? I’m an engineering major.

G: Nice! Very cool. Yeah I was nerding out hardcore in college and as an escape from my four hour lab I wanted to do something else. That’s where I would make music and when I was a junior, senior in college, that’s when I started putting out remixes on soundcloud and it started to take off and labels started hitting me up and basically I was like maybe I can do this as a career. I love music my whole life, so I ended up walking away from the engineering path and pursuing music and I couldn’t be happier.

UN: That’s really cool! So, coming back to performing, when you’re on stage, what excites you?

G: Nothing is more exciting than seeing the smiles on people’s faces singing the records that I’ve made and worked on and feeling the energy from the crowd. That gives me so much energy. 100 percent. There’s no cooler feeling than being out on stage and feeling that rush of energy and you wanting to give it back to them and it’s a ping-pong thing of feeding off of each other and it build throughout the set. That’s like my favorite part of performing.

UN: Do you prefer one—performing in front of others versus writing your own music? Is that a bad question?

G: No, not at all. My favorite part about music is making music. It definitely is. I enjoy the live stuff 100 percent. But I got in the industry and started getting into the music by making the music, because that’s my favorite part—being in the studio, creating melodies, then music. The touring part is an amazing perk of it. But, nothing makes me happier than the creation of music.

UN: Where is it going from here?

G: I’m about to announce putting out an album. We’re working really hard on that in between all these shows and I’m really excited for how it’s turning out.

UN: That’s awesome. Well thanks for being here!
Tie Me Down by Gryffin ft. Elley Duhé came out on Aug. 2 and he performs next at the Hakkasan Vegas Nightclub in Las Vegas on Oct. 20.