A Preview of SLU’s “The Crucible” 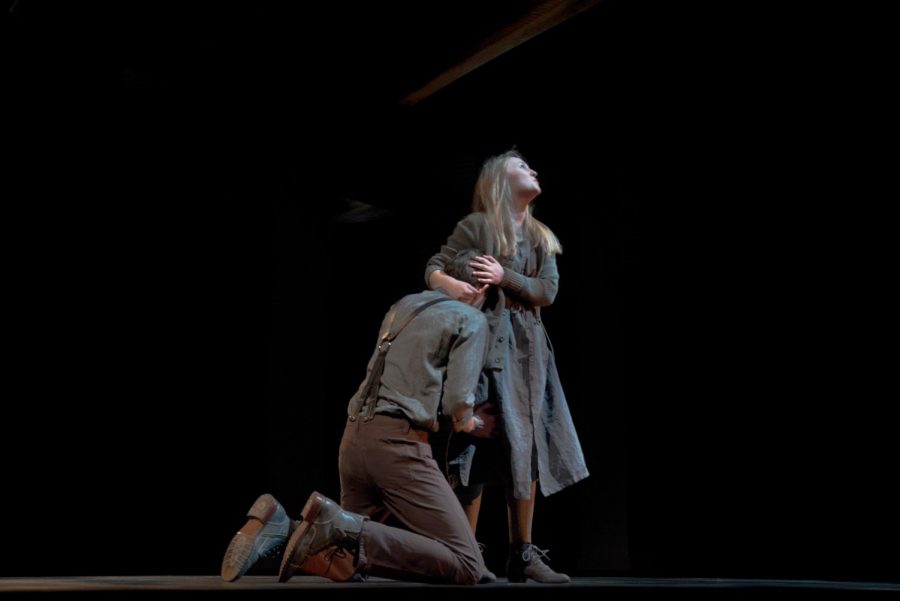 The second show of Saint Louis University’s Theater Season opens on Thursday, and runs through Dec. 2. “The Crucible” is a play based on the mass hysteria caused by the Salem witch trials. Written in 1952 by Arthur Miller, this show was also inspired by McCarthyism and the accusations or “witch hunts” that occured in the early 1950s.

The plot of “The Crucible” follows the spiral of events that occur once hysteria begins to spread in the community. It all begins when a group of girls are caught dancing in the woods. One of the girls falls ill, and it is suspected to be caused by witchcraft. The events that follow allow some characters to thrive amid the paranoia, but at the expense of other characters who fall victim to the witch hunt.

The cast and crew at Saint Louis University Theater have produced an interesting and exciting take on “The Crucible.” The set and the costumes are simple, but purposeful. The set is made up of three movable structures that effectively create different environments for each act. In addition to the set, the lighting design is used strategically to set the mood of each scene. Different colors and shadows give each scene that extra touch, adding to the overall mystery and suspense of the story.

Another interesting touch to the environment is music that begins to play during particular scenes. The music gives the play a modern element without being too overwhelming and adds a contrast to the more intense scenes. The cast wears all-grey costumes, which allows the story and the characters themselves to be the main focus of the show. Given the dark themes of this show, I think the set, lighting and costumes create a perfect environment for the actors to take advantage of.

While the set and costumes are great, the real selling point of the show is the student actors. Many of the roles are extremely difficult to pull off, with highly emotional and intense scenes. The actors’ execution of these scenes is impressive, to say the least. They convincingly scream, cry and act influenced by the devil, something no average actor could pull off.

The character Abigail Williams, played by Carlee Cosper, drives the main conflict of the play, as she accuses people of being witches and fills the main character, John Proctor played by Ross Rubright, with guilt over their past relationship. Cosper brings the perfect balance of insanity and deviousness to the role of Abigail. Ross Rubright, as well, movingly brings to life John Proctor by giving emotional depth to the role, making him the ultimate tragic character.

Elizabeth Proctor, played by Molly Meyer, was another character that stole the show. Meyer delivered an extremely solid performance as she flawlessly worked through the emotions of dealing with an adulterous husband, getting accused of witchcraft and finally seeing her husband close to death. Her emotions are mirrored by Reverend Hale, played by Andre Eslamian, who slowly spirals into grief and madness over his role in sentencing so many people to death for witchcraft. I must say that each and every member of this cast gives an outstanding performance and brings something unique to this play.

I highly encourage everyone to make time to see “The Crucible,” taking place in Xavier Hall. The highly talented actors, crew and faculty members have put together a moving and unforgettable show that you definitely won’t want to miss. I know I will be returning once the show opens to get another taste of this fascinating show.