Putting together the Billiken Blue Puzzle 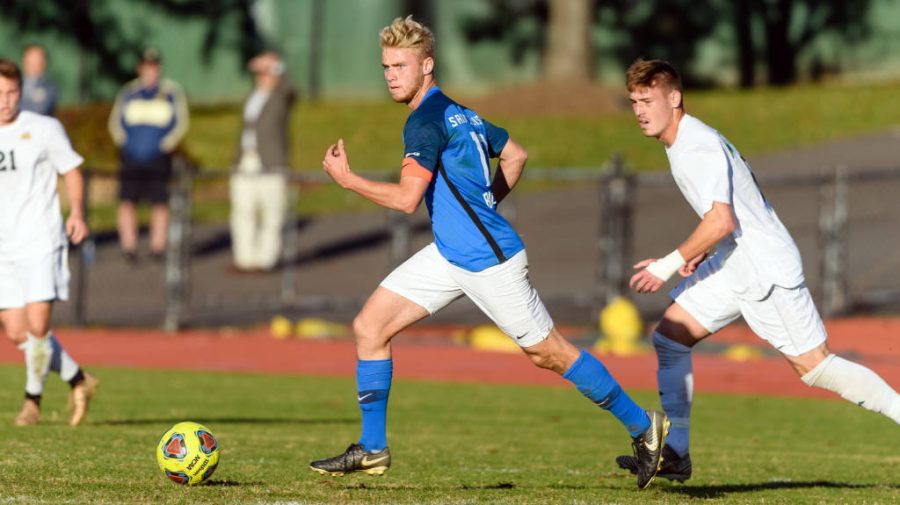 With the winter sports season starting off at full throttle, the fall sports have drawn to a close, and SLU men’s soccer ends their season with some key takeaways moving forward.

The Billikens fought their way into an A-10 tournament spot, seeding sixth in the conference with a 3-1-4 record overall. Four grueling 110-minute draws kept the Billikens in the middle of the table throughout the season, but got them a spot in the tournament.

The Bills faced off against No. 3 seed George Mason in the quarterfinals of the A-10 tournament. The match went into double overtime, a spectacle the Bills saw a total of seven times throughout the season. With penalty kicks just two minutes away, a header from George Mason’s Pablo Pertusa won them the game, ending SLU’s soccer season.

SLU posted a record of 6-4-7 for the overall season. Though the Bills won more games than they lost, ties were the biggest percentage of games.

In an interview with Athletic Director Chris May, Head Coach Kevin Kalish said,

“The expectation is to win the A-10 and make it into the NCAA Tournament. We didn’t do that this season, but I think our culture became stronger. I think the expectations are clearer on how we work and what we’re trying to accomplish. On the field we made tremendous progress with our identity and how we’re going to win games in the future.”

It was clear throughout the season that Kalish has been laying the groundwork for a successful program. The Billikens proceeded to outshoot nearly every opponent they faced. And as Michael Scott said, “You miss 100% of the shots you don’t take -Wayne Gretzky.”

Even with a large amount of ties, the men’s soccer team is still taking a step in the right direction. Billikens dominated shot counts throughout the season, which in many cases was a solid product of more possessions than the opposition. Most losses were narrow margins and most ties were at 0 to 1 goal apiece, a strong step up in their defensive play.

The final piece of the Billiken Blue Puzzle (I’m coining this term, it’s mine now) was the local talent. Kalish is using local ties to keep the best talent from St. Louis at home. It started with a few players in this season and a few more in the next season. It is likely fans will see a lot of St. Louis players coming to SLU, especially if the program can continue its positive growth.

The first year under Kalish has seen a lot of little tweaks to the team’s dynamic that may ultimately push the program to heights not seen in years. Fans will just have to wait until next season to see how high they can go.