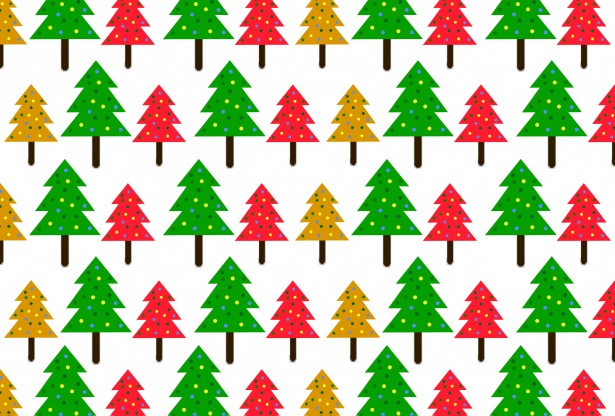 It’s the most wonderful time of the year—and recently, also the touchiest.

The past few years have engulfed jolly well-wishers in a fairly intense inter-religious crisis. According to many Christians, there’s a “war on Christmas” going on with  Jesus as the main point of conflict (or, at least his name). Many people are angered at the gravitation toward “Happy Holidays!” rather than “Merry Christmas!,” believing that this is blatant disregard for the true meaning of the season: Christ.

Christians are fighting back viciously against this modern trend. We’ve all seen that “Put Christ Back in Christmas!” bumper sticker and heard of the controversy surrounding Starbucks’ plain red “holiday” cups that didn’t ink Christmas across their fronts.

As someone who was raised Christian, I just want to invite everyone to step back from the situation, relax and have a little bit of empathy.

We don’t need to “put the Christ back in Christmas.” You may do that, in the comfort of your own home and your own place of worship, if you so please. You may read the Bible before opening any presents. You may sing “Silent Night” in place of “Frosty the Snowman.” You may set a Nativity scene up on your front lawn. You may do all of these things because to you they make the holiday more meaningful, memorable and magical.

But doing these things will not have the same effect on everyone because not everyone is a Christian, and not everyone celebrates “Christmas” as the birth of Christ.

Yule was, at first, a holiday coined by German pagans that wanted to celebrate the longest night of the year, the Solstice, from which point onward the days would become sunnier and brighter. Holly and mistletoe were hung to represent the “seed of the Divine.” Yule logs were burned, Yule trees were decorated, Yule feasts were enjoyed and Yule gifts were exchanged.

The line between Yuletide and Christmastide traditions have been blurred over the many, many years of their celebration. Not only that, but other holidays such as Hanukkah and Kwanzaa happen to share the same time frame with Christmas.

It just isn’t fair to allow Christians to monopolize this season of giving and happiness.

And why would we want to? By saying that this season is only for Christmas (or, our Biblical ideas of what Christmas should look like universally), we’re basically saying that the authentic joy of waking up to see what Santa brought on Christmas morning, of baking gingerbread cookies and of stringing up lights across our eaves is reserved for children that were brought up Christian. Even worse, we’re saying that those in other traditions—who just don’t care to celebrate Christmas or Yule at all—are invalid for believing the things that they believe and choosing to celebrate a different set of holidays.

This is such a small-minded worldview to have.

I truly believe that we don’t fully choose our religions for ourselves. If you were born where someone else was born, you would believe what they believe. Isn’t it a tad coincidental that God placed you and all of your loved ones into the “right” religion, but birthed billions of others into the “wrong” one? Isn’t it a bit unrealistic to think that the only way to seek a higher power or serve a greater glory is to do so your way?

See, this situation of “Christmas” versus “Xmas” runs much deeper than a minor discrepancy in verbage. The issue rests on the idea that Christianity is right and everything else is wrong.

Who are we to really say?

It’s okay if people want to celebrate a season of warmth and family without celebrating Jesus simultaneously. It’s okay to believe in reindeer and not in redemption. It’s okay to give gifts without a single mention of gold, frankincense or myrrh.

Let people have their holiday, and let them have it their way. Arguing simply takes the holly jolly out of everybody’s everything.