Maggie Rogers Reaches Listeners with “Heard It In a Past Life” 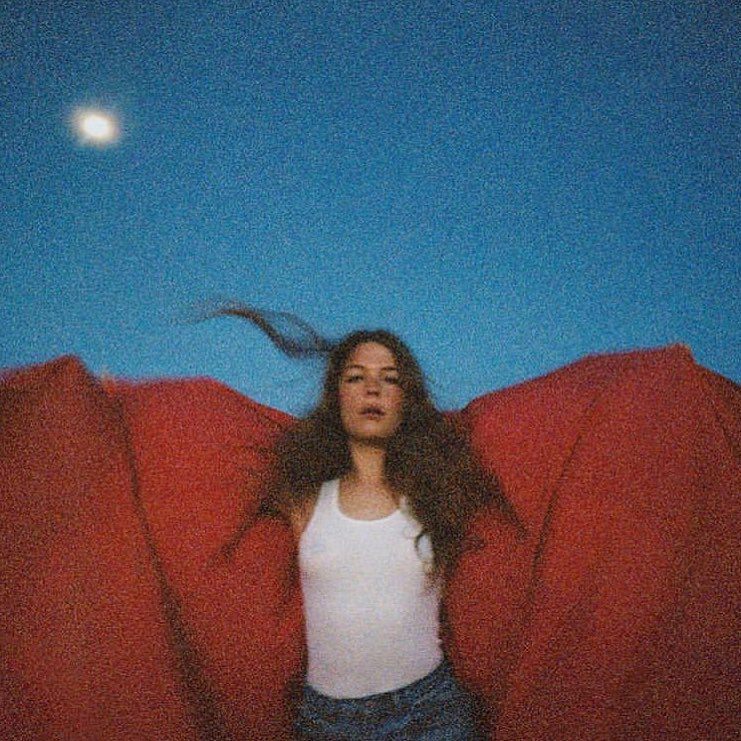 From small beginnings in a makeshift recording studio slash broom closet to quickly skyrocketing in popularity with her incredibly unique sound, singer-songwriter Maggie Rogers has established a well-earned spot for herself on the charts. The 24-year-old Maryland native went through a whirlwind of milestones only this past couple years, including visibly impressing Pharrell Williams with her mellow dance hit “Alaska” during a master class, performing on Saturday Night Live, and becoming the center of a bidding war between record companies.

Fascinated by her own musical transformation, Rogers detailed her journey in her first studio album, “Heard It In a Past Life,” which was released this past month. It is nothing short of an elegant and ethereal collection of songs that feel like an intimate conversation between Rogers and the listener. Her single “Light On,” has an upbeat, sing-in-the-shower vibe, but under the tune, the lyrics detail her uncertainty and anxiety about being thrust into the spotlight. Rogers describes the violent feeling of suddenly experiencing a break in her writing slump in “The Knife,” a dance song with a gnarly bass-line accompanying her lilting vocals. Whatever it is, Rogers has a way of creating relatable narratives that are personal to both her and the listener and laying them over melodies that are gentle and beautiful, but still make you want to dance.

This album was the result of Rogers experiencing an artistic roadblock. Frustration with herself and from her instructors pushed her to take a hiatus and recalibrate who she believed she needed and wanted to be. During this time, Rogers was inspired to use more inventive samples in her music, such as the sounds of birds, jars or even drumming on her thighs in order to get the sound just right.

Her break from music led her to create an album as a way to process everything she had been experiencing. The album features “Back in My Body” and “Overnight,” two anthems about being unapologetically alive and accepting who you were meant to be. The slower ballad of “Past Life” approaches the similar topic of experiencing a shift in one’s life, but the simple piano accompaniment allows Rogers to showcase her vocals over her musical composition. The overall tone of the album is comforting, almost saying to its listeners that everybody changes who they are, whether by choice or by circumstance, and that you are not alone in your struggle to find your place.

One notable song, “Give a Little,” had an inspiration in stark contrast to the other songs: the National School Walkout in support of stricter gun laws that took place in April 2018. Rogers states that this song was written about empathy and creating a world where “we treat problems as human issues, not political ones.” Her trademark takeaway of accepting change when it is out of one’s control and causing change where it is necessary continues to be a welcome and important reminder to those looking past her dance beats to listen to what the lyrics are truly saying.

While the entire album is full of tracks worth giving a listen, “Fallingwater” is a favorite among fans and seems to be the one that best captures Rogers and the atmosphere she has worked to cultivate. This song began as a demo in 2016 and evolved into a story about capturing and owning one’s own vulnerability. The title fits the feel of the song, as both the vocals and the harmonies build to transform the song from a simple, percussive beginning to a cresting wave of emotion and power. The track then begins to ebb, narrowing down to the repeated lyric “I’m like falling water, set me free/ You were like falling water coming down on me” before ending with Rogers’ unbacked vocalizations that are enchanting enough to send chills down anyone’s spine.

“Heard It In a Past Life” is exactly what it makes itself out to be. Through her vocals, her relevant and relatable lyrics and her one-of-a-kind compositions, Rogers has created a refreshingly unparalleled album that brings about a sense of nostalgia, understanding and acceptance. Her music brings the listener into her life and vice versa, almost making the audience feel like they can personally understand the drive behind each and every song. As Rogers’ herself said after it was released, “This record belongs to you now.”