Remarkable Rookies Shine in the Heart of A10 Play 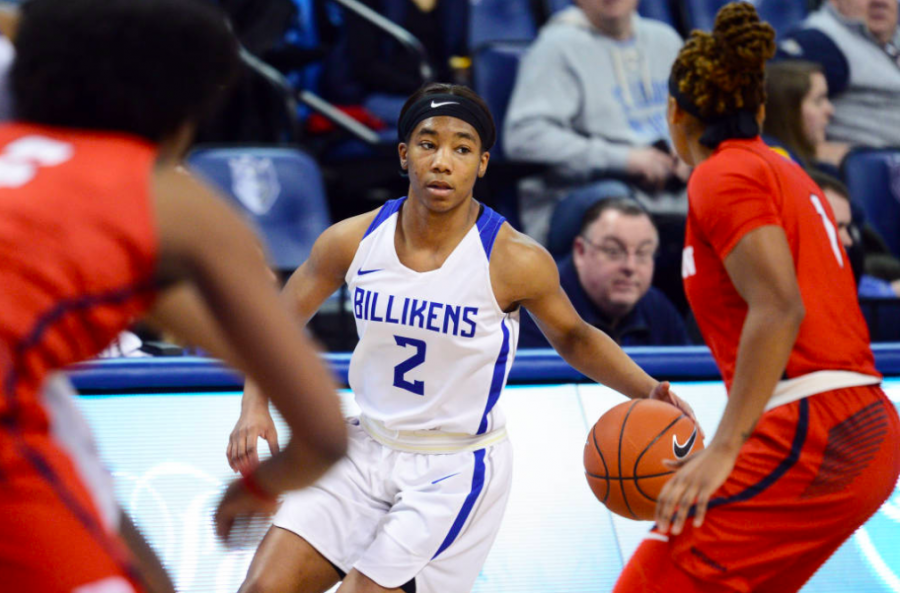 Remarkable rookies shine in the heart of A10 play. Photo taken by Billiken Athletics.

In a season that has brought a lot of negative results for the Billikens women’s basketball team, the freshmen class has brought nothing but a steady stream of positives.

Leading the charge for the freshman is Ciaja Harbison, who has been a rookie of the week representative for the Billikens six of the nine times that SLU has received the award.

The 5-foot-6 guard’s offensive explosion has shot her to fourth in the A10 in scoring with a clip of 14.4 points per game. A huge part of this impressive scoring clip comes from her ability to not only get to the foul line, but also shoot a team leading 82.6 percent from it. Harbison’s scoring prowess is complimented by an incredible ability to help her teammates score. Her 4.7 assists per game has been critical for the success of the offense, as well as the squad as a whole.

Brooke Flowers has also been an integral part of the Billikens freshmen unit, being named rookie of the week twice in the campaign. Flowers, a 6-foot-5 forward/center, can be described as nothing less than a force down low for the squad. Her 37 blocks on the season are more than double the next closest number for the Bills, and her 7.1 boards per game are good enough to lead the team as well.

Regardless of the Billikens record at the end of 2018, the squad is set up for success over the next four years, as four of the top six players in terms of minutes logged have been freshmen.

The ladies will be back in action Jan. 27 as they head to Richmond, Va. to take on A10 rival VCU at noon. The game will be available for streaming on ESPN+.