Soaring Through the Glass Ceiling: The Struggles of Women Going into Male-Dominated Fields 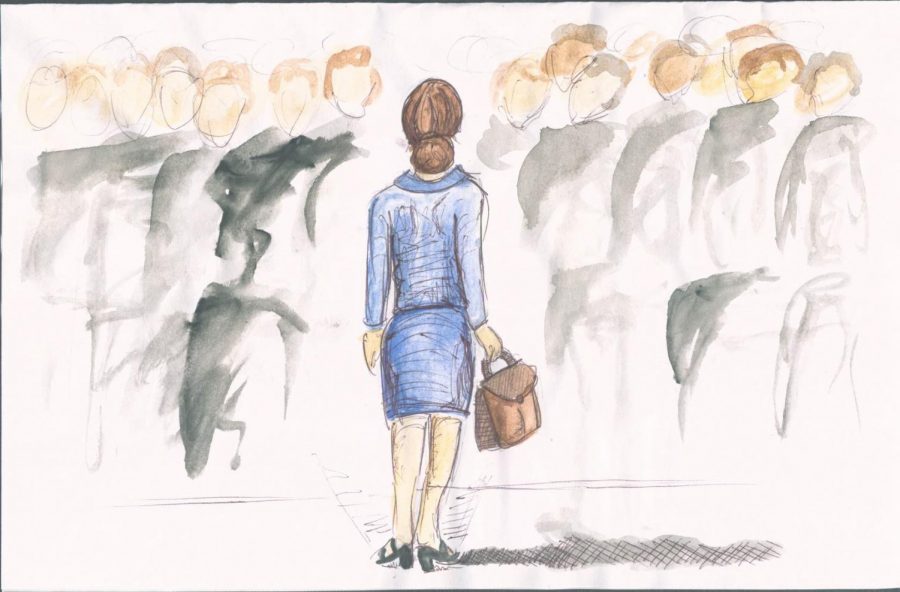 For women during World War II, it was Rosie the Riveter telling them “We Can Do It” that motivated them to step into the male-dominated workforce; for college-aged females today, it is breaking the glass ceiling.

Currently, women in majority-male workplaces can expect higher rates of gender discrimination. They often face struggles like a large wage gap, a lack of respect from coworkers and clients, feeling as if they are working under a microscope, and higher reports of sexual harassment, according to Pew Research.

The key to helping strengthen the number of females in male-dominated workforces is encouraging them at college ages to continue on their path. Many women throughout college are discouraged by professors, mentors and even parents from going into careers that society has deemed more masculine. Because of this pressure, many female students do not graduate with the degree they intended.

Christina Connell, an Aviation Flight Science major at SLU, is one exception.

Being that Connell is one of two female aviation students in her junior class, she is already experiencing how unequal the ratio of gender is within the Aviation field – a historically male-dominated field, with over 93 percent of all pilots being male.

Connell discovered her dream of being a pilot because of her parents, who are both pilots for United Airlines. By being behind the controls for the first time, she realized how much she wanted to make it her career. After that, she loved “the empowerment aspect” of telling everyone what she wanted to do with her future.

Without growing up surrounded by aviation, however, Connell may have never found her passion. Aviation “is not exposed to women as much as it is exposed to men,” she said.

Marketing, media and the environment begin to influence a person’s future career choice at a young age. For example, when computers were first marketed towards boys in 1991, the number of females in computer science careers experienced a drop.

Although, Connell and other young supporters have become advocates for women finding their place in male-dominated work forces. Connell is the president of an organization at SLU called Women in Aviation, which gives out scholarships and exposes the next generation to the field of aviation.

Her predominant motivation through the club is “exposing younger girls to this opportunity and showing them that even if you can’t fully pay for it, there are scholarships out there,” Connell said.

This is just one way in which women can be exposed to new fields that are notoriously male-dominated. Across the country, there are similar organizations that aim to close these gaps.

At SLU alone, other organizations like Society of Women Engineers and American Medical Women’s Association offer female students support in navigating fields with statistically less women. The encouragement and promotion of women in these fields are ways that these fields can become more diverse. Not only will this help women to be more represented, it advances women’s efforts in the workforce in regard to pay and developing a positive work atmosphere.

Like women everywhere, Connell looks to the future, stating “I want to fly with my mom one day. She has eight years until she retires from United – hopefully, we would be the first mother daughter crew at United in San Francisco.” This sentiment more broadly reflects the dreams many women have when making their career choices.

The future of these industries depends on drawing from a diverse workforce that cultivates an environment that inspires and welcomes everyone. Just as Rosie the Riveter signified a milestone for women during World War II, women like Connell continue to break glass ceilings.