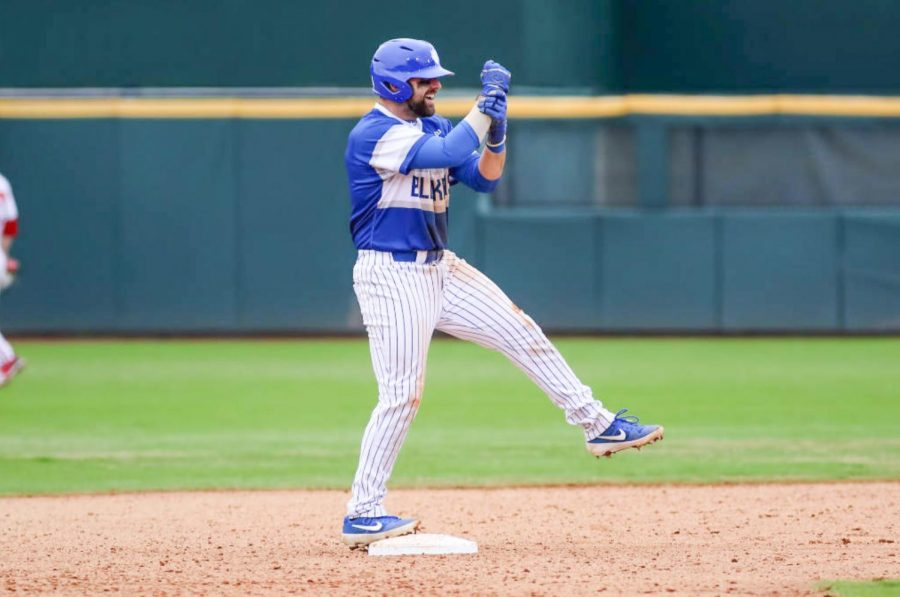 Baseball opened up play in Alabama two weeks ago followed by a trip out west to L.A. The Bills look to defend their A-10 title this spring and made it back to an NCAA regional. Photo Courtesy of Billiken Athletics.

Billikens baseball is coming off a season that other Division One programs would die for. Coach Darin Hendrickson’s Bills won the A-10 regular season and conference tournament championships, set a school record for a winning streak with 15 consecutive victories, won 38 games, made an appearance in the NCAA Regional and had two of its starters drafted in the 2018 MLB Entry Draft.

There are high expectations to be filled, but with 10 seniors gone and 14 new players, the look of the Billikens this season is incredibility different than last season. Despite these changes, the members of the A-10 still feel as though the conference runs through St. Louis, as the Bills were voted for the second straight year to take home the championship.

Despite all the success the Bills had last season, their season opened in horrific fashion, going 1-7 to start the season on their two southern road trips. Starting the year on a stronger note was sure to be a point of emphasis when they headed to Hoover, Alabama for a four-game neutral site matchup against the University of Miami Ohio RedHawks and then to Los Angeles to take on the Loyola-Marymount Lions.

The Bills were able to eclipse their early season record from last year by splitting their opening series two games apiece.

Opening the season with a win, the Billikens started strong dominating UMO to the tune of a 9-1 win. Cody Luther dominated from the mound going six complete innings allowing only one hit with four strikeouts before being relieved by Drew Reveno, who was equally dominant getting four strikeouts in only two innings of work. Freshman Ryan Patel was able to close the game out in his Billiken debut working a clean ninth inning. A breakout third inning for SLU’s offence is what made the difference in the ball game, as Cole Dubet’s two run single broke the floodgates that ultimately lead to an 8-0 lead.

With the Billikens returning to play the next day for a double header, the strong offense couldn’t continue into game two, as the Bills fell 3-2. Jackson Wark was on the losing end for the Bills despite giving up only one run on four and a third innings pitched. The latter part of the double-header saw another pitcher making his Billiken debut, Luke Matheny (son of Mike Matheny, former St. Louis Cardinals Manager) made the start and got the win for the Billikens going three and a third innings in the 10-3 win. Cole Dubet was a driving factor again with two RBIs, along with strong performances from Corrigan Bartlett and Shane Benes who each added two hits and RBIs of their own.

The Billikens couldn’t get the win in the fourth game of the series and ended up splitting the series with a 9-7 loss, despite a three-run ninth that almost gave the Billikens the comeback they needed. Connor Lehman had a short appearance, only going one and third innings, before Colin Townsend was able to come in and provide some stability. The Billikens offense though was neutralized, only scratching four hits throughout the game.

The Billikens then continued their stretch away from St Louis with a three-game set in Los Angeles to take on Loyola-Marymount. Despite strong pitching across all three games, the Billikens were only able to take one of three games on the trip.

In game one on Friday in LA, the Billikens seemed poised to walk away with a win. After a quality start from starter Luther, who went seven complete innings with eight strikeouts, and with the Billiken offense out-hitting the LMU Lions to the tune of seven hits to five. However, a lack of timely hitting limited the Billikens to just one run and seven base runners left stranded, leaving the Billikens with a 3-1 loss to open the weekend. Jake Garella provided the lone Billiken run with an RBI double in the eighth inning.

Game two was not quite the pitchers duel featured in game one. SLU found itself down seven entering the sixth inning, before posting three consecutive innings of scoring putting itself back into the game with just a two-run deficit entering the ninth. Despite the late game serge, the Bills were not able to complete the comeback and dropped their second game of the series. Jackson Wark made his second start of the season, going only one and two thirds innings before being replaced by sophomore reliever Townsend. Matheny finished out the effort throwing four complete. The offensive comeback was a team effort with five players getting RBIs.

The Billikens avoided the weekend sweep when starter Lehman took to the mound, getting his first win of the year and going five and a third in the SLU 7-1 win. The Billikens tallied 12 hits on the day with four players having multi-hit days with Kevin Jordan and Ben Livorsi adding two RBIs each. Ryan Lefner and Drew Reveno added a combined three and two thirds scoreless innings to close out the game and secure the third Billiken win of the season.