Breaking Out of the Silence 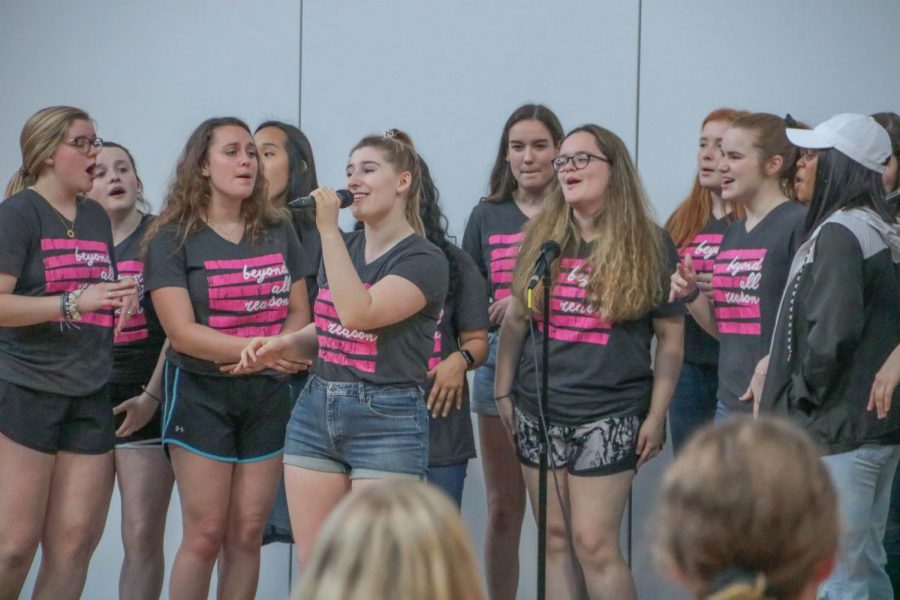 SLU is supporting sexual assault awareness month this April with a variety of events geared towards education and awareness of this widespread issue. Events kicked off last week and will last until the end of the month, with SLU’s Breaking Out Campaign particularly involved in these efforts. Since 2016, the mission of Breaking Out, “to encourage the act of healing through art and to counter the culture of silence that isolates survivors,” has grown into a campus-wide call to action.

In the past, their campaign centered around a photo series featuring the stark realities of sexual assault as survivors held posters detailing their individual stories. This year, Breaking Out expanded upon their photo campaign with the addition of several events throughout April, including a new bystander simulation program dubbed “Walking the Walk.” This program provides a glimpse into the varying responses and experiences that survivors go through.

Rock Against Rape, another event held this past week, brought together various groups like KSLU and other acapella groups on campus to spread awareness through music. Events still to come throughout this month include Denim Day, a Lights Out Volleyball Tournament with Billikens After Dark and Walk a Mile in Her Shoes with Beta Theta Pi. The quantity of events as well as the collaboration of Breaking Out with other organizations on campus is a testament to the growing outreach of the campaign as a whole to SLU’s campus.

Colleen Watson, a sophomore studying psychology and the Peer Education Director for the Breaking Out Campaign, envisions that through the campaign’s events and programs, that “we can better educate SLU’s campus and break the silence that shames, blames and isolates victims of sexual assault.”

She adds that “the goal of the Breaking Out Campaign is to end sexual violence; of course we do not want this campaign to last forever, but as this is an ongoing issue that needs to be addressed we will continue our efforts in increasing awareness and education and supporting and believing survivors.”

This issue is not only pertinent to all college students, but SLU in particular. This institution is no stranger to the issue of sexual assault at hand. Just last year, three different sexual assault cases were instigated from across SLU’s campus; these instances ranged from accusations of abuse from athletes to SLU’s medical school faculty.

Watson reiterates the relevance of this chilling reality. “Our campus has seen a lot of instances of assault, even ones that the University does not publicly announce to the students,” she said. “I personally know so many people who have had these experiences and continue to be affected by it.”

“It happens more often than you think,” said Kirsten Bourbon, who is a sophomore studying psychology and another active member of the campaign, serving as the director of events. She too hopes that their efforts will one day eliminate the need for the campaign at all.

Despite their shared dream of one day not needing a campaign, they both recognize its significance today to our population. “Being in college increases everyone’s likelihood of experiencing sexual assault, not just women,” said Watson.

The campaign brought the issue centerstage to the SLU student body while tabling in the BSC on Monday. Alongside providing informational pieces about sexual assault and proper consent, students had the opportunity to write letters to local legislation advocating for the rights of survivors. These letters addressed concerns about the alarming changes being proposed to current legislature, of which would diminish certain resources like counseling and education available to survivors under the current Title IX law.

Students also had the opportunity to fashion a t-shirt to communicate support for survivors and sexual assault awareness. These shirts will be put on public display as part of the Clothesline Project Quilt Initiative. Quilts comprised of t-shirts from previous years are currently exhibited in the CGC for students to glean encouragement from.

The Breaking Out Campaign offers a resource and a voice to all students. The active role that this campaign and other organizations on campus have taken against sexual assault reflects the ability for SLU as a community to provide support to those afflicted, as well as educate each other on the topic relevant to all of us.

Watson acknowledges the power behind this campaign to truly make a difference. “As we bring it to more and more organizations, it will slowly make a change here at SLU,” she said. She hopes that students will simply want to get involved and learn more. “By simply talking to their friends about what we do, that creates conversation on this stigmatizing topic and creates awareness.” she said.