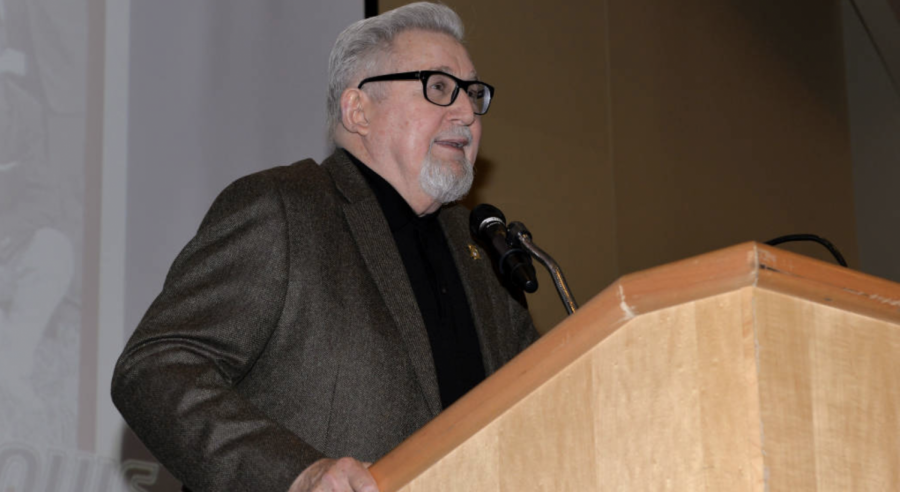 The Saint Louis University community mourned the loss of J. Kim Tucci last week, as the longtime supporter and booster of Billikens athletics passed away March 26 at the age of 78.

Tucci’s involvement in SLU athletics started with his time as a manager for the men’s soccer team. He was inducted into the Billiken hall of fame for the first time in 1989 for the Bauman Sportsmanship Award, which honors individuals who have made outstanding contributions to Billikens athletics through the demonstration of the highest principles of integrity, honesty and fair play without consideration for self-gain

He was nominated to the Billiken hall of fame for the second time in 2015 as a member of the 1960 men’s soccer team. Tucci served as an integral piece of that team, which earned SLU the second national title in as many years.

Tucci was nominated for a third time to the Billiken hall of fame in 2017 for his role in the 1963 national championship men’s soccer team. He served as the Athletic trainer for that team, which brought the fourth national title in the program’s history back to St. Louis.

“Everyone I talked to at the funeral spoke about how nice of a person he was and how impactful he was in the community,” said Junior Billiken’s soccer player Keaton Schieffer.

“Our athletic directors and coaches often talked about [Tucci] and the precedent and standard he set for Saint Louis soccer,” Schieffer said. “He is the perfect example of what kind of person you can become if you take advantage of the opportunities that a culture like SLU soccer provides.”

In his time as an alumnus of Saint Louis University, Tucci also helped to found the Pasta House. He was the president of the company and a leader that lived to serve others.

Tucci is survived by his wife, Sharon, his daughter, Alexis and two grandsons. His memorial service was March 29 at the Cathedral Basilica of St. Louis.