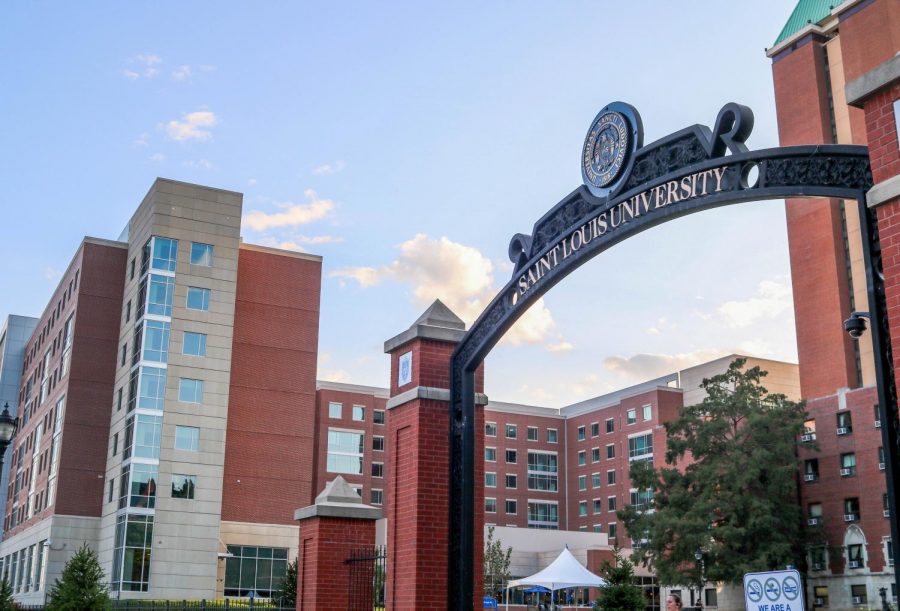 At the beginning of April, all of SLU’s deans were issued budget cuts by the provost, Chet Gillis. The college of arts and sciences was issued the biggest number, that of $4.1 million. In addition to $1.6 million that the college still has left in “academic reinvention” that they have to complete in spring, this functionally rounds out to about 10 percent of the college’s budget.

Most of the college’s budget goes toward personnel, so the options left to Dean Duncan are to cut adjunct spending, graduate assistantships and faculty. Communication Department Chair April Trees expressed her confidence in the dean despite the difficult circumstances, “I know the dean is committed to minimizing the impact on students.”

This isn’t the first time the University has experienced budget cuts of this scale. In February 2016, Magis’ “Operation Excellence Program” was launched. This was – according to SLU’s website – an attempt to “make SLU more efficient and effective and identify opportunities for increased revenue and growth.” One part of Magis was “academic reinvention,” which involved academic cuts as well. However, according to Trees, “they had the year to plan what to do and then had three years to implement it.” This year, the deans only had until the end of the month to turn in a plan that would be implemented next year. Another part of Magis was “organizational redesign” in which they laid off over a hundred staff-people, without an expectation that those positions would be refilled.

SLU had a deficit the year before Magis was implemented, “and this year we had a deficit again” explained Trees. Because of the deficit, a new “position control process” was implemented at the University. This meant that new hiring of any sort (faculty, staff, etc.) would be subject to a process before being accepted. According to Trees, this process began with Mike Lewis, the acting provost at the time, who had criteria that he used to determine if the new position would affect accreditation or if the department was teaching more than 300 student credit hours. From there, the application would be passed on to a cabinet that would then decide whether or not the open position would be filled or not.

It is important to note that it is not only academic programs being cut; $3 million is being cut from non-academic programs and other cuts that will be made to SLUCare as well, said Trees. President Pestello sent out an email to the community earlier in the semester outlining these cuts, expecting that they would reduce expenses by $10 million. Mike Lewis explained that “the Provost’s Office is working hard with the deans to achieve this goal.”

There are concerns within the faculty over the accuracy of the data they are using to come up with these numbers, however. It may be hard to get accurate data because it is difficult to account for things like course releases for grant work (faculty who get big grants buy out courses and that money then gets used to cover their teaching). It is also difficult to account for faculty with other responsibilities (department chairs, for example).

The expectation for departments is that faculty teaching averages out to at least 300 student hours a semester, or about two classes of 25 students each per semester. However, this kind of mandate doesn’t account for certain specialist teachers. For example, according to Trees, a piano teacher would teach fewer hours because their teaching is most often one-on-one and the hours for the instructor of a large introductory seminar would be much higher.

One possible alternative to layoffs is the “Voluntary Early Retirement Program.” VERP gives people salary and benefits if they don’t need to be replaced. Any college or school that has someone take the VERP contributes to their budget goal. Even this creates problems though, because classes are already registered for next spring. If teachers choose to take the VERP and leave, the classes they were supposed to teach will have to be covered.

These budget issues are not unique to SLU either; universities all across the country are experiencing economic challenges. Earlier in April, Wheeling Jesuit eliminated all majors in the liberal arts after finding themselves deeply in debt. As a result, the university is now being forced to sever its Jesuit affiliations. And just last week, an essay in the City Journal on the University of Tulsa exposed the university as pushing the liberal arts aside in favor of turning itself “into a glorified trade school.” While SLU’s situation is far from these other universities at this stage, it is important to note that the academic landscape is changing.

The future is uncertain at this stage. Although, it is clear that these cuts are an unsustainable method of solution, “doing this repeatedly, without strategic planning isn’t good,” explained Trees. “We need to have a different sort of solution. Until then, I don’t think this year is the end of it,” she said.

President Pestello and Provost Gillis are hosting an “All college meeting” for the college of arts and sciences on Monday May 6 in the auditorium of the business school, where hopefully some of these issues will be addressed.