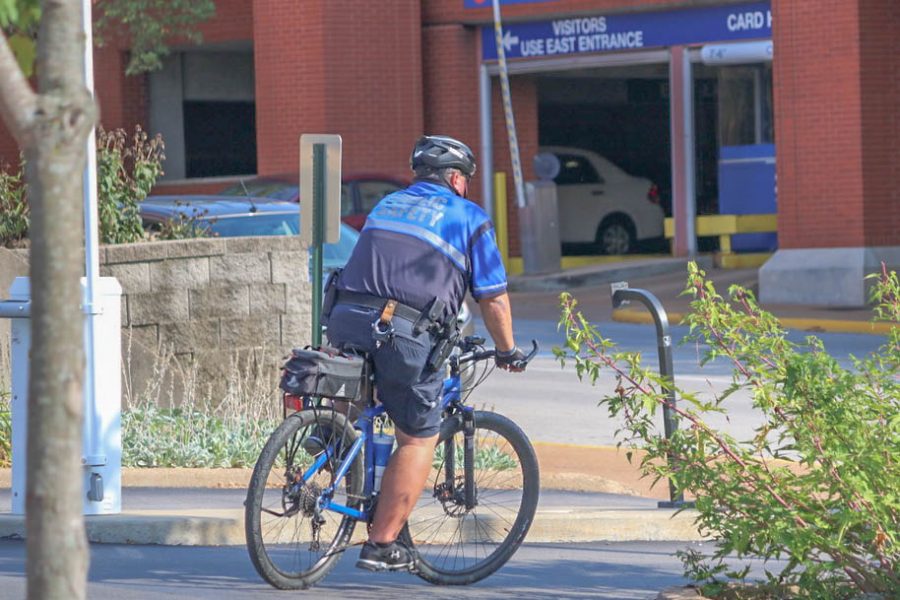 St. Louis is considered to be one of the most dangerous cities in America, according to USA Today. In light of a recent rise of crimes over the summer, especially against minors, students have begun to question their safety—even within the “SLU Safety Bubble” that is boasted about to new residents.

“I haven’t seen a lot of St. Louis for myself, but I know that it’s pretty dangerous and that there are a lot of crimes around the city,” said Tara Buerke, freshman, when asked if she thought St. Louis to be a dangerous city.

Even before investigating the city, many individuals have the same impression of St. Louis and the dangers that can come with residing in the area. In some of the most dangerous parts of the city, like College Hill and Dutchtown, the per-capita crime rate is 34.21 per 1,000 residents and 40.01 per 1,000 residents respectively, according to the St. Louis Crime Tracker.

Crimes in these neighborhoods, as well as other areas of St. Louis, range from property offenses, such as arson and burglary, to more violent cases, such as aggravated assault and homicide. A recent trend has seen an exponential growth in crimes against minors in St. Louis, specifically murder.

In response to the latest crime epidemic, on August 26, 2019, St. Louis authorities stated that they would pay up to $100,000 in rewards for information about the murderers. Since the announcement of the reward, and through the cooperation of authorities and the public, multiple perpetrators have been caught.

For many students that attend SLU, including Buerke, these crimes are especially concerning. Denise Gomez, sophomore, when asked if she felt safe stepping outside of campus, replied,“No, even more so in certain places. For instance, walking near the metro stop makes me more nervous [than] walking near the Papa John’s.”

Though both Buerke and Gomez expressed discomfort and fear stepping off of campus, when asked if they felt safe on campus, they both were able to respond with a confident nod of approval. Considering that these two distinct attitudes can be found in the same city, it would seem as though SLU has a certain reputation of protection and safety.

This atmosphere is known as the SLU “Safety Bubble.” This safety bubble can be attributed to the diligence of the Department of Public Safety (DPS). When talking about this sense of security that she feels on campus, Buerke gave a shoutout to DPS: “I feel like this campus has a lot of security for us, like the Department of Public Safety [officers] and cameras everywhere.”

In addition to providing 24/7 surveillance by DPS officers, the Department of Public Safety also seeks to arm students with tactics to defend themselves from harm. Darryl Walker, Assistant Director of Public Safety, commented on these programs: “We focus on education, educating [by] training and preventing with the different programs that we offer here at DPS… for instance, the RAD (Rape Aggresion Defense) program, [and] we offer the Run Hide Fight program.”

Although DPS only patrols campus, they work closely with the St. Louis Police Department to keep campus safe and provide students with the information they need to navigate dangerous situations.

Advice that Walker provides to us all is that “it’s important to remember that safety isn’t just limited to DPS. We all have a role to play. We ask that if anybody sees anything suspicious, that they contact DPS right away.”