The World is in Love with Lover 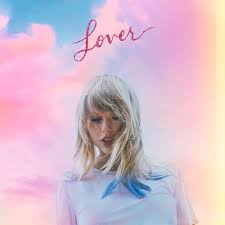 The long-awaited release of Taylor Swift’s seventh studio album, “Lover” was met with relief and excitement. Swift’s sixth album “reputation,” released in late 2017, was significantly darker than her previous albums, leaving fans wondering what Swift’s next move would be. Per usual, they were not disappointed. Compared to reputation, Lover sounds like driving with the windows down on a sunny day evoking a feeling of hope and renewal. Featuring eighteen tracks, this album is the longest Swift has ever released and the first under her new record label, Republic Records, where she owns the rights to her new music.

Lover achieves what Swift’s fifth album, 1989, wanted to accomplish with its upbeat undertones and full send into pop. The sound she experimented with in 1989 sounds unfinished compared to the smart lyrics, pop synths that tie one track to the next, and new instruments never prominently heard on previous albums. The album sounds more cohesive than any of her previous works, yet each track is distinct enough to recognize within the first few seconds of each song.

Standouts on the record include “Cruel Summer,” “Lover,” “I Think He Knows,” “Paper Rings,” “Cornelia Street,” “Death By A Thousand Cuts,” and “False God.” The weakest track is “The Archer;” yet it still appeals to many of Swift’s deep cuts fans, who may be searching for hidden gems of an album.

“Cruel Summer” is a passionate ode to a summer romance that bounces in and out of major and minor chord progressions, giving it a unique and layered sound. Swift isn’t done with the mystery and agony of a new, uncertain relationship as she sings, “what doesn’t kill me makes me want you more.”

Title track and love song “Lover” is where Swift cooes about the kind of love she never wants to let go of. “Can we always be this close?” she sings in the chorus. “Lover” pays homage to the sweet love songs Swift released earlier in her career with a lilting bridge and clever songwriting.

Track five on every Taylor Swift album is notorious for being the heartbreaker of the album. Some past track fives include, “White Horse” (Fearless), “All Too Well” (Red), “Delicate” (reputation), and now “The Archer.” “The Archer” is a song about the anxiety of a new relationship when you don’t know if the other person sees the real you. It echoes the same feelings of “Delicate,” reputation’s track five, in a more mature way. Compared to the rest of the album, however, “The Archer” is one of Swift’s weaker tracks. It deviates from the upbeat tone of the rest of the album. The lyrics are far more abstract than the rest of the album, leaving it up to interpretation. This differs from the easy listening of the other songs in the album, something Swift mastered but dropped the ball with on this track. For Swift’s hardcore deep cuts fans, though, it has been well received.

“I Think He Knows,”is Swift’s strongest and arguably the best song on the album. The crafty lyrics paired with the deep bass in the chorus create a dance bop with depth to support the message: what it feels like when you begin to date someone you can’t get out of your head. Swift writes the dizzying feeling of liking someone and knowing they’re aware of it as well. The line, “I think he knows he better lock it down or I wont stick around cause good ones never wait,” is a testament to the strong sense of self she radiates throughout this whole album. She knows she’s worthy of attention and she knows he knows it too.

“Paper Rings” is another fun bop about the security and fun within a committed relationship that takes on a retro pop-punk feel. This is a new sound for Swift, who executes it with grace. Dipping her toe into other genres was a bold move for Swift that was received extremely well. None of the tracks that deviate from her usual sound are skippable and add another dimension to the album as a whole.

Another standout on the album, “Cornelia Street,” is a sweet ode to the beginning of her current relationship that occured on Cornelia Street. This is one of Swift’s most confessional songs on the album, admitting she’d “never walk Cornelia street again” if her current relationship ended. This song is reminiscent of the kind of songwriting that made many fans love her music in the first place. If you’re an “old Taylor” fan, this one’s for you.

“Death By A Thousand Cuts” is the breakup song no Taylor Swift album would be complete without. Swift said in a recent interview that the song was inspired by the movie “Someone Great” on Netflix rather than her own life. It features an upbeat symphony of sounds that culminates into a devastating crash-like bridge, representing the breakdown the main character in “Someone Great” has during the movie. It’s the breakup song the world didn’t know it needed. It’s possible to dance and be sad at the same time!

The last notable mention on the album is “False God”. Experimenting with a more R&B sound, Swift opens the song with a saxophone that sets a sultry tone. Admitting her own flaws, Swift opens up about the struggles of a relationship and the doubts that her and her partner might not be a perfect match. Despite those feelings, she sings, “but we might just get away with it, religions in your lips even if it’s a false god” affirming she’s not giving up on her partner anytime soon. It’s the slow song on the album that loosely reminds listeners of previous songs such as,“Wildest Dreams” (1989) and “Dress” (reputation).

This album overall is  one of Swift’s strongest, ranking at a high number one or two out of all her albums for many of Swift’s fans. It offers a fresh and new sound that’s the harmony of production, songwriting, and experimental tracks that Swift finally nailed down after switching to pop for her album “1989.” With the wide range of moods and genres Swift covers in “Lover” there’s a song for everyone, swiftie or not.