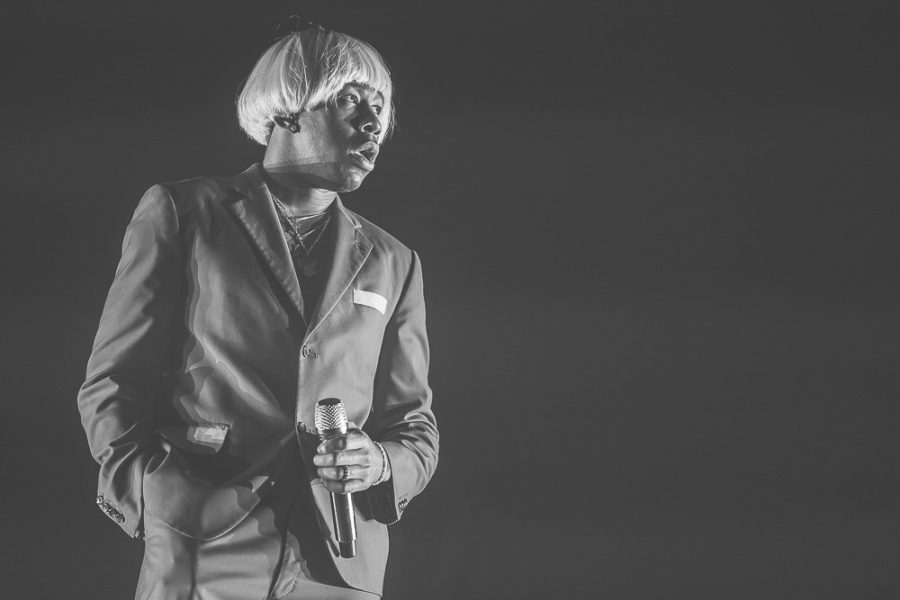 Photo Courtesy of Tyler, the Creator.

Currently one of the most talked about artists in the nation is Tyler, the Creator. Since the release of Igor, his fifth studio album, in May, the excitement has only grown. Now, he plans to come perform for the students of SLU at Chaifetz Arena on Oct. 4.

Earlier this summer, he announced his fall tour that started on June 21 in Dover, Delaware and ends in Houston, Texas on Oct. 26. Luckily for those in St. Louis and the surrounding area, one of the stops on Tyler, the Creator’s fall tour will be on SLU’s campus in early October. His concert will begin at 7 p.m. with Blood Orange and GoldLink as his impressive opening acts.

Kelsie Woodward, Director of Marketing at Chaifetz Arena, was integral in the decision to bring Tyler to SLU. Woodward says that “His demographic is a lot of students, so it made the most sense for him to come here.”

Due to the age range of his demographic, Woodward also explained that SLU students can expect affordable ticket prices. On StubHub, prices range anywhere from $52.15 for upper level seating, to $106.18 for general admission floor seating.

“I would totally anticipate him to be his crazy, wild self,” said Woodward. “I think you can expect a good time and hear everything you want to hear,” she said.

According to Woodward, fans can expect to have a memorable time at Tyler’s show, both through his performance and engagement with the audience. She offers some advice on how to create an enjoyable environment by saying, “arrive early, I think it’s important to get here early just you can have the whole experience… be ready to take in the whole show. It’s a Friday night, so it’s a great night for students.”

She also spoke on the safety aspects of the arena. In December of 2017, the arena installed walk through metal detectors to further protect patrons in the facility, so fans can experience the utmost comfort and security.

Tyler, the Creator’s personality is wild, unpredictable and lively. This not only shines through in his lyrics. On Oct. 4, SLU students can expect to be greatly entertained by the zestful artist.

When asked whether she was a fan or not, freshman Lizzie Ableson enthusiastically said “I love him so much… his music is great!”. Many fans, both nationally and on SLU’s campus, share this same sentiment. Buy your tickets now and experience a piece of Tyler, the Creator’s unique mind on Oct. 4 at Chaifetz Arena.