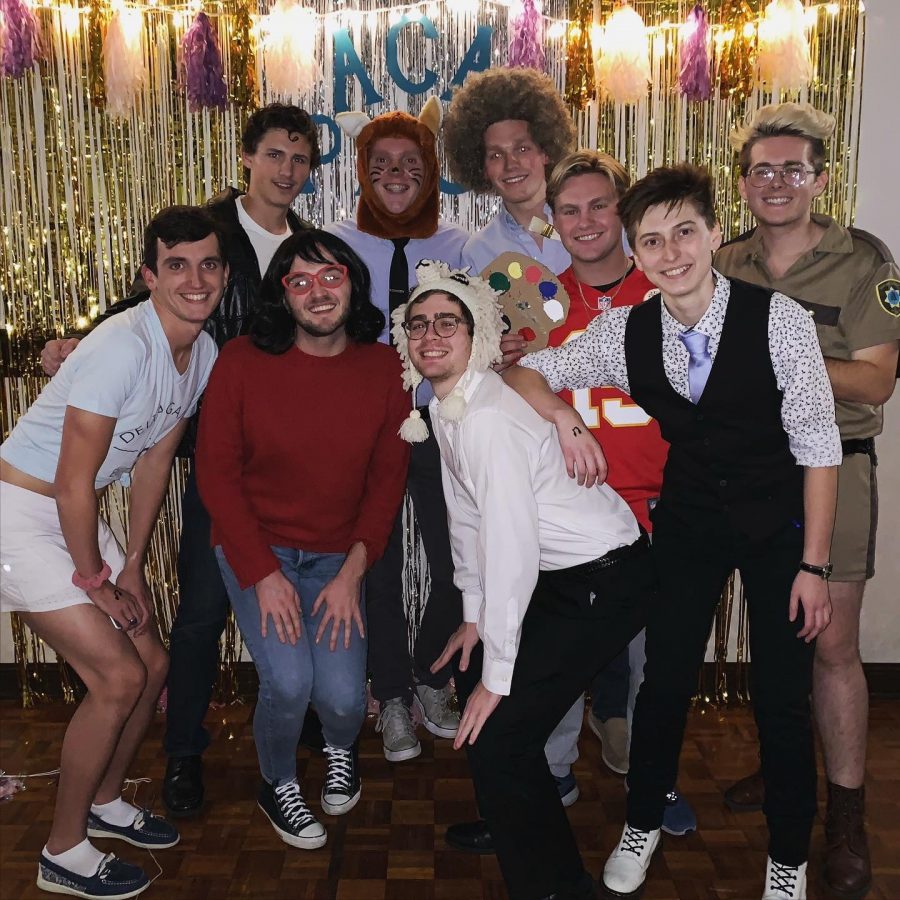 Beyond All Reason, SLU’s only all-female a cappella group, hosted the first ever Aca-Prom on Friday evening in the St. Louis Room. This included dancing, performing and a competition between the various SLU a cappella groups.

Friday’s Aca-Prom was the first that SLU had ever seen. SLU currently has five different a cappella groups, all providing different styles of music and group set-ups. The Aca-Prom was the largest a cappella event put on this year so far. Beyond All Reason (BAR) hoped to create a sense of community between SLU’s various groups through an evening of fun.

Anna Renner, a sophomore BAR member, says the reason for hosting the event was “to make sure the big community of a cappella groups could come together and have fun.” This was achieved as the Aca-Prom was attended by members of every a cappella group. From this large turnout, Renner says BAR “definitely plan[s] on making this an annual thing…[it] should be easier especially because Megan [Doehner], who planned it, is a sophomore, so she can help implement it in the next few years.” There is hope outside of the a cappella community as well that Aca-Prom will continue in the future.

Grace Hoover, Erinn Miller and Becca Townley, all first-year students, plan on attending Aca-Prom again, even though they’re not in any a cappella group. Miller says this comes from the event being “a great mixture of both a prom style and then intermingling the a cappella aspect.” This can be seen in how the event was set up: a main dance floor that lasted the whole of the event, but also time allocated for an Aca-Court to be crowned.

The Aca-Court is similar to the way regular proms crown a prom king and prom queen. Each a cappella group was able to nominate candidates for both Aca-Queen and Aca-King. The crowned Aca-King, representing Six Eight A Cappella, was Aaron Frazee. From the Bare Naked Statues (BNS), the Aca-Queen was crowned, Aaron Brown. Frazee says it was “an honor to be crowned the first Aca-King of SLU.” The Aca-Court was voted on by every person in attendance after each candidate was introduced.

Also nestled into the program of events was time allocated for each a cappella group to perform. Performances were seen from Six Eight, BNS, Aastha A Cappella and BAR. Attendee Erinn Miller enjoyed this part and says that it was “a really cool way to introduce the a cappella groups that I didn’t know about … I feel like it was a good way to showcase more of them.” Other than just showcasing the groups, this also helped the groups get more familiar with each other.

That effort was seen throughout the week at other a cappella functions, such as Decadences Aca-Hangout at the clock tower on Thursday. This event invited a cappella groups from the St. Louis area, including Maryville University and Washington University in St. Louis, and allowed them to mingle but watching each other perform. The Aca-Hangout was attended not only by Decadence, but also BAR and Aastha from SLU.