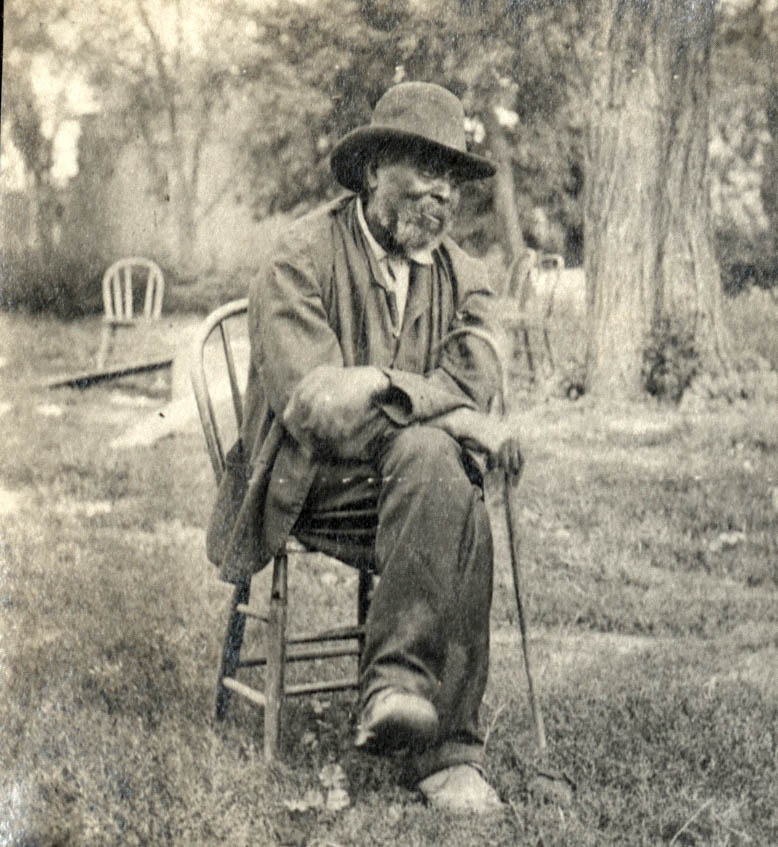 Pictured here is Peter Queen, the first child born to an enslaved couple in the Missouri Mission, circa 1905. (Photo Courtesy of the SHMR Project)

In 2016, SLU joined the Jesuits USA Central and Southern Province (UCS) in launching an initiative to confront a joint history of involvement in the enslavement of African Americans that dates back to the founding of the university.

The initiative, called the Slavery, History, Memory and Reconciliation Project (SHMR), seeks to uncover and share a more complete picture of Jesuit involvement in slavery, honor the memories of those individuals held in bondage, and find a path toward reconciliation.

Early last month, President Fred Pestello, P.h.D., wrote to update the SLU community on the progress of the project, announcing that researchers believe they have successfully traced several family lines to the present day.

The Jesuit UCS provincial superior Ronald Mercier, S.J. has therefore begun sending letters to those individuals believed to be descendants with the aim of sharing the inspiring stories of their ancestors.

The Society of Jesus, whose involvement in the institution of slavery can be traced back to the colonial era, expanded into Missouri in 1823 and brought with them six enslaved men and women: Thomas and Mary Brown, Moses and Nancy Queen, and Isaac and Susan Queen-Hawkins.

From there, the number of slaves rose as new slaves were born and others were purchased.  According to the project’s website, by 1831, there were at least 26 individuals held in bondage by the Jesuits.

In 1829, the Jesuits began operating Saint Louis University. They transferred several enslaved people from the St. Stanislaus Novitiate in Florissant, where the majority were forced to work, to St. Louis, where they did laundry, cleaned, farmed and drove wagons.

There is a daunting array of obstacles for researchers as they attempt to piece together a complete historical picture. To begin with, researchers must reckon with a documentary record that is fragmented and often inconsistent. Slaveholders often changed the names of the enslaved individuals, and it was also not uncommon for slaves to change their names after emancipation.

Since 2016, faculty members, archivists and researchers have worked tirelessly to overcome obstacles like these and shed light on the untold stories of the men and women who were enslaved.

The project itself is based in St. Louis, which means researchers work in close collaboration with the Jesuit Archives and Research Center. Utilizing receipts, census records, letters and other documentary clues housed in the Jesuit Archives, Saint Louis University Archives and Missouri State Archives, researchers have made significant progress uncovering family history that has previously been obscured.

As Jonathan Smith, Ph.D., Vice President for Diversity and Community Engagement and SMHR project director, emphasized, this research is extraordinarily meaningful for the descendents of those who were enslaved. “To give people the knowledge of their family stories is an incredibly important gift,” and it is in giving this gift that Smith finds the most personal fulfillment.

As a descendent of slaves, Smith has experienced firsthand the complications that arise when attempting to uncover personal ancestry. Smith referenced an 1870 wall that prevents many individuals from tracing their lineage past the 1870 census, as the 1870 census was the first to record the black population. Before 1870, Smith said, “people like my ancestors were property” and, as a result, were denied legal recognition. One of the aims of the SHMR project has been to assist those individuals descended from slaves owned by the Missouri Mission in overcoming this 1870 barrier, and owing to the dedication of project researchers, significant progress toward this end has been made.

Though Smith is not descended from slaves owned by the Missouri Mission, his personal tie with the broader institution of slavery means this project takes on special significance. Yet, he approaches his work with no personal animosity. “This is not a project I undertake with anger or any sense of surprise. Rather, it is a labor of love for all those who helped build this university.”

Indeed, it is this special admiration for those enslaved people who helped build SLU that fuels the SHMR project. Smith pointed out, “None of us were here when Bishop DuBourg founded this university, but we remember his name and work to honor what he did. It’s only that we work to honor all the people who built this university.”

Now that preliminary efforts have been made in establishing contact with descendents, the next step for the project, according to Smith, is to put together a working group that will include students, faculty, alumni and hopefully descendents of those who were enslaved in order to collaborate on an appropriate university response that aligns with SLU’s values as a Jesuit institution.

Students can expect an update in the near future, as President Pestello’s last community letter promised an update before the end of fall term.

To learn more about the SHMR project, visit the project’s website: