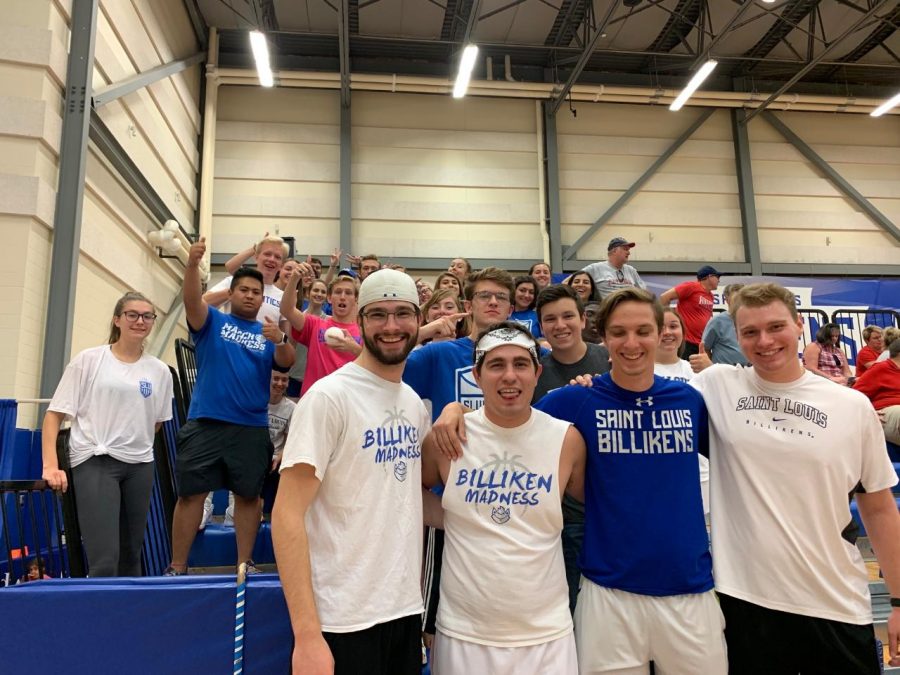 If that sounds like you (or your ulterior persona), you are a perfect fit for SLUnatics.

SLU’s very own group of superfans barrel through every barrier imaginable to hype their team into snatching the dub.

Saint Louis University’s women’s soccer team won the championship last year, and the men’s basketball team made it to the NCAA tournament. The men’s soccer team has so many stars that it would take both hands to count them all.

Indeed, for all of the talk of SLU being disregarded as a “sports” school, sometimes it is easy to forget that sports besides football do exist. And quite a few of those exist at SLU.

“Every time during football games [in high-school], I’d look up at the students’ section and just be like ‘okay, what are they doing?’ because our students’ section was kinda funny. It was just interesting to hear what they had to say. But you gotta remember that was football, and I couldn’t bring much of that to a college that doesn’t have a football team.”

Still, Alex says, he managed to successfully intertwine his eagerness to support with the different sporting dynamic the absence of a football team created at SLU.

Truthfully, being loud is almost always the only thing that matters. The players only want to hear support, regardless of whatever audible or inaudible, or grammatically correct or incorrect, form that may come in.

Alex has the tools to take his fandom to the next level—to super-fandom, if you will. Namely the smoke bomb and the megaphone.

“Usually, I get there quite early, like 30 minutes before game time. The goal for me is to get the stuff out of the basement, such as our drum, our smoke, anything that we might use.

“Once game time starts, we light up a smoke bomb. Throughout the whole game, we’ll be doing chants or just getting on the other team’s skin and rallying with our team to hopefully get a win.”

Chants of “We are Saint Louis” are a fan favorite, as well as Alex’s.

“[That chant’s] most powerful; it’s like we’re all coming together and striving for one thing.”

Alex hopes that the next time you hear that chant you’re helping to make it louder as a member of SLUnatics.

“We’re open to everyone. It’s free to join. It doesn’t matter if you’re coming alone, or with a group of friends, because you’re going to make a lot of friends if you join.”

Seems like a win-win if ever there was one. With a license to be crazy loud and an inherent purpose in supporting the school we go to, this offer is too good to pass up.

And best of all, you get to try out the smoke bomb and do that run. There’s one-on-one training with Alex for that first though.

“I’ll show you a little demonstration how to do it and you can pull it.” Famous last words.