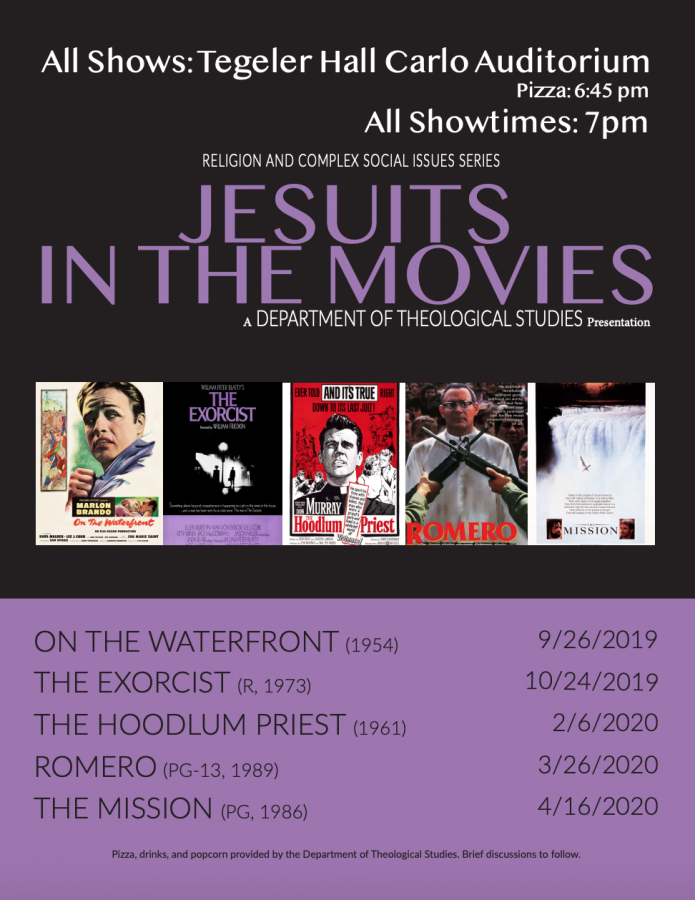 On Aug. 12, 2017, Charlottesville, Virginia made worldwide news as the sight of white supremacist riots. In the wake of this event, many departments at SLU began to respond to the incident, including the Department of Theological Studies. “We wanted to show that Theological Studies could respond, that Theology and Religion had something to say about these important moral issues going on,” said Elizabeth Block, Ph.D., assistant professor of Christian ethics. In the fall of 2017, the Department of Theological Studies responded to this social conflict by implementing the “Religion and Complex Social Issues Series.”

For their initiative to address various social issues in society pertaining to religion and theology, the series held their first talk on “Racial Violence and God Talk”. The discussion was an open and inviting environment to discuss the recent conflicts going on, including input and responses from both students of SLU and faculty members from the Department of Theological Studies. Block speaks on the discussion saying, “We talked about the white supremacy, racism and gave theological responses to that. [We] showed how Theology and Religion are relevant.”

Highlighting the future of the “Religion and Complex Social Issues Series,” Block poses a simple question: “Wouldn’t it be great if we could have these kinds of events more frequently where we respond to contemporary moral problems and challenges? [We would] bring together [people] from our departments, and also other departments, or those outside the university to have a panel where we talk a little bit, but we also open it up to student and faculty dialogue.” Since Charlottesville, the Department of Theological Studies has expanded their efforts to provide a space where students and faculty can engage in a conversation relating to social issues, religion, and theology, with panels on abuse in the church, immigration and deportation, and voting and values.

This year, the Religion and Complex Social Issues Series has decided to use a different medium to engage in a discussion of social issues and religion—film. Block, Rachel Lindsey, Ph.D., Professor of U.S. Religious History, and Emily Dumler-Winckler, Ph.D., assistant professor of constructive theology, are this years coordinators for the series. Lindsey introduced the idea of “Jesuits In the Movies” as a contemporary form of communication for the series. The idea is to have someone introduce the films, speak on issues to look for while watching the film, and then allow for discussion and dialogue after the film has concluded. “Theology and Religion are not just these discrete, isolated disciplines, but they really can speak to and help us to understand these things going on in the world,” said Block. “[It helps] to be able to really engage theology as it is out in the world,” added Lindsey on the decision to use film this year.

The “Jesuit in the Movies” events began on Sept. 26, 2019, with the film “On the Waterfront,” and will continue until April 16t, 2020, concluding with “The Mission.” The next film in the sequence is “The Exorcist,” with a date being determined. The following films being shown in the spring are “The Hoodlum Priest” on Feb. 6, and “Romero” on March 26. Pizza, beverages and snacks will be provided by the Department of Theological Studies.