Women’s Basketball Posted Fourth in A-10 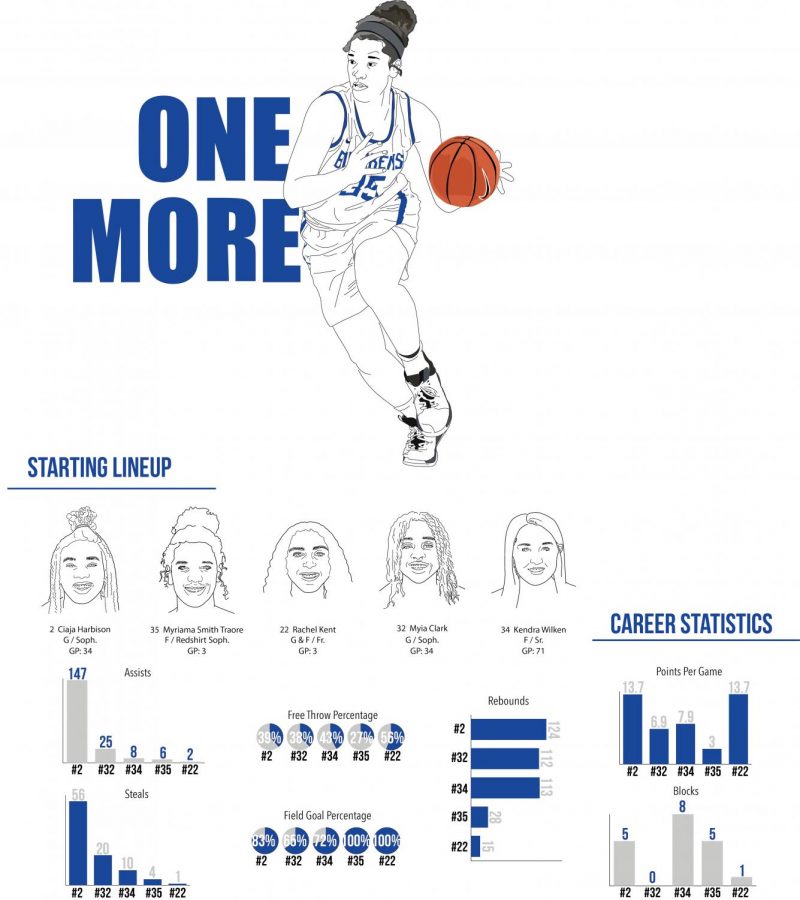 Ciaja Harbison was named in the A-10 All Conference First Team, and despite having five sophomores and four freshmen on the roster, expectations are high for Saint Louis’ young guns. Qualifying for the NCAA first-round would be a dream, but the Billikens will first hope to bank on their youthful vigor taking them past the A-10 quarterfinals where they lost to Duquesne last year.

Predictions are hardly facts, but if the preseason prediction that has Saint Louis nailed to finish fourth place in the A-10 is to turn into reality, Harbison will have something to say about it. The 2019 Rookie of the Year led Saint Louis to a quarterfinal berth in the A-10 last season, and will be determined to at least one-up her prior achievement. Brooke Flowers, the sophomore center, is another one to watch after her breakthrough last season where she established her status as one of the mainstays on the team. After being named in the division’s All-Rookie and All-Defensive teams Flowers will hope to shore up the backboard to give Saint Louis more opportunities to spring forward.

Myia Clark, the 5-foot-7-inch sophomore guard, is also one to watch out for, as she was touted by Coach Stone as the “most improved player on this team.”

And last but certainly not least, there’s Hannah Dossett, who played softball at Syracuse for four years before deciding to bring her basketball nous to Saint Louis. The graduate student is backed by coach Stone as a skilled shooter. “Put a zone on us and see,” Stone said.

Road games against Vanderbilt and Mizzou on Nov. 17 and Dec. 5, respectively, will be tricky scenarios for the Billikens with records favoring the opposition. KU’s visit to Chaifetz on December 22 is a must watch with the pedigree of the Kansan institution—a fantastic measuring stick for the state of Billikens basketball. The visit of VCU at the turn of the year on Jan. 12 should be a great game to watch, as the visitors were almost unanimously picked as the top dog for A-10 during pre-season.