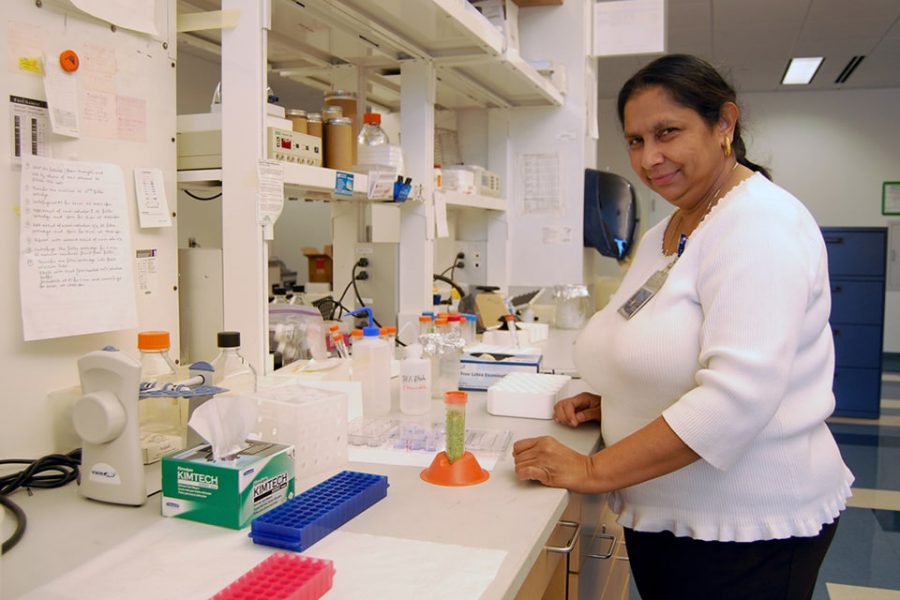 SLU researcher Dr. Ratna Ray recently completed work on the effects of a popular Indian fruit called bitter melon. Ray’s work suggests that the bitter melon has the potential to delay the growth of cancer cells and tumors. The bitter fruit is an example of a natural treatment, and Ray hopes that paired with other conventional cancer treatments, it will help slow the progression of the disease and may even prevent its recurrence.

Ray was first inspired to study cancer cures almost 30 years ago because she is an advocate for natural treatments and because many of her family members were affected. “Preventive medicine and natural remedies are important because they can help to maintain a healthy body with no risk of harm,” she said.

Alternative medicine is increasingly more prevalent in the treatment of severe diseases like cancer. Ray continued, saying, “The dose we use of the bitter melon has no side effects to the animals tested, and the melon targets cancer cells, not normal cells, which shows its promising effects.”

The bitter melon fruit works to fight cancer with properties that inhibit the growth and reproduction of cancer cells and promote cell apoptosis, also known as cancer cell death. These effects have been shown in animal model studies, but it is unclear whether the same results will hold true for humans yet. Ray hopes to soon be able to do a human trial to learn more about the effectiveness of this fruit.

The research is shown to be successful in reducing the replication of head, neck, prostate and breast cancer cells when used along with other cancer treatments like chemotherapy. “This treatment should not be used alone because it is meant to be complementary to other remedies,” said Ray.

Nature is filled with many medicinal plants, like the bitter melon, that are capable of treating a wide range of diseases. Bitter melon can be found in most Asian markets and can be consumed in different forms, including in a smoothie or even fried. Ray compared the bitter taste to that of beer.

Nupur Chowdhury, a SLU freshman, was incredibly excited by Ray’s research and other similar discoveries. “I think it’s really interesting to hear that a simple vegetable can bolster cancer treatments, especially because my family has it as a traditional meal very often. This makes me have hope for my future,” said Chowdhury.