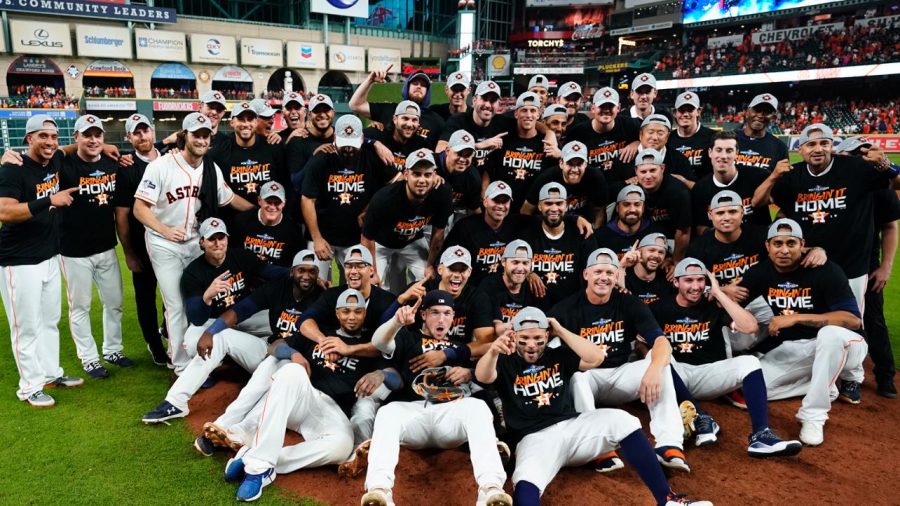 As the first day of classes was in full swing at SLU, Major League Baseball completed and released their final report on the investigation of the Houston Astros for using impermissible technology to steal opponents signals. According to the report, the evidence was damning and several members of the Astros, current and past, were not left unscathed. Houston manager A.J. Hinch and general manager Jeff Lunhow were both hit with one year suspensions. Later in the day, Houston owner, Jim Crane fired both Hinch and Luhnow for their inaction to stop the events. The commissioner did not report that Hinch and Lunhow knew or assisted in the sign stealing, but he regarded their responsibility to manage players and coaches as the fundamental reason for their punishments.

According to the report issued by commissioner Rob Manfred, the Astros used a live feed camera mounted in center field to decode opposing catchers’ signs to the pitchers. This feed was sent to a video monitor just behind the Astros’ dugout and easily accessible by players and coaches. Once decoded, the signals would be relayed to the batter in several ways that increased throughout the season. Initially, the signals were relayed by a runner on second base, but then the method was changed to clapping, whistling and yelling before the practice of banging a trash can was adopted. For example the trash can would be banged once for a change-up, twice for a curveball, and not banged for a fastball. This allowed the hitter to know what type of pitch they would be facing, a tremendous advantage. According to SLU junior pitcher Colin Townsend, “If you know what pitch is coming, it is literally impossible to be fooled by a pitch.” Junior softball player Kat Lane agreed saying as a hitter, “If you pick the signs, I’ll take it.” The Astros’ use of technology to gain this advantage is a black eye for the sport.

As the report was completed, over 68 people were interviewed and 23 were Astros’

players. As part of a deal with the players, they were given immunity from punishment for their cooperation. The report stated many players admitted to participating in the scandal and acknowledged that they knew it was wrong but were never told to stop by Hinch, Lunhow or other coaches. Several players testified that Hinch knew about the event and Lunhow was involved in two email chains about the sign stealing. Other prominent names involved were former bench coach Alex Cora and player Carlos Beltrán. Once the report was released, both Cora and Beltrán split with their current organizations. After winning the 2018 World Series with the Red Sox, Cora was outed in Boston while Beltrán parted ways with the Mets after being hired in New York this past November.

Now that the MLB report was released and punishments given, all eyes are now focused on how widespread the activity was and what its severity was. The MLB held off on punishing Cora for his role with the Astros because there is a current investigation involving an allegation the Red Sox engaged in impermissible electronic sign stealing in 2018 when they won the World Series. Are the Red Sox and Astros the only teams who used technology to steal signs? Were other ways used to transmit signs to hitters? One allegation was put forth by a twitter user claiming to be Carlos Beltrán’s niece and supported by user Jomboy (a prominent user who revealed the “banging” on video) and Reds’ pitcher Trevor Bauer. It stated that the Astros’ players wore electronic buzzers to relay the pitch type. This allegation has been vehemently denied by Astros’ players and the MLB, but it has also been explored and not refuted by MLB insiders Ken Rosenthal and Jeff Passan.

As the Red Sox report is completed and further investigation continues, electronic sign stealing is the new “Steroids” for the MLB. It is something that threatens the integrity of the game and will need to be addressed by the League. “It’s a huge step back for the game. Overall do I think sign stealing is wrong? No. It’s part of the game and every catcher knows that. Do I think using technology that is not accessible to everyone to guarantee you know what pitch is coming is wrong? Yes, very,” said SLU Baseball catcher Ryan Hernandez.