Mamba Out: Gone But Not Forgotten 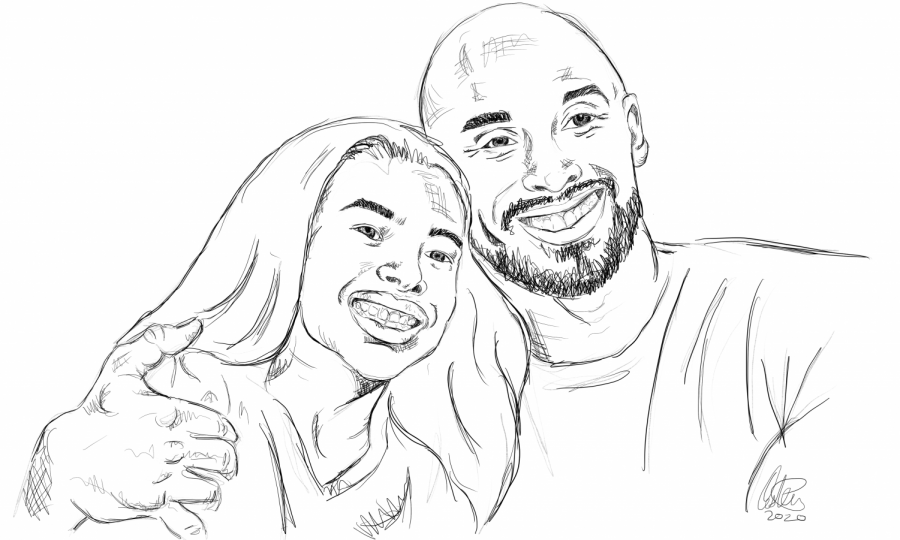 The morning of Jan. 26, the world lost an all-time great. About 30 miles northwest of Los Angeles, a helicopter carrying NBA legend Kobe Bryant and his 13-year-old daughter Gianna, along with two of her AAU basketball teammates and their parents, crashed into a mountain side covered in thick fog. The group was travelling to the Mamba Sports Academy for a Sunday morning game. Tragically, all nine aboard the aircraft did not survive, including the pilot. Nine beautiful lives were all taken too soon.

Despite the other seven fatalities, the death of Bryant and his daughter, Gigi, caused the most grief for millions across the world. The 41-year-old Bryant was a star who was larger than life. Taken 13th in the 1996 NBA draft, the 18-year-old went on to win five championships, two Gold Medals and an MVP, make 18 All-Star appearances, score 81 points in a game and receive countless accolades over his twenty year career. His trademark “Mamba Mentality” pushed him, and those in his presence, to greatness in all aspects of life. “Kobe Bryant was a legend both on and off the court,” said women’s basketball head coach Lisa Stone.

Despite his unparalleled on-court legacy, Bryant transcended the game to millions around the world. From his own shoe brand, to his clutch shot-making ability, to coaching his daughter’s AAU team, many connected with and related to Bryant. He was a figure that millions desired to emulate but who they could never replicate. That connection with Bryant is why countless kids wore “Kobe’s”, yelled “Kobe!” when shooting a piece of trash into trash bins, wore the number 8 or 24, played with “Mamba Mentality” or even picked up a ball and became a basketball fan in the first place. As SLU sophomore Avery Resuali put it, “he was such a model for me as a youth athlete.” Kobe was what Jordan, Lebron, Shaq, Steph or D-Wade never were; he was a player that millions attempted to be like every day, on and off the court. “Kobe Bryant was a huge part of my family’s life, especially his work ethic and his mentality,” remarked women’s basketball player Myia Clark. He was the player who millions of young athletes strove to be like. At some point, every young athlete dreamed of being Kobe.

Bryant’s complete legacy is long and in some areas complicated. Almost a week after his death, ESPN was still mentioning Bryant with regularity. From his playing career as an amateur and professional, to a rape allegation and settlement in 2003 and a use of a homophobic slur in 2011, to his family life, his Oscar-winning film and his increased support for women’s sports after retirement, Bryant was a star who did so many great things, yet he was not without his missteps.

Bryant grew up before our eyes, literally and figuratively. The “Black Mamba” was a kid when he came into the public arena, and he died as a well-respected man leading the movement for the growth of women’s sport, specifically basketball.

The Black Mamba’s true legacy is not how many championships he won, things he did for women’s sports or the times he stepped out of line—it is a legacy that is of learning and growth each and every day. Bryant was never perfect. He missed shots. He got in legal trouble. He clashed with teammates. He was controversial at times. What made Bryant great was his ability to see and understand his faults and weaknesses of today while doing whatever it took to turn those faults and weaknesses into advantages and strengths for tomorrow. He never let yesterday define today. One moment never defined Bryant. He was an artist who painted an entire canvas; some areas of the canvas are not as pretty as some would like, but the work was a masterpiece, an unfinished one at that.

Continuing to follow in Bryant’s footsteps is how his masterpiece is finished. It is how his canvas becomes complete. It is how we truly cement his legacy as one of the greatest of all time, on and off the court.