Take Me Out to the Bills Game 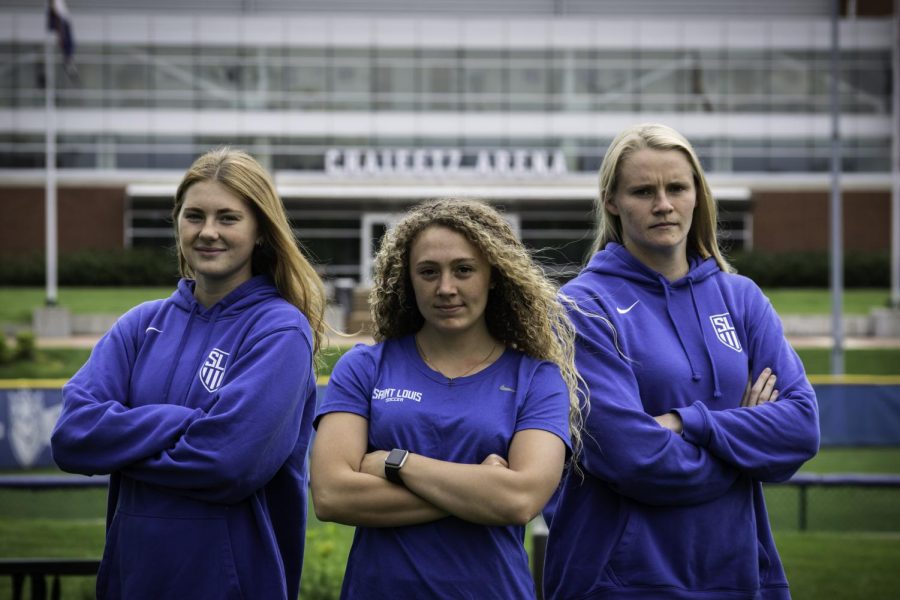 “If you wanna be the wokest woke that ever woke, go to women’s sports events.” Abby Wambach came to speak at SLU last Tuesday and had these words of wisdom for the SLU community. As a longtime supporter of Billiken athletics and a big proponent of supporting both our male and female teams, hearing Wambach say this was incredible. It is no secret that sports see a gap between men’s and women’s teams, so I spoke with SLU students around McDonnell Douglas to learn more about where these gaps may come from and what it looks like on campus. My conversations pointed out some areas that SLU does well and maybe some areas of opportunity.

Wambach came to SLU to speak about gender equality. She has been recognized on the same level as Peyton Manning and Kobe Bryant all receiving ESPY Icon Awards in 2016, but she has led a completely different lifestyle. Wambach’s net worth is $4 million while the other two have over $800 million in combined wealth. She shattered the idea that people do not care about female athletics citing more revenue brought in by the US Women’s National Soccer Team than their male counterparts. These issues impact real women across the US and globally, but it ultimately starts earlier than at the professional level. The NCAA makes public the nearly 3,000 fans per game gap seen in Division I basketball, so what does all of this look like at SLU?

When I get asked about why I have spent hundreds of hours watching SLU athletes compete, I talk about going to support a friend from high school or a friend made in chemistry or biology lab—classmates. I am not unique in this. Many students I spoke with referenced a friend or classmate that they like to support. Billikens support Billikens, and SLU students feel more inclined to show up for their friends than perhaps most other universities. This makes for a dynamic atmosphere while Billikens compete. Unfortunately, it can often be difficult to manage time in college. Senior biomedical engineering major Matt Hren has rarely made it out to watch Billiken athletes, but he frequents Washington University women’s basketball games to watch his sister play. Limited time or conflicts often prevent students from prioritizing a soccer or basketball game, but Parks students clearly show up to support their friends. While this is a special aspect of university athletics, plenty of students show up for other reasons.

The stereotypical image of a Big 10 football match pops into my mind when I think about all the students who show up for Billiken athletics for sheer love of the sport. However, it can be challenging to find those same people at women’s matches. I had noticed this two weeks ago during a Sunday basketball double header. The rowdy crowd which packed the student section at the men’s game quickly diminished to enough students to count on two hands before the tip off at the women’s game. SLU students are not immune to thoughts that women’s teams play with less pace or intensity. This is, however, not the case. If a player cannot dunk, they must find another way to get the ball in the hoop. If they cannot dribble through five defenders, there is an alternative way around. Show up to watch the women. See that they play with just as much heart and intensity as the men. We are not all 6-foot-10’ behemoths. It makes the sports interesting and exciting to see how teams adjust to their strengths.

to more female athletic events. Sports are the great equalizer because that person standing next to you at the basketball game does not care about your differences. They care that you are both cheering on the same team. At SLU, we are all on the same team. We go to class with our athletes. There is a unique opportunity to get students interested in female athletics because of their relationships with the athletes, so get out and cheer on your friends!