What the COVID-19 Fiasco Abroad Can Teach Us About the Virus in the U.S. 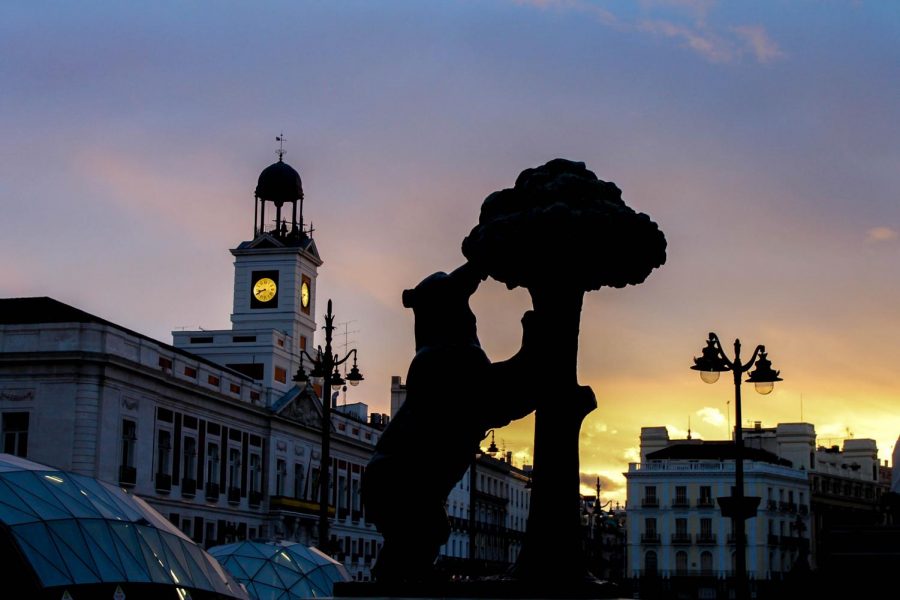 In a time when so many people are facing disappointment and cancellations (at the least), it’s difficult to talk about something as privileged as a study abroad experience. Thousands have died from the novel coronavirus, even more face financial ruin, and I don’t think there’s a single person in an afflicted area who isn’t missing out on something right now. The loss of an opportunity to travel and study in Europe is, for many, a trivial issue right now; it’s not a necessity in the first place, and the focus should be on public health, not our emotions over trips to Italy.

While acknowledging that this is a privilege to begin with, I would like to shed a little light on what it was like for those of us who worked, planned and paid for a semester abroad—and then had it cut suddenly short in the wake of a global pandemic. There is much to be learned from the reactions of the people and the governments abroad when it comes to COVID-19, and we can not be careful or proactive enough.

Coronavirus seemed like a distant problem when I first boarded the plane to Madrid, Spain, where I had planned to be spending the next four and a half months studying at SLU’s satellite campus. I had worked hard to get where I was. It took years of financial, mental and physical planning to be able to seize the opportunity to go abroad; as the pieces finally fell into place, I felt untouchable. I had analyzed every possible outcome, played out every possible scenario and, finally, my dream semester was coming to fruition.

Except, as I would soon come to realize, there are certain situations which simply can not be predicted. COVID-19 was one of those situations. It was the very beginning of February when I heard that the first case had arrived in Spain, but, since it was on the Canary Islands, I brushed it off rather quickly. It felt so far away, like it could never invade the city that I had come to call home. I was sorry that it was happening, but I wasn’t actually worried for my own safety—not in the slightest.

As time wore on, it became clear that coronavirus was not just going to clear up and go away. One night, we received word that study abroad programs in Italy were being shut down, with all of their students being sent back home to the United States. That was our first wake up call, I think. It became evident that this wasn’t just going to affect some of us. This could very easily affect all of us. Chatter on campus began to louden, with rumors circulating like crazy about if and when we could possibly be forced to leave. SLU Madrid basically maintained that we wouldn’t. In an email sent by Student Life on March 2, the campus assured us that, “With over 400 resident students, SLU-Madrid will still be open. The city is safe; Spain is not in a state of emergency; Spain has an outstanding healthcare system for all. Indeed, we feel that the best option for the learning of all students would be to continue their studies onsite alongside with our resident students here in Spain.” Four days later, as cases continued to grow exponentially, we received an email that SLU Madrid was installing hand sanitizer wall dispensers.

I was on the London Underground for a weekend trip—something that I was looking forward to continuing in my time abroad—when I heard that Madrid was closing down all schools, public and private, primary and university, for two weeks. I called my mom to let her know what was happening, but assured her that Spain was still safe, and that I was not going to have to leave. That was the message being fed to us by our school, and that was the message that I so desperately wanted to believe. It was made clear by Student Life that if we wanted to leave, we could, and that the campus and faculty would support us in that personal decision. But I—along with most of my peers—was in such a state of denial that I couldn’t see the disasters unfolding around me logically. I didn’t want to leave. And so I told myself, over and over again, that I wouldn’t have to.

Just a few days later, I woke up to a state of panic when I learned that the United States was shutting down borders. The closing of airports and commercial flights was going to soon follow suit. Leaving was no longer a distant possibility. It was a reality. And it was one that I was incredibly fortunate to seize so quickly. Flight prices were rising by the minute, and entire airlines were selling out quickly. People were wondering if they were even going to be able to get home. It was absolute chaos, the kind that I never could have dreamed would mark the end of my experience in Spain.

I left the next morning, still in complete shock about what had happened. And, watching this all unfold in Spain and all of Europe, from a continent away, I am able to look back on my experience and realize that there were a few key places where we all could have done better.

No one wanted to cause a panic, but it is clear to me now that we could have prevented mass panic by taking mass precautions.

The first problem came with the media and government responses in Spain. I remember reading countless articles which guaranteed that the situation wouldn’t get as bad in Spain as it was in Italy, as Spain has an outstanding healthcare system and was “prepared” for what was to come. Even as things began to get more serious, any measures taken were declared as simply “precautionary.” The lack of urgency radiated through the country, and it was evident by the behavior of the people. My host mom insisted that we stay and went about her every-day business. Restaurants and bars stayed open. Permanent students and study abroad students alike were assured by everybody to trust the healthcare system. And the public response reflected more trust than was probably safe or necessary.

The public response to COVID-19 was practically non-existent in Madrid. Up until that very last week before the travel ban, life proceeded as normal. The Metro was always packed. The parks were bustling. Our walks to campus took place on sidewalks that were just as crowded as always. When one of us acts fearlessly, others are sure to follow suit, and that mass defiance can have serious consequences. We see everyone else carrying on and take it as a sign that we, too, can carry on. And that is simply not the case.

The university response is one that I understand, but one that was also somewhat frustrating to us SLU students. Other campuses, like Baylor and Clemson, continued to withdraw their students, insisting on their return home, but we never received a definitive answer. Of course, we are old enough and capable enough to make our own decisions. Of course, no one could have seen the travel ban coming. Yet, it was difficult to feel like we were always in a state of limbo, and were even being encouraged to stay while others were encouraged to go. It wasn’t until the absolute last minute that the administration “suggested” for students to return home, and by that point, airports—not to mention the entire world—were in a state of complete disarray and disaster.

Finally, our personal responses to the evolving pandemic were, to put it frankly, problematic. Many, myself included, refused to admit that there was a problem until that problem directly affected us and our own hopes and dreams. It’s easy to feel like the problem is a million miles away when it isn’t your own dying, struggling and suffering. But the reality is that we are all so, so intertwined as a global community. What affects one of us will eventually come around and affect all of us. I wish I had seen the legitimacy of this awful virus with open eyes, instead of staring through a lens of privilege and apathy simply because I didn’t think it would ever catch up to me.

In a situation that is constantly evolving and that spans such uncharted territory, no fault can be placed on anyone for responding the way that we did. We all could have done better, but perhaps we simply didn’t know any better. As we’re seeing by the increasing lockdown measures around the world, we do know better now. The first case to hit mainland Spain wasn’t even a month ago—and now, it’s right behind China and Italy. No matter what the government and university and everyone else told us, Spain was not ready. So if we can flatten this curve in the United States by something as simple as social distancing, we should be jumping at that chance. Not complaining. Not joking. Not trying to find a loophole.

It never seems possible until it’s happened. Let Europe serve as an example of the weight of this situation, and let us all take care now so that we aren’t sorry later.

Stay home and wash your hands. We’re lucky that here and now, we know what to do. It’s time to actually do it.